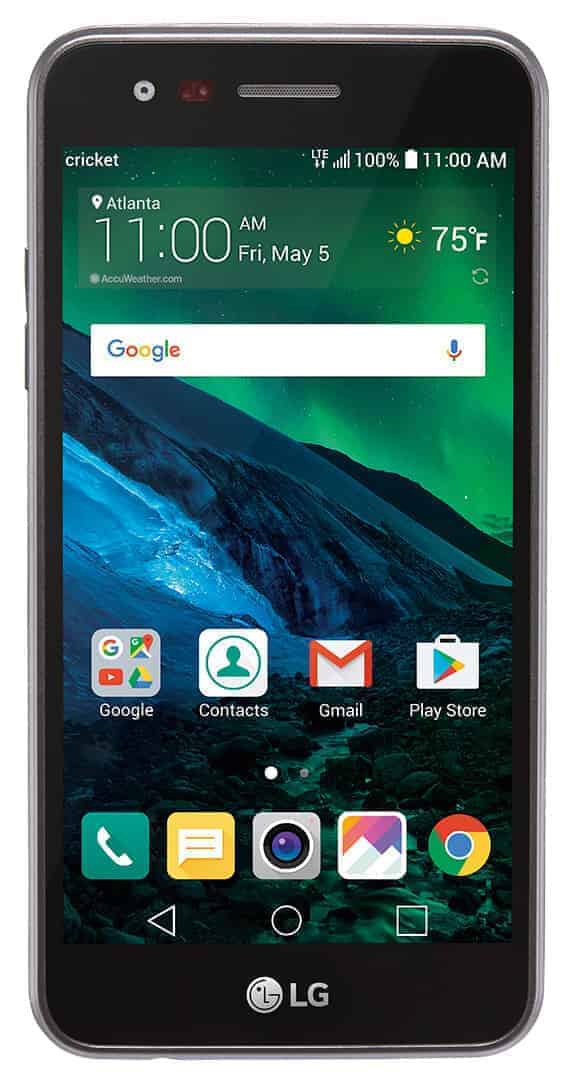 Cricket Wireless is now selling the LG Fortune, a recently announced entry-level smartphone. The US-based wireless carrier has priced the device at $89.99 for people looking to acquire the phone with a plan. High-speed data plans by Cricket Wireless which are supported by the LG Fortune include 3GB, 8GB, and 12GB plans. There is also an unlimited high-speed data plan which can be purchased for $55 a month. However, if you consume more than 22GB of data in a single billing cycle, your data speed will likely be throttled when Cricket's network is experiencing heavy traffic.

As for the LG Fortune, the device packs modest specs and was designed for less demanding users. Its hardware includes a 5-inch display with a resolution of 480 by 854 pixels and the Qualcomm Snapdragon 210, a low-end chip equipped with a quad-core CPU clocked at 1.1GHz and the Adreno 304 GPU. Memory-wise, the LG Fortune packs 1.5GB of RAM and 16GB of internal storage which can be expanded by up to 32GB via a microSD card. The LG Fortune also sports a 5-megapixel rear camera assisted by a LED flash and is able to shoot 720p videos at 30fps. Selfies are handled by a 5-megapixel camera on the front of the device. The LG-made handset is powered by a 2,500mAh battery which is removable. The smartphone is running Android 6.0 Marshmallow out of the box and it likely won't be upgraded to Nougat.

If you take a look at the back of the LG Fortune in the gallery below, you will notice a dimple below the rear camera. This happens to be a power button which Cricket Wireless says is extremely easy to reach. The device also supports a few unique features created by LG. One of them is the so-called Knock Code which allows you to set a personalized unlock pattern that can be tapped anywhere on the display. QuickMemo+ is also included, allowing you to take notes, comment, and add captions and drawings to photos which can then be shared. If you are interested in the LG Fortune, you can check it out by clicking on the source link below.