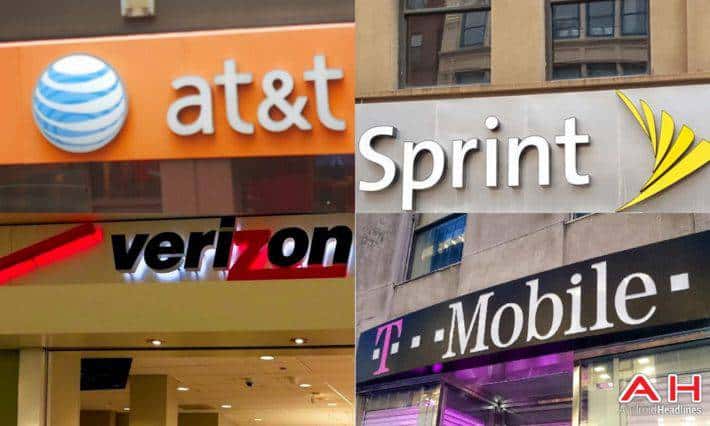 Counterpoint’s Market Monitor program has released its Q4 numbers for the US smartphone market in 2016 and the results are modest. Upgrades and switching in the second half of the year is really the driving force for the growth. Mostly attributed to the iPhone 7 release and the traditional season promotions, the Q4 US smartphones grew 6.3% Year over year bringing 2016 to 1.1% year over year. According to Counterpoints Research Director Jeff Fieldhack, people are keeping their phones longer which means lengthy upgrade cycles. In spite of that Apple was able to grow its market share by 38.7%. It also has its best year for Android users switching to Apple, however, that could be mostly to do with Samsung’s Note 7 debacle.

Fieldhack also made some remarks concerning Google first phone, the Pixel, and Pixel XL. He believes the Pixels had a successful launch even with the shortages they experienced. He believes that volumes would have been higher if not for that. He also believes Verizon was the big winner with the exclusive deal it struck with Google and the fact both companies co-marketed so heavily only helped Verizon. Samsung lost 5% during the last quarter, but when you lose one of your flagship phones that should come as no surprise. It did well to minimize those losses with success from the J-series coupled with promos for the S7 and Edge phones. ZTE and Alcatel had successful 2016 with ZTE growing 10.7% and Alcatel shipments growing 84%.

All carriers seem to be competitive all year, but the Big 4 still seen phone activations decrease 1% year over year. Both Verizon and Sprint grew 2% and 2.7% respectively. AT&T seen a decline at 7.6% and claims that do to the BYOD program. T-Mobile declined 1% but dominated Q4 by getting 68% of the phone adds at the end of the year. We can expect a possible increase this year with carriers offering unlimited plans. Some will attach free or heavily discounted phones to try and persuade consumers to switch. Within all the carriers it seems all OEMS had some growth but nothing huge. Phones less than $200 did increase and it is expected that will continue to grow going forward as consumers are looking for cheaper options. 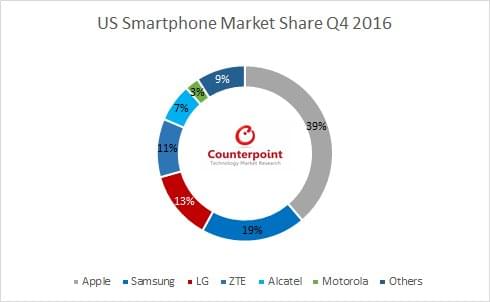 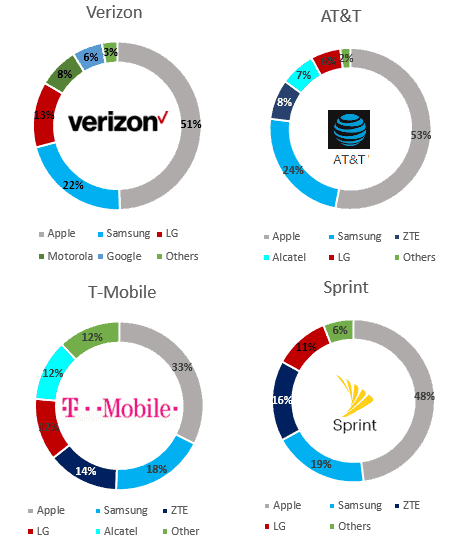