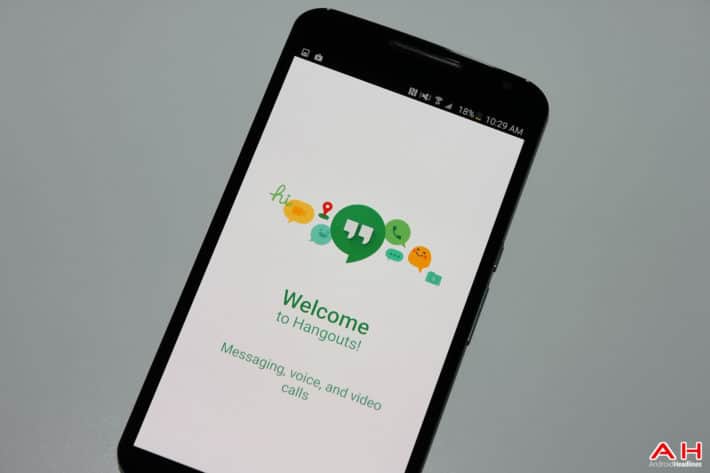 Google's Allo and Duo chat apps are aimed squarely at consumers, but with many still clinging to Hangouts, which is being slowly shifted more toward the business world, the head of product for Allo and Duo, Amit Fulay, recently took to Twitter to reassure users that the current consumer version of Hangouts is "not going anywhere". This news comes amid Google splitting the business version of Hangouts into Chat and Meet, two separate clients for video chatting and text chatting, among other features. Rumors and speculation have pointed to Google making Hangouts enterprise-only and pushing consumers towards Allo and Duo, but Fulay's Tweet, made in reply to a curious user, stands as assurance that, for now at least, that won't be happening.

Not long ago, Fulay actually stated outright that Allo and Duo are meant for the consumer space, while business users should be looking more to Hangouts. While his Tweet seems to contradict this on the surface, the message is fairly clear; Hangouts will remain an option for consumers indefinitely, but its functions will shift more toward the business world, while Allo and Duo will likely begin picking up all of the functions that Hangouts users have come to love over the years, such as a full, cross-compatible desktop client and cloud syncing that allows a user to keep their account details, chat history, and sent files between devices and platforms.

This strategy has created a bit of a dichotomy among consummate users of Google services and apps, which can even be seen in the replies to Fulay's Tweet. While some users are more than ready to bid Hangouts adieu and see Google commit to Allo and Duo, others are glad to have it stick around as an option while Allo and Duo are fleshed out, or even want it to be available permanently as an alternative to Google's two new chat apps. Google's current strategy for the three apps seems to be progressing slowly, and somewhat confusingly. While features coming to Hangouts for G Suite users are making the dichotomy a bit clearer with each update, consumers who have used Hangouts for some time and enjoy its features still have little reason to make the jump to the two newer apps, a predicament that Google's developers may well be working on fixing soon enough.