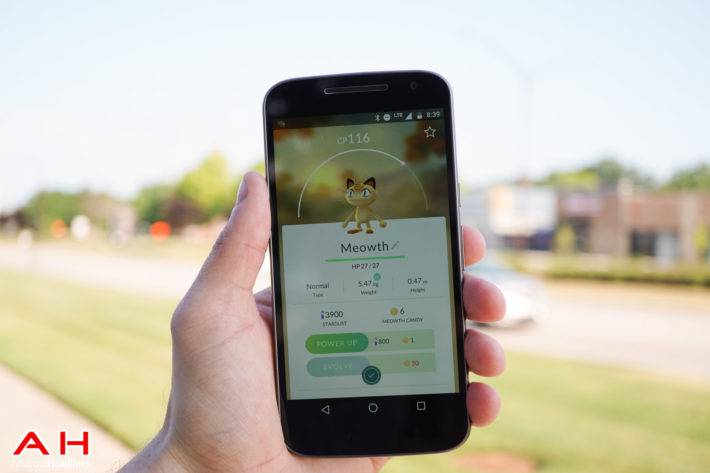 Pokemon GO launched last Summer, and it quickly became one of the most popular mobile games ever. In fact, it became so popular, so quickly that Pokemon GO couldn’t keep up, and neither could Google who was powering the game with their cloud servers. Since last July/August, Pokemon GO has definitely dropped in popularity, but according to the latest report out of comScore, there are nearly 5 million people still playing the location based game every single game.

The game launched on July 6th, 2016 and by July 13th it had peaked at 28.5 million users per day, which is pretty impressive, especially for the first week. Not to mention the fact that the game wasn’t available worldwide, but only in certain countries (many people were sideloading the game so that they could play). Since around September, numbers have steadily decreased, with only small jumps in daily users – which are mostly centered around the in-game activities that Niantic Labs has been doing, as well as the launch of the second generation of Pokemon monsters.

Pokemon GO became such a popular game mostly due to the fact that most people, even young adults, grew up with Pokemon. So it hit the market with a bit of nostalgia. Parents have been trying to get their kids to play the game, seeing as it forces them to go outside and do some walking, which in-turn makes them a bit more active (and some people have actually lost quite a bit of weight playing Pokemon GO). The game encourage walking, much like Niantic’s first game, Ingress. Which is a good thing, seeing as many games just force you to sit down on a couch and play all day.

While Pokemon GO likely won’t be hitting the huge numbers it did when it first launched last July, again, it is still seeing quite a few players actually playing the game every day, which is still just as important. Around 5 million players per day, is still higher than most other games, if not all other mobile games. Niantic and The Pokemon Company also have a slew of updates planned for the game in the near future to keep people playing. 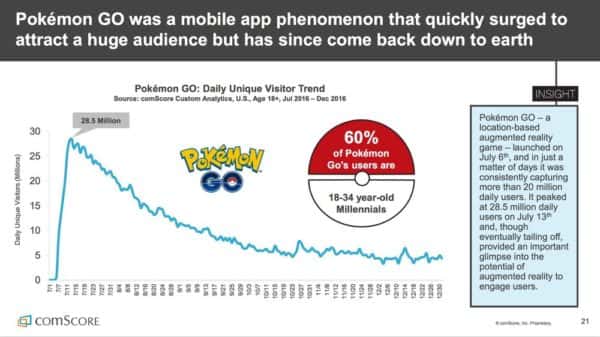