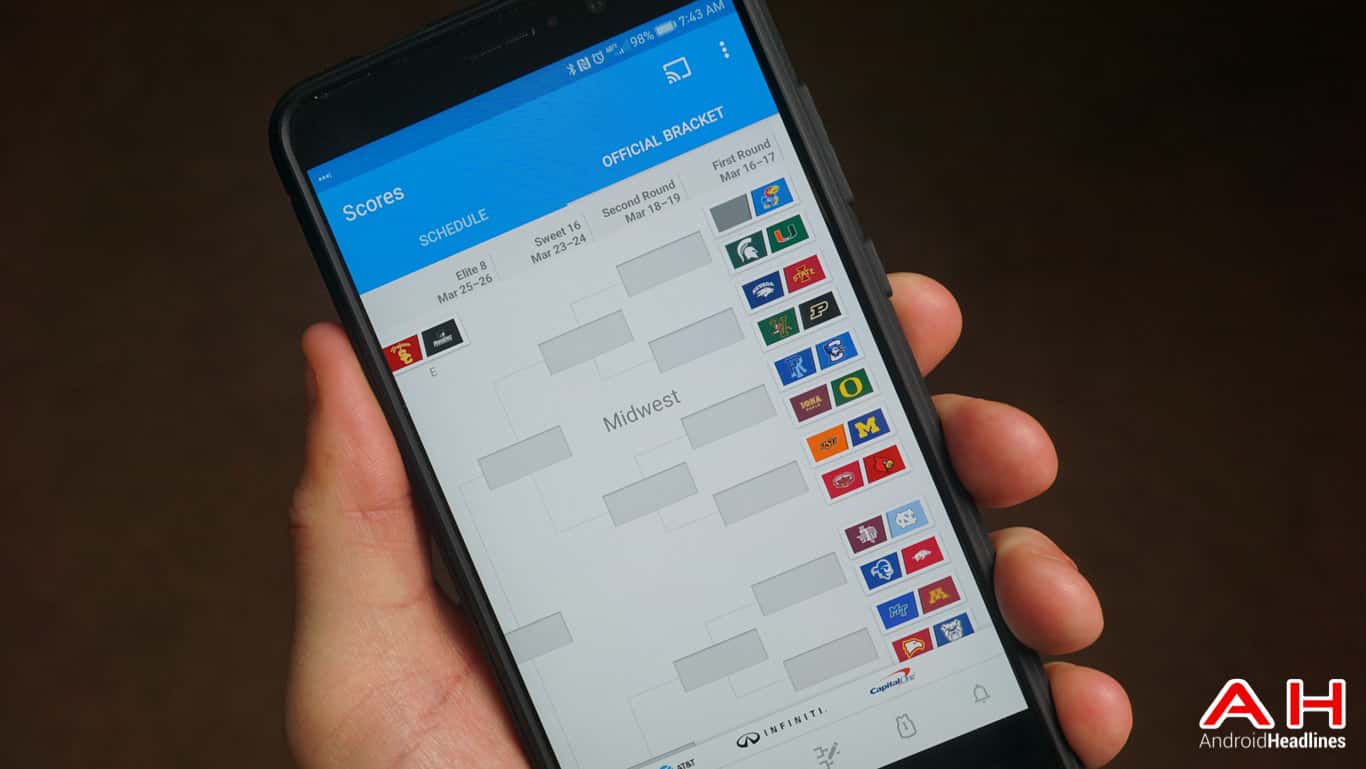 This past Sunday, the NCAA announced the brackets for the 2017 NCAA Tournament which began yesterday actually, and the field of 68 has already been narrowed down to 64. For many cord cutters out there, they are likely wondering how they can watch all of the games in the tournament (or at least follow their team) without having a cable subscription, or being away from their TV. Well the easiest way is to use the NCAA March Madness app. This year, the games are primarily on CBS, TNT, TBS and TruTV, so with the NCAA March Madness app, you'll be able to watch everything on CBS without needing to login through a TV provider.

One of the neat features of the NCAA March Madness app is the fact that it works with Chromecast. Allowing you to essentially Chromecast any or all games to the big screen from your smartphone. Which is definitely a nice feature to have, especially for cordcutters. Now the NCAA March Madness app doesn't just show you all of the games, but it will also keep you updated on scores and highlights and also break down the brackets for you. So you can see who beat who and who's next. It's a great app to download onto your smartphone, especially if you are one who is a huge basketball fan and won't want to miss a minute of the action.

As we've noted already, the NCAA March Madness app is a free app for Android (it's available on iOS as well), which makes it a great choice for watching all the action this March, leading up to the National Championship game in the first week of April. The NCAA Tournament is one of the most watched sporting events of the year, and it lasts a full month, which is a big thing for sports fans, undoubtedly. You can download the NCAA March Madness app from the link below. Remember that you don't need to login to your TV or Satellite provider, unless you're attempting to watch games on TNT, TBS, or TruTV's networks, as those are cable channels while CBS is an over-the-air channel which everyone gets.