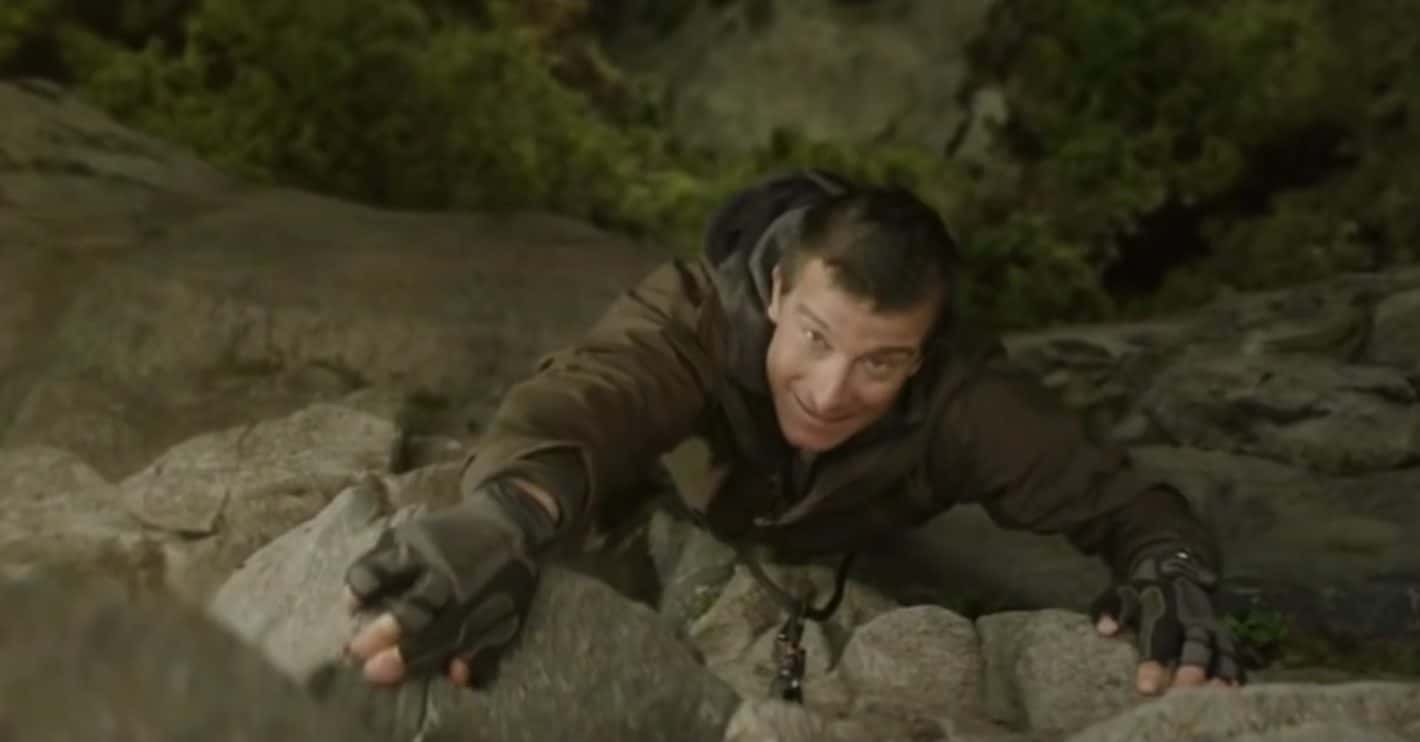 Samsung just released a new video commercial for its new Gear S3 Frontier smartwatch, which guest stars popular survival expert, Bear Grylls. The British explorer, who is probably one of the most recognizable faces of outdoor adventure, is showing off his ultimate self-rescue skills in Samsung's latest ad. On TV, Grylls shows us how to survive in the wild without the help of technology, but this time around the adventurer has taken the sporty Gear S3 Frontier smartwatch for a spin, as he attempts to make his way through a gloomy forest.

In the short clip, Grylls showcases the wearable's rugged build, barometer, IP68 certification for water and dust resistance, altimeter, S Health and weather apps, while also trying to escape the rain and build himself a fire to keep warm. Eventually, he manages to reach the peak and enjoy the beautiful view. All with the help of Samsung's new intelligent timepiece. For those who enjoy watching Grylls' characteristic squirming routines – the adventurer eats a fresh larva he just pulled out of a three truck.

The Gear S3 Frontier features a circular 1.3-inch always-on Super AMOLED display with 360 x 360 resolution and Gorilla Glass SR+ for protection. Introduced with the Gear S2, the rotating bezel that allows users to reject calls and perform other functions with a simple twist of the bezel, is also present on the Gear S3 Frontier. Under the hood of the smartwatch, there's a 1 GHz dual-core processor which works hand-in-hand with 4GB of internal storage and 768 MB of RAM. The wearable is powered by a 380 mAh which according to Samsung should last up to 4 days of moderate use – another good reason to take the smartwatch along with you on your next hiking trip. It is also worth noting that Samsung's current smartwatches don't run Android Wear, but Tizen OS out of the box. The Gear S3 Frontier boasts a sportier, more rugged look, compared to the Gear S3 Classic which is more suited to complete a business attire and users can also easily customize the Gear S3 Frontier (as well as the Gear S3 Classic), as the straps on the watches can be replaced with any 22mm watch bands.