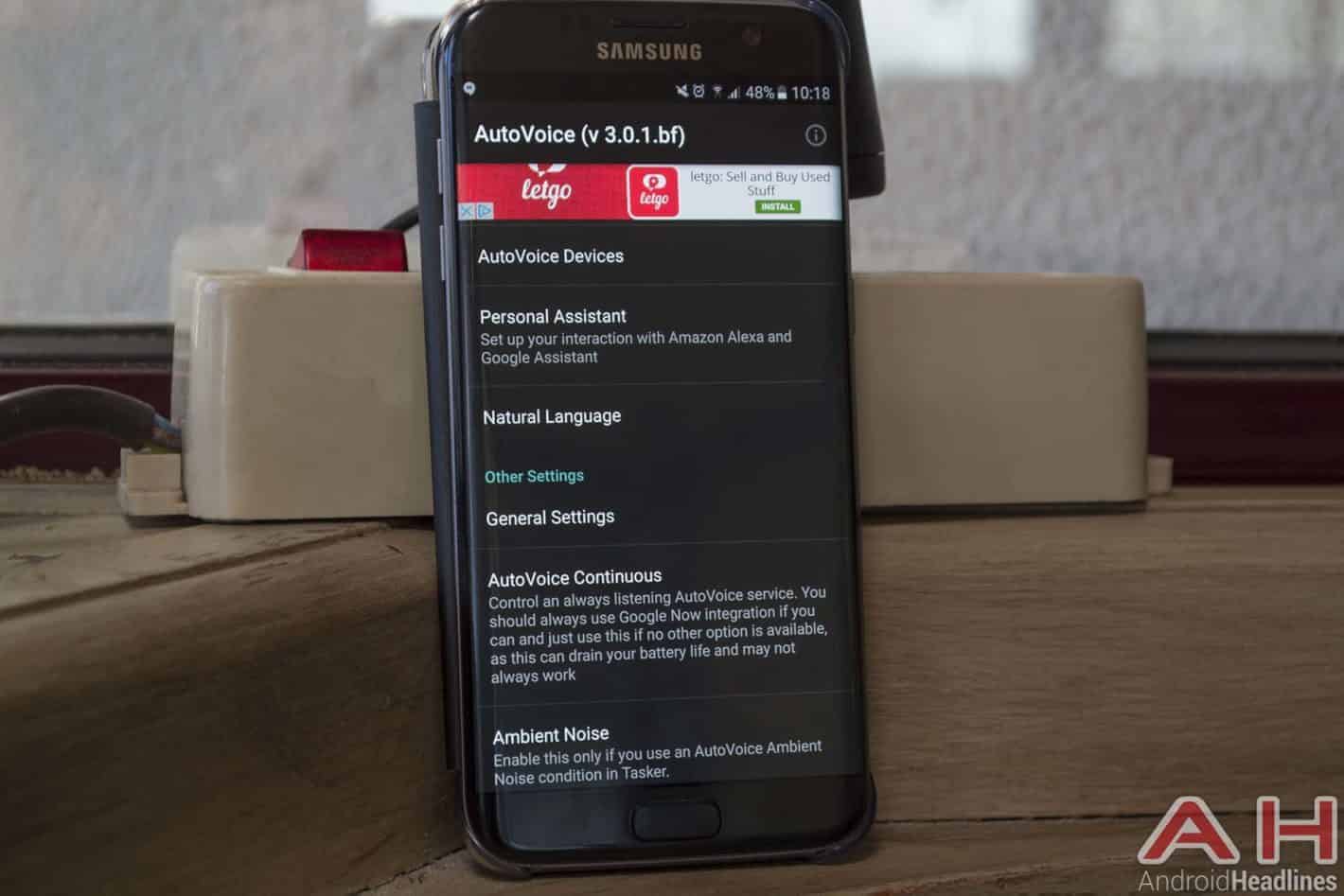 The AutoVoice app for Android devices recently received support for the Google Home and Amazon’s Echo speakers. Developer Joao Dias has been experimenting with the feature in beta for the last few weeks and it seems that the functionality is now finally ready to be used in the stable version of the popular app that wasn’t designed for independent use and is instead a Tasker plugin. As of version 3.0, AutoVoice can communicate with both the Google Assistant and Amazon’s Alexa supported by your connected speaker. In other words, the Echo and Google Home can now accurately identify voice commands for Tasker. All you have to do to access this functionality is to install Tasker, set it up, then say “Alexa, open AutoVoice” or “ok Google, open AutoVoice.” This self-explanatory command will allow you to start dictating orders to Tasker, the developer says. A short demonstration of this new AutoVoice feature can be seen in the video below.

In addition to the support for the Echo and Google Home, the latest update for AutoVoice also introduces support for natural language commands, meaning you’ll be able to use a wider variety of different orders to command Tasker to do something. The idea behind this feature was to allow users to dictate orders to Tasker in a natural manner without overthinking about what kind of syntax and vocabulary they’re using. This improvement isn’t included in the free version of the app and is instead bundled with a $0.99 monthly subscription fee that was primarily imposed to pay for the servers that the natural language support requires. This support also extends to IFTTT recipes, the app’s changelog reveals.

Other than that, the latest version of AutoVoice is still the same, reliable Tasker plug-in that advanced Android users have been enjoying for years. The app works on all devices running Android 4.0 Ice Cream Sandwich and newer versions of Google’s operating system, so you should be able to run it on most contemporary handsets. You can download AutoVoice from the Google Play Store by following the link below. Naturally, you’ll also have to install Tasker before you’ll be able to use this plugin.