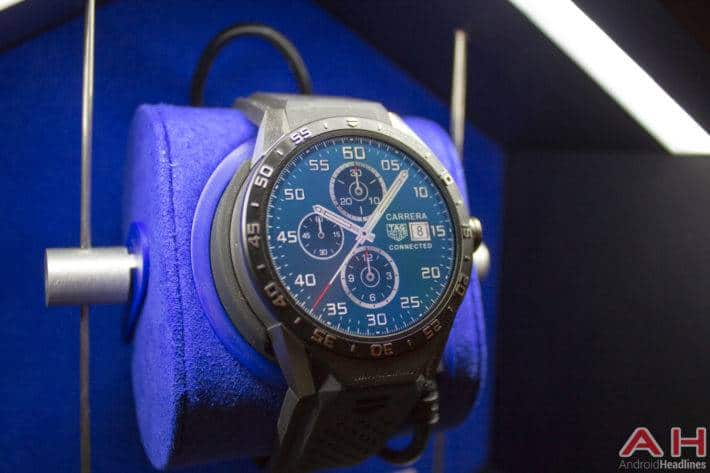 The CEO of Swiss watchmaker TAG Heuer has reported confirmed that Android Wear 2.0 will be arriving on the original TAG Heuer Connected smartwatch by the end of this month. It was just a short year ago that TAG Heuer announced that they were throwing their own twist of Android Wear into the smartwatch field with their first ever device, aptly named 'Connected.' Nobody was sure just how the $1,500 watch would sell in the smartwatch arena where prices are typically much lower – more in the $200 – $300 range, but TAG Heuer underestimated its appeal, and the first 15,000 watches sold out in no time. No sales figures have been released for 2016, but it is estimated that around 60,000 TAG Heuer Connected watches have been sold. So it will be welcomed news that the expensive timepieces are due to be updated with the latest version of Android Wear, 2.0, in the next couple of weeks.

It does seem to be clear that the original smartwatch has sold enough to warrant a follow-on device as TAG Heuer has recently teased a new model, the TAG Heuer Connected Modular 45. Although, very little is currently known about the new model, other than the '45' in the name refers to the 45mm size of the device, and it comes with a starting price of $1,650. It will certainly have Android Wear 2.0 on board, and comes with multiple colored watch bands. In fact, buyers will have their choice of materials such as titanium, diamonds, 18K Rose Gold and more for the lugs. Rumor has it, the new model will be available sometime in March, which could mean that both models will tout the newest Android Wear 2.0 at the same time.

Android Wear 2.0 brings about some huge changes to its smartwatches' features – one of which is the ability to make Android Pay purchases, provided the device has NFC built into the smartwatch. The TAG Heuer Connected does not have NFC, but the new Connected Modular 45 does have NFC capabilities. The addition of Google Assistant is another big deal and a way to help spread its usefulness. You will have the ability to download apps directly onto your smartwatch from the Google Play Store, rather than going through your smartphone, and the user will have more options to customize with new watch faces.