If you own the NVIDIA SHIELD Android TV, then you are most likely running Android 7.0 (Nougat). The 2017 NVIDIA SHIELD comes running on Android Nougat out of the box, while the 2015 version received its OTA update back in January. If you own the now-discontinued Nexus Player, then you currently have the option to go one better as the Nexus Player’s Android O update is now available to download and install manually. This is only a developer preview of the next version of Android TV, but it is still available. You can find out how to download and install the update yourself by clicking here.

However, if you are the owner of the Xiaomi Mi Box, which in reality is one of the newer Android TV devices to become available, then it seems you are likely to still be running Android 6.0 (Marshmallow). This is the operating system version which came running at launch on the Mi Box and so far, Xiaomi has been shy when it comes to providing any firm dates on when it will begin rolling out the Android Nougat update to the Mi Box. Although, that might be able to change as over the last week or two a number of user reports have been coming through stating that their Mi Box has been updated to Android 7.0 – as shown below by one user on Reddit. 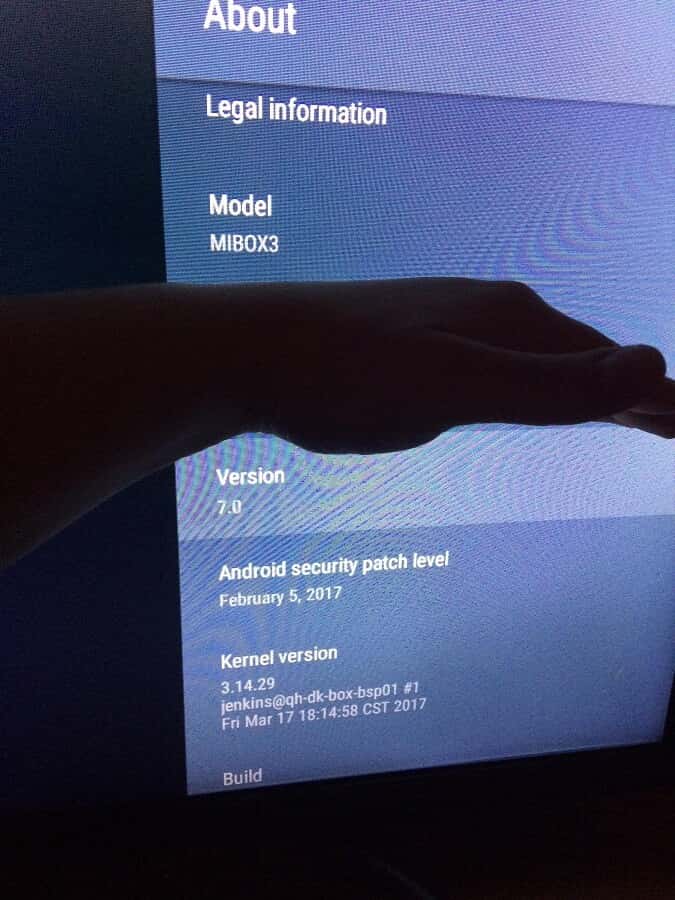 If you are waiting on the Nougat update for your Mi Box, then it is worth noting that this currently does not seem to be a wide roll out. From the limited information available, it seems that a select number of users who were part of a beta testing group for the Mi Box (prior to launch) have started receiving the update to Android 7.0 on their beta machines. At the moment it is unclear if all beta users have received the update, although that would be the likely assumption. More to the point, while there is still no word from Xiaomi on the rolling out of Android 7.0 to consumer versions of the Mi Box, this would seem like a good indication that the update is nearing a proper release stage. With the Mi Box being one of the newest Android TV boxes on the market, it would be expected that it would be more on top of rolling out Android updates than other devices. Especially considering that this is the company’s first Android TV box and if Xiaomi has plans for a second box, then there is a chance that the speed of updates could be one of the factors that influences the decision of potential buyers as to whether they upgrade or not.

Of course, Xiaomi is not the only Android TV device manufacturer to be slow with updating their device(s) to Android Nougat. In fact, this seems to be quite a common problem with a number of the built-in solutions of Android TV, which also still seem to be residing on Android Marshmallow. Although, the difference between those devices and the Mi Box is that TVs powered by Android TV do not push Android TV as their main selling point. The Mi Box by contrast, is only useful as an Android TV box and so regular updates is likely to be of more importance to buyers of a Mi Box, compared to buyers of an Android TV-powered TV. In either case, if you do own the Mi Box, then you might want to be manually checking the update tool in settings a little more regularly over the next few weeks – as it could be case that Nougat is preparing to become available for your device.