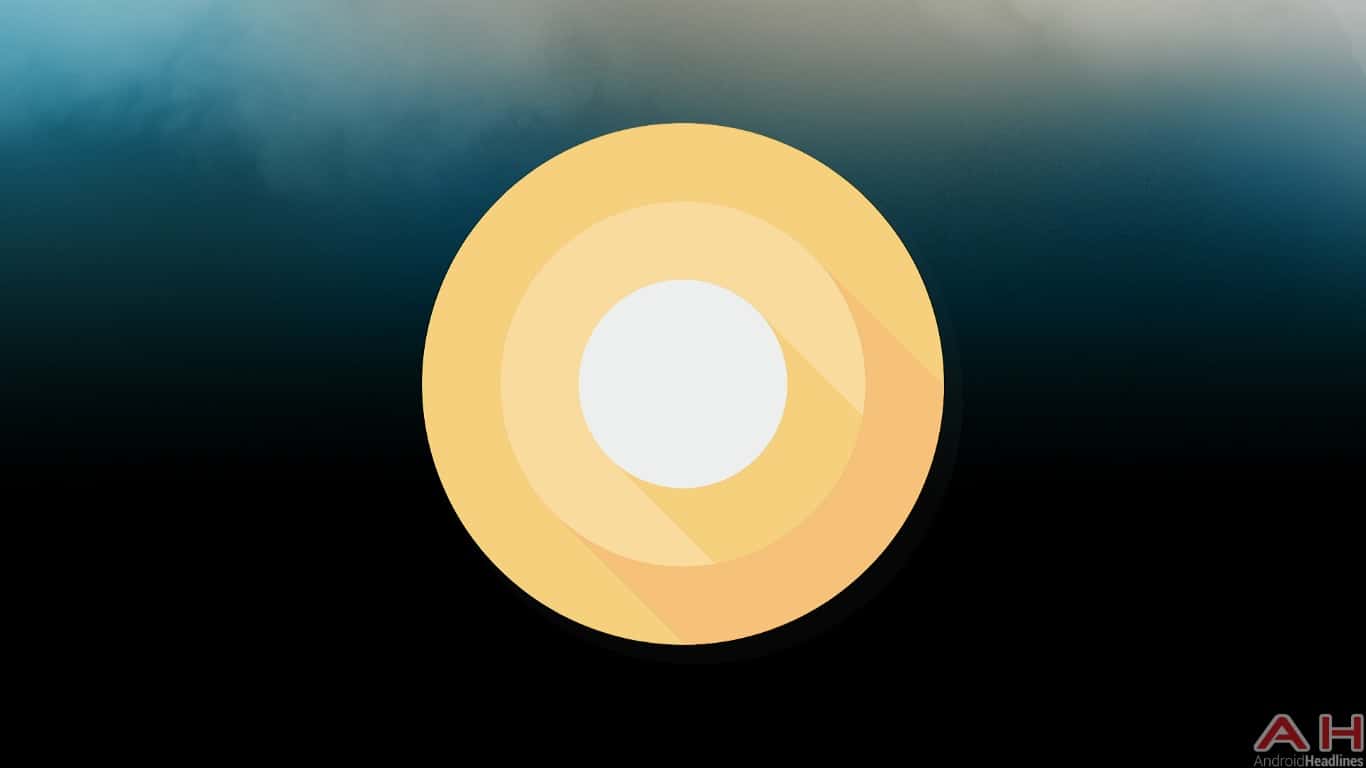 This week Google released the first factory images of Android O. As a result, those looking for a very early taste of what the next version of Android will offer can flash a factory image to their device. This includes owners of the Nexus Player which is currently the only Android TV device that you can install Android O on. The good news is that installing Android O is almost as easy as installing O on any other device, although there are one or two things to do differently. So if you are already familiar with the process, then this will be a breeze. If you are new to flashing a factory image, then here is what you need to do. Keep in mind these instructions are specific to installing the factory image using Windows and this process will erase everything on the Nexus Player – so backup what you want to keep.

Download Android Studio or at least the Android SDK and the latest version of Platform Tools, click here.

Power up your Nexus Player, head to settings, then to the ‘About’ section and then down to build number. Click on this seven times and until you see the prompt that you have enabled developer settings. 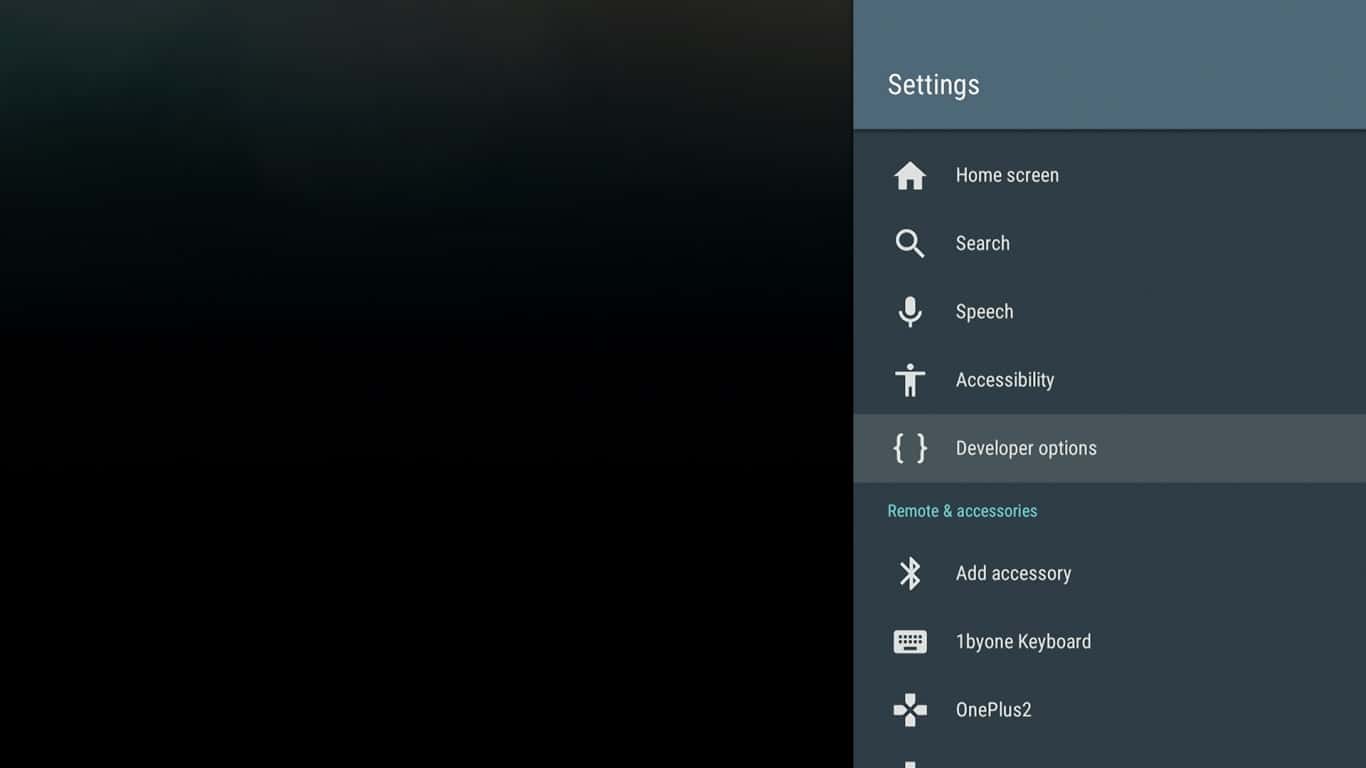 Exit out of the ‘About’ section,. Scroll down until you see the Developer Options tab (shown above) and click it. Once in, scroll down to “Debugging” and make sure to enable it. 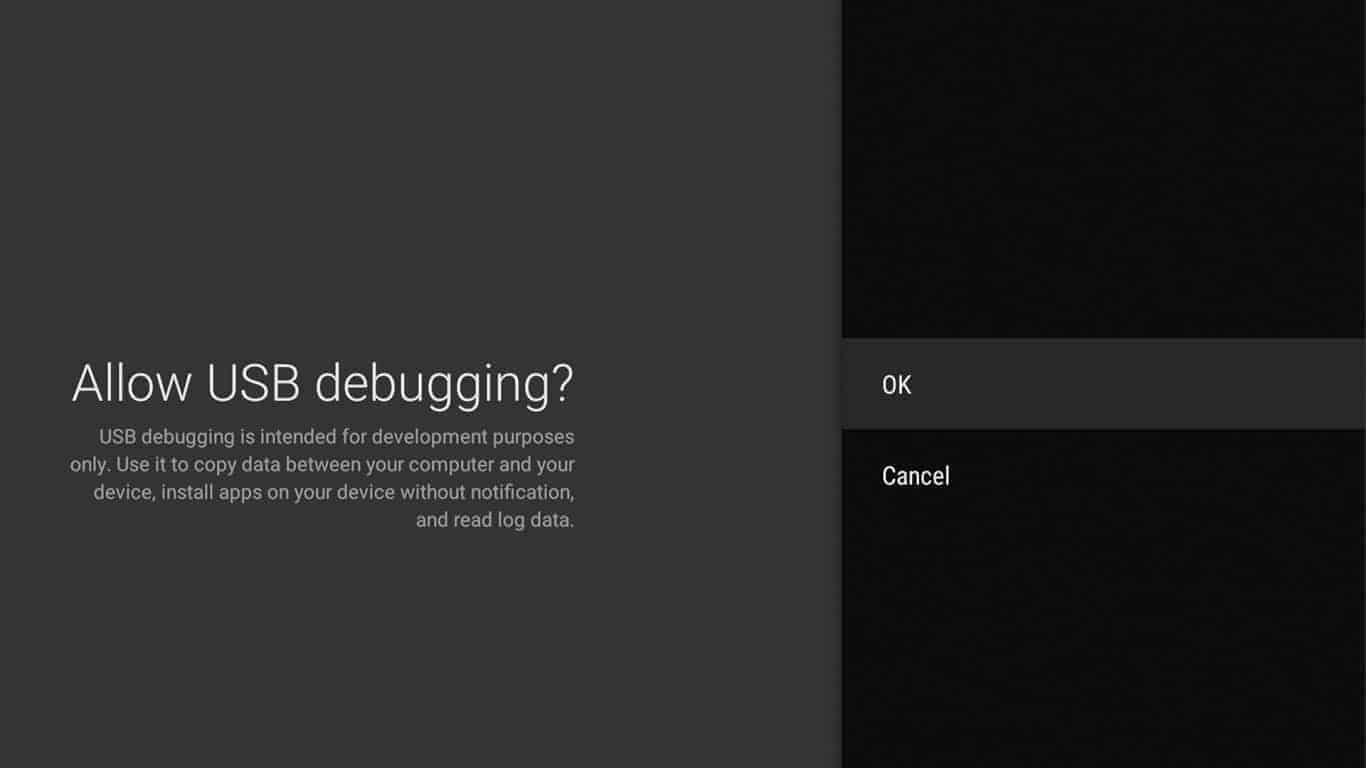 Once done, connect the Nexus Player to your computer via a microUSB to USB cable. Navigate to the Platform Tools folder you downloaded earlier and while holding down the shift key, right click on the mouse and select “open command window here”.

Once the command window is open, you can check to make sure your Nexus Player is connected by typing in the command adb devices. If your device shows up (will likely just list a number – but as long as a number is listed, it is connected), type in the following command to reboot the system into bootloader mode.

This will reboot the Nexus Player into a mode where you can better control the device from your terminal and will look like this. 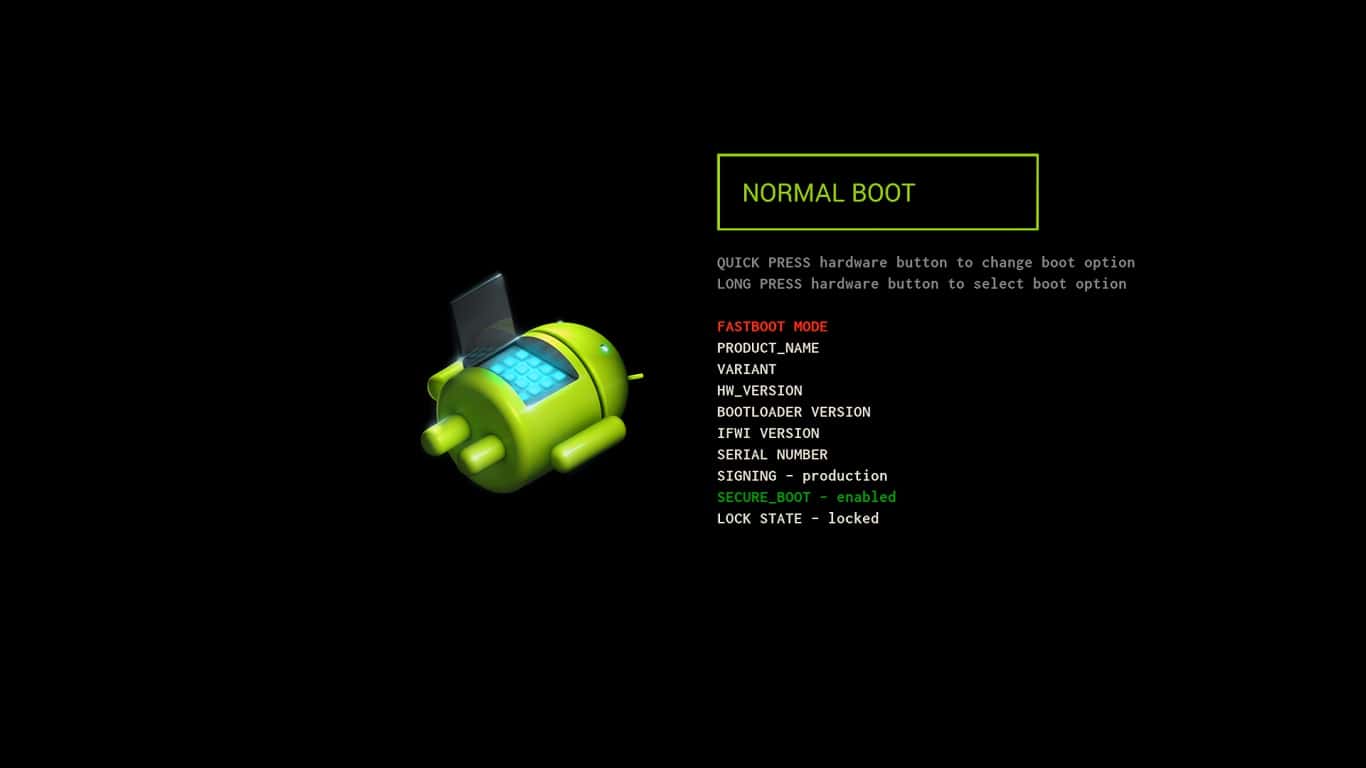 Once in this mode, if the Nexus Player has never been unlocked before, then you will need to quickly unlock the device by typing in the following command:

You should either see a message saying the bootloader has been unlocked or a prompt asking whether you want to unlock the bootloader. If the latter, navigate to yes by using the button on the base of the Nexus Player – if the remote control does not work. Note: the first time you run the command, it might say failed. If it does, run the command a second time and it should go through without issue. At which point, everything on the Nexus Player will have been erased by way of a factory reset. Including all of your data.

This will then run through the process of installing Android O on your Nexus Player. The process will take a few minutes to complete but once done you will see a prompt appear in the command window confirming that it has finished. At which point the Nexus Player will reboot normally on its own. Once rebooted, not only will you be presented with Android O, but also a clean version of the system. So you will need to setup the Nexus Player again as a fresh device. 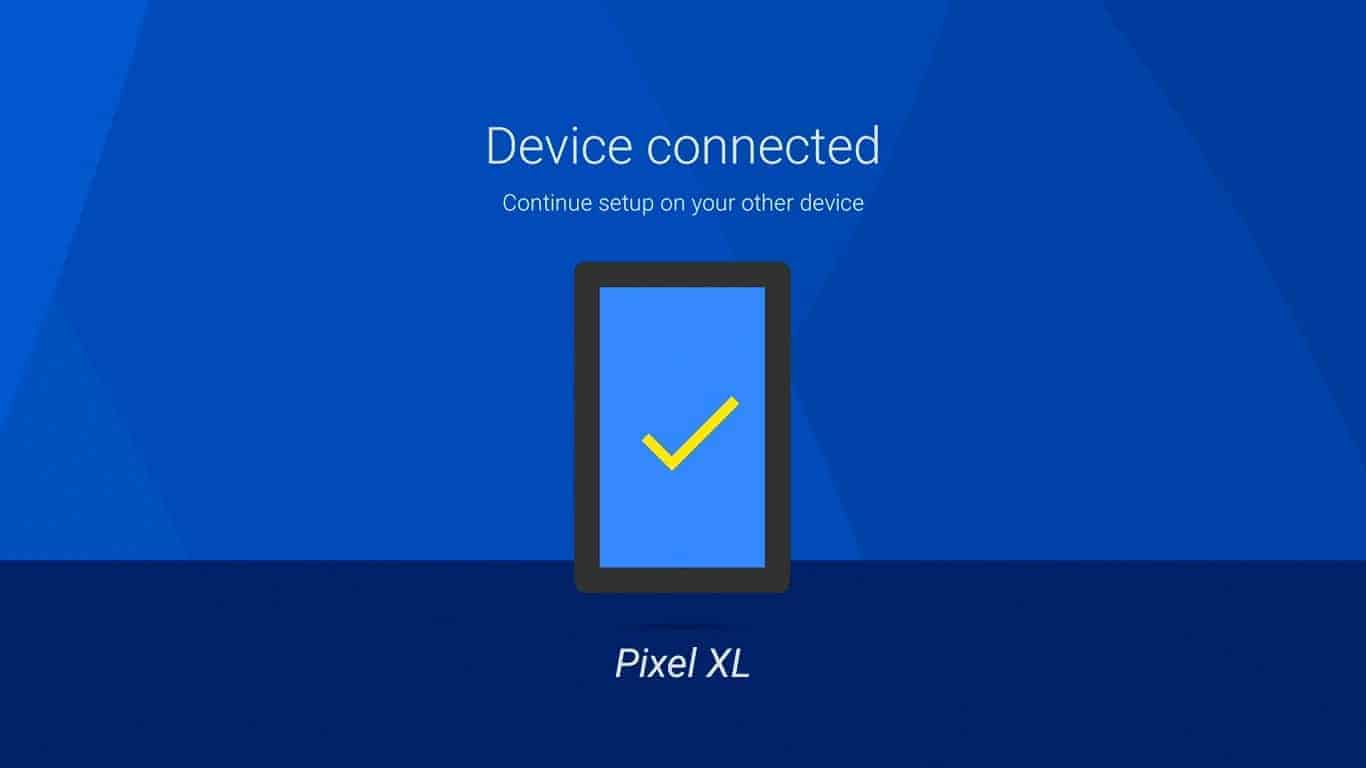 However, before doing that you might want to consider re-locking the bootloader again. As this is a clean install, you will need to boot the system first, head to settings, activate Developer Options again and activate Debugging again, before you are able to establish a connection with the Nexus Player. Once done, and while still connected via USB, initiate the bootloader command again.

Once in bootloader mode, enter the command:

Welcome to Android O on the Nexus Player.