Android Nougat is now on 2.8% of devices according to the most recent Android Distribution numbers, which Google has just released over on the Android Developers web site. This increase is based on both Android 7.0 and Android 7.1 Nougat, with 2.4% of that being Android 7.0, and the remaining amount being Android 7.1, which is likely to be mostly Pixel and Pixel XL devices. This amount might not seem like a lot, and in the grand scheme of things it really isn’t, but it is a pretty big increase compared to the amount of devices which were running on Android Nougat in last month’s numbers as it was reported that Nougat devices had barely exceeded 1% at the time, which was a fairly small increase from Nougat devices back in January when they were reported to be at just 0.7%.

While Nougat devices did see an increase in adoption this month, so too did Marshmallow as it has now increased to being on 31.3% of devices compared to just 30.7% of devices from February’s distribution numbers. That being said, Marshmallow’s increase is still not as good as that of Nougat, which should say at least something about the nature of how quickly manufacturers have been getting Nougat out to devices over this past month.

Moving on down to older versions of the Android software, devices running on Android 5.1 Lollipop stayed the same compared to the numbers from last month, while devices running on Android 5.0 saw a slight decline from 9.8% to 9.4% with this month’s numbers. KitKat devices also saw a decrease in numbers as the number of devices still running on this version of the Android software is now at 20.8%, which is down from 21.9% back in February. All three versions of Jelly Bean decreased in numbers this month as 4.3 moved down to just 1.5%, while 4.2 and 4.1 both moved down to 5.4% and 3.7% respectively. The only two versions of Android software which have been unchanged as of last month’s numbers are Android Ice Cream Sandwich and Android Gingerbread, which shouldn’t be too shocking as there aren’t any devices which are changing to those versions of software, and there aren’t really any users who still have devices running on those versions getting rid of them and moving to something with a newer version. The key takeaway from all of this though should be the pretty big increase for Nougat, which may see another decent jump with next month’s numbers judging by the amount of devices which seem to have been receiving updates to Nougat very recently. 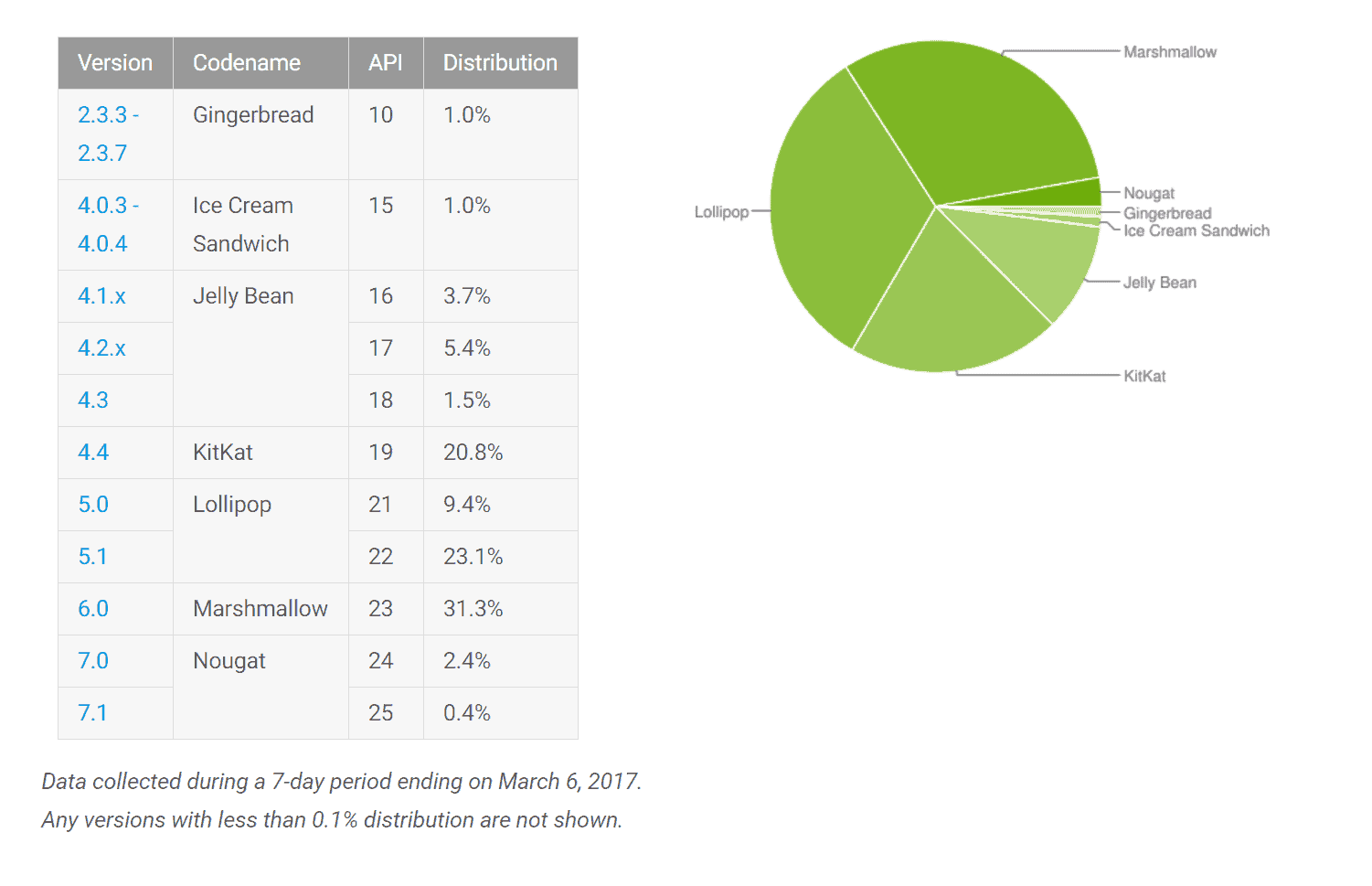