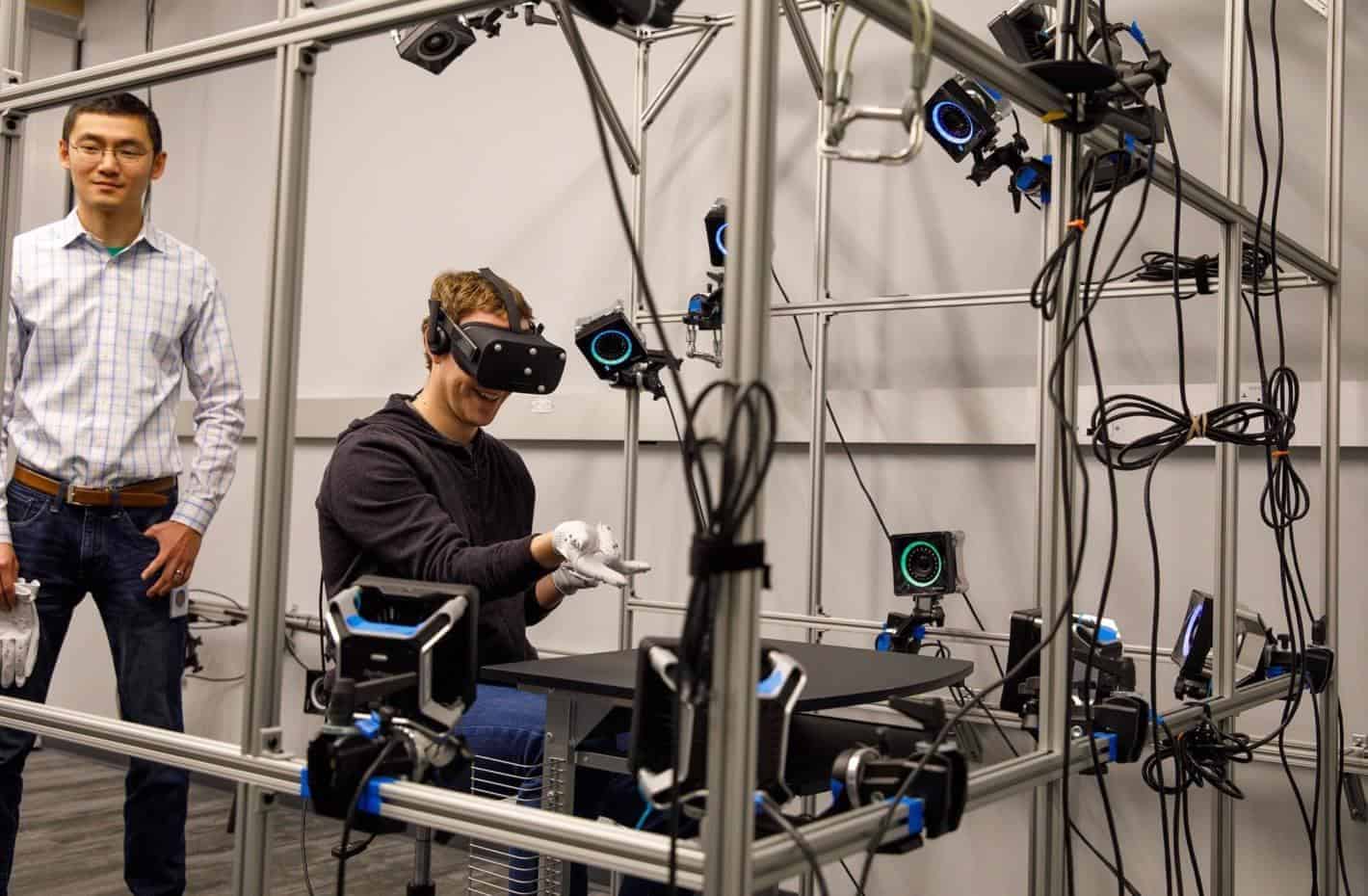 An Oculus Research Lab in Washington was the site of a recent visit from Facebook CEO Mark Zuckerberg. While touring the facility, Zuckerberg also took photos of some of the things that are currently being worked on by the company – with Oculus' own implementation of the VR glove being front and center. Oculus is working on a number of exciting and interesting projects, but perhaps the most immediately impactful of these for users is VR gloves. While products like Manus are already out there, Oculus is testing their own implementation of VR hand tracking, involving cameras and a thin, light set of gloves that don't encumber a user's hands. Zuckerberg's tour of the facility showed off some fairly cool tools of the trade for Oculus, such as sound stages and manufacturing machines, providing a little insight into what they're up to.

The VR gloves, shown in the main image above, are still in an extremely early development stage. The current rig actually uses off the shelf cameras, instead of anything Oculus-developed, for hand tracking. There is no word on what else goes into making the gloves work, or when consumers may be able to get a hold of them. The implications are fairly obvious though, and some Facebook coders are reportedly already making those implications a reality by doing their jobs in VR with unlimited screen space.

Zuckerberg also stopped by a sterile clean room, shown below. While he didn't get to take photographs from inside for obvious reasons, he did let readers in on the fact that the sterile room is made to filter small particles down to .001 times the size of a dust speck, aiding in precision manufacturing and hardware engineering. On that note, Zuckerberg also showed off a diamond-equipped mill rig that can cut metal down to the millimeter. Last on the list of  things highlighted was an anechoic chamber, the ultimate soundproof room for experimenting with the nuances of sound. The room is in progress, but will be quiet enough for somebody holding their breath to hear their own heartbeat, once it's finished. Notably, it will be the second such chamber that Oculus has at their disposal for sound experimentation.