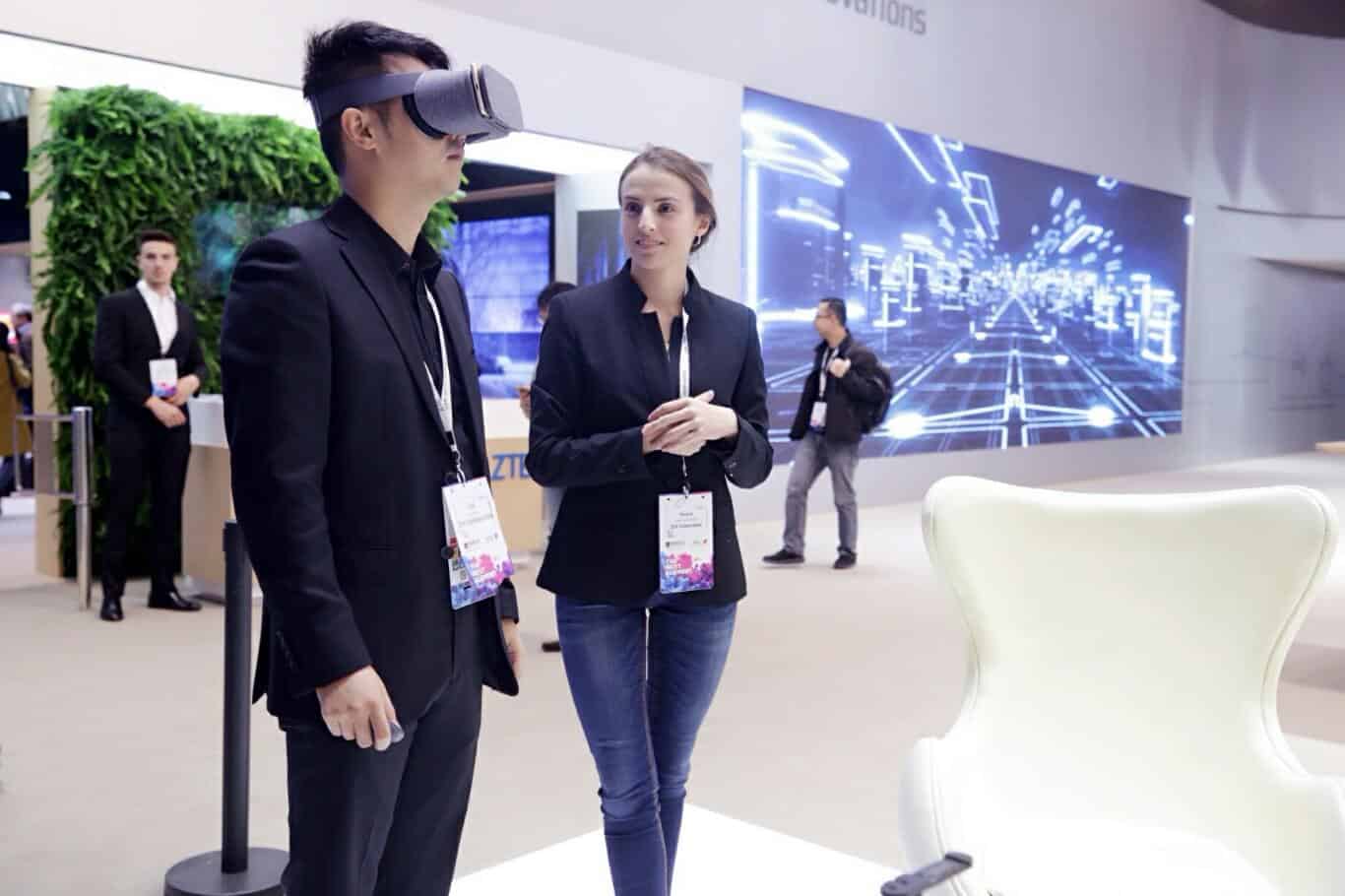 ZTE has just shown off their first Google Daydream-ready smartphone at MWC 2017, the ZTE Axon 7. This smartphone was originally announced back in May last year, and ZTE just showcased this smartphone after the Android Nougat update, as it now offers support for Google’s Daydream VR platform. Now, it’s worth remembering that this is not a whole new smartphone, just an upgraded variant of the company’s already released handset.

The ZTE Axon 7 had great specs to begin with, this phone ships with a 5.5-inch QHD (2560 x 1440) AMOLED display, while it is fueled by the Snapdragon 820 and comes with 4GB of RAM. In other words, the device has all that is necessary to be compatible with Google’s Daydream VR platform. ZTE also went on to mention that the ZTE Axon 7 is getting tons of new features with the Android Nougat update, as you can now take advantage of the multi-window feature which lets you run two apps side-by-side, you’re getting a tons of emojis, new battery feature provided by Google through the always on Doze, and so on. You’re getting a ton of Google’s Android Nougat features through this update, essentially.

As a reminder, the ZTE Axon 7 is a metal-clad smartphone, and in addition to the specs that we’ve mentioned in the last paragraph, it also packs in 64GB of expandable internal storage, a 3,250mAh battery and a 20-megapixel OIS camera (f/1.8 aperture) on its back. That camera sits above the dual-LED, dual tone flash, and an 8-megapixel shooter is available on the front side of this smartphone. On top of Android 7.0 Nougat, you’re also getting ZTE’s new MiFavor UI user interface, and the device comes with great audio capabilities, as you probably already know, as it supports 32-bit / 192kHz audio, and offers Dolby Atmos audio enhancements. The ZTE Axon 7 is still available in Ion Gold, Quartz Gray and Chromium Silver color variants, so the company did not announce any differences as far as the specs or color variants are concerned. That is more or less it, in case you’re in Barcelona, you can visit ZTE’s booth which is located at 3F30, Hall 3, Fira Gran Via, in order to check out their Daydream-ready smartphone and some of the company’s other products.