Xiaomi will announce their first mobile processor on February 28th, the so-called ‘Pinecone’ SoC. Xiaomi has revealed this info through Weibo (Chinese social network), they posted an image which essentially announces Pinecone’s press conference. Rumors regarding this SoC have been surfacing for a long time now, but they’ve been extremely frequent lately, as the Xiaomi Mi 5c is expected to ship with Xiaomi’s Pinecone SoC. It seems like Xiaomi plans to host this event in China, as they not only announced it through their Chinese social media account, but the event invitation is also in Chinese. The event will kick off at 2PM (local time) and will be held at the Beijing National Convention Centre.

Now, if previous rumors are to be believed, Xiaomi will announce their Pinecone SoC along with the rumored Xiaomi Mi 5c, as the SoC is expected to fuel this smartphone. Xiaomi is rumored to release two variants of their SoC, actually, the Pinecone V670 and Pinecone V970. The Xiaomi Mi 5c is expected to ship with the Pinecone V670, which is a mid-range variant of the Pinecone SoC. This variant of the processor will, if rumors are to be believed, ship eight Cortex-A53 cores which will come in a 4 x 4 arrangement, while the Mali-T860 MP4 GPU will be a part of the package as well, and will be clocked at 800MHz. This processor will, allegedly, be manufactured using 28nm process.

The Pinecone V970, on the other hand, will probably launch in the fourth quarter of this year and ship with eight cores as well, four Cortex-A73 cores and four Cortex-A53 cores. This processor is said to be clocked at 2.0GHz, though it will be able to handle clock speed of up to 2.7GHz. The Mali-G71 MP12 GPU will be a part of this chip, and will be clocked at 900MHz. The Pinecone V970 will be a considerably more powerful SoC if rumors are to be believed. The Xiaomi Mi 5c is rumored to sport a 5.5-inch fullHD (1920 x 1080) display, 3GB of RAM and 64GB of native storage. A 12-megapixel snapper will be placed on its back, and Android 6.0 Marshmallow will come pre-installed on it with Xiaomi’s MIUI 8 OS. 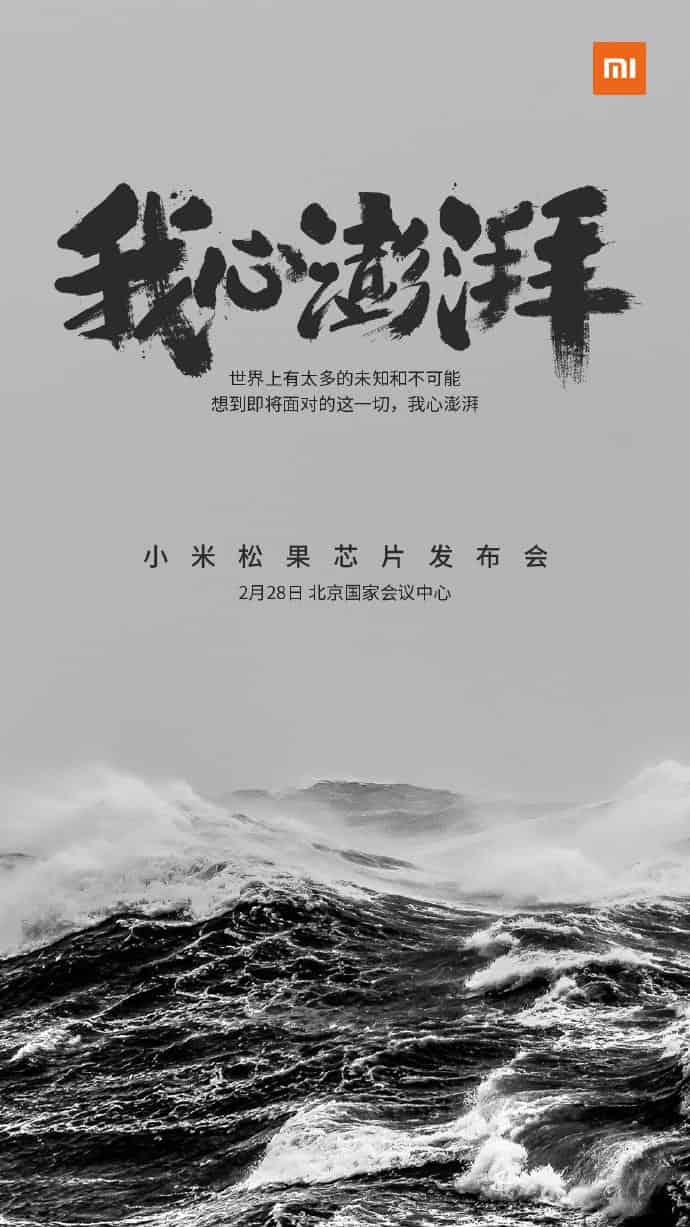