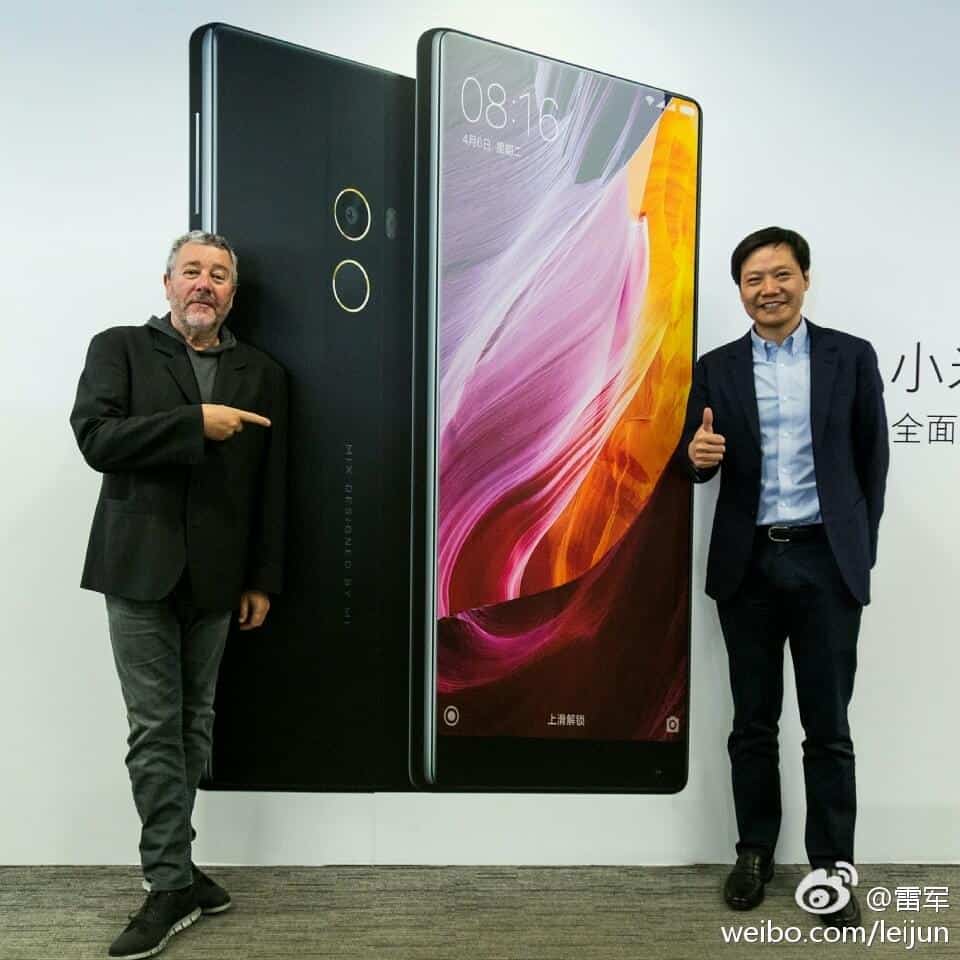 Xiaomi’s CEO, Lei Jun, just released some new info regarding company’s upcoming bezel-less smartphone, the Xiaomi Mi MIX 2. The Xiaomi Mi MIX was introduced alongside the Xiaomi Mi Note 2 back in October last year, and it managed to surprise quite a few people, as very few people expected Xiaomi to release one of the most unique-looking smartphones of the year. The Xiaomi Mi MIX has no bezels on its sides, or above the display, only a small chin below the display. Well, it seems like Xiaomi is looking to improve upon that in the second iteration of this smartphone.

Lei Jun confirmed that Philippe Starck will be returning to design the Xiaomi Mi MIX 2 as well. This French designer did such a good job with the first model, that the company is looking forward to cooperate with him again, and Lei Jun actually met with Philippe Starck in order to discuss the design of the second Xiaomi Mi MIX smartphone. Lei Jun also said that they’re aiming to release a smartphone without a physical home button, which is quite interesting, and he also said that the company will be looking to increase the phone’s screen-to-body ratio. The Xiaomi Mi MIX featured 91.3% screen-to-body ratio, and the company is aiming to increase that to 93% it seems. That is more or less all the info that Lei Jun shared at this time, though we’ll surely hear more about this smartphone in the coming months. The Xiaomi Mi MIX 2 probably won’t launch before Q3 or Q4 this year, but it will surely be an interesting smartphone worth waiting for.

The Xiaomi Mi MIX is actually quite a large smartphone, as it comes with a 6.4-inch display. The Xiaomi Mi MIX is made out of ceramic, and it features 4GB / 6GB of RAM and 128GB / 256GB of non-expandable native storage. The device features a 16-megapixel camera on its back, while a 5-megapixel snapper is placed on the front side of this smartphone. A 4,400mAh battery is also included in this package, and you do get Qualcomm’s Quick Charge fast charging here as well. Android 6.0 Marshmallow comes pre-installed on the Mi MIX, while the company’s MIUI 8 OS is placed on top of Google’s Android operating system. The Mi MIX is fueled by the Snapdragon 821 64-bit quad-core SoC. As you can see, the Mi MIX actually comes with high-end specifications, and you can expect its successor to be a premium smartphone as well.