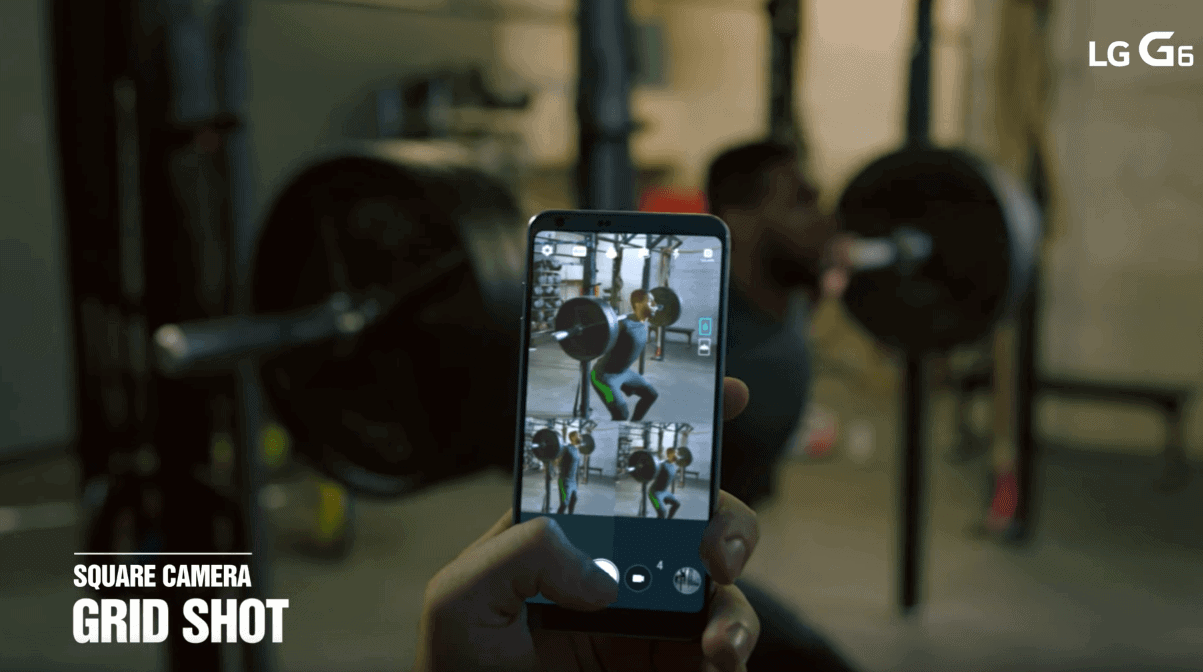 LG announced their latest smartphone at Mobile World Congress this past weekend, in the LG G6. It's the next generation in their G lineup, but it's a pretty huge departure from everything that made the LG G5, well the G5. Gone is the modularity, and instead we get thinner bezels, a larger display, and a different shaped display in all honesty. LG has now posted a video on their YouTube channel showcasing many of the different features that are included in the LG G6, with a pretty big portion of the video being all about the camera.

As with any smartphone, the camera is a pretty big deal and the LG G6 is no different. The biggest change they made to the camera this year was actually the sensors. Instead of sticking with a 16-megapixel standard camera and then a 8-megapixel wide-angle shooter, they opted for two 13-megapixel sensors, with one being a wide-angle camera and the other being a standard one. They also included a new app called "Square Camera". This one is mostly made for Instagram, but with the LG G6 being basically two squares, it works really well on this 18:9 (or 2:1) aspect ratio display. Allowing you to create the perfect sized Instagram picture without using the built-in camera in the Instagram app.

In this video LG is also showing off the fact that the LG G6 is finally dust and water proof. Allowing you to get it dirty and simply take it to the sink and wash it off. Now you can't use soap on it like the Kyocera Rafre smartphone, but it is waterproof. So you won't need to worry about dropping it in water (like the toilet), and it getting damaged. The LG G6 has a lot of things going for it, and it's due to be released next week in South Korea, at least according to a rumor. There's currently no word on pricing or availability on the rest of the world. But it should be sooner rather than later. Additionally, all four of the US carriers have announced that they will be stocking the LG G6.