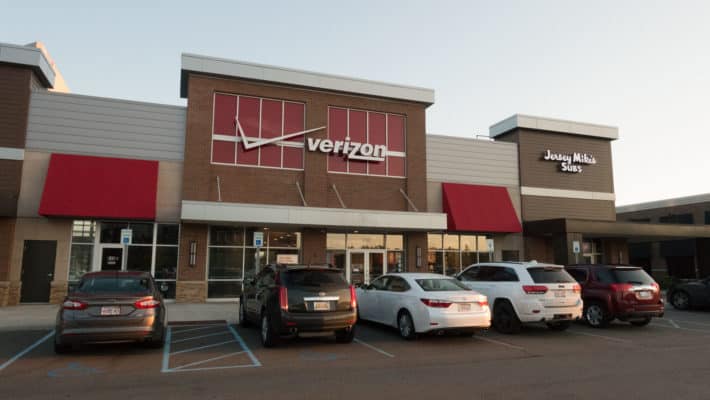 Verizon's new unlimited data plan lands tomorrow starting at $80, as the U.S.' number one carrier has decided to relaunch unlimited data and offer it to subscribers after having removed unlimited data some time ago. In addition to the $80 cost, which is for a single line customer, family plan customers will be able to sign up for unlimited data as well at a cost $45 for each line. For those prices subscribers will be getting unlimited talk and text to go along with the internet connectivity, which has 22GB of LTE data speeds before it gets reduced to a slower speed, and the plan also includes 10GB of LTE data tethering as well as HD streaming of video content, meaning you'll get crisp video while watching any of your favorite content on your device while connected to Verizon's network.

Alongside the data that's usable in the U.S., Verizon is including 500MB of daily roaming internet in Canada and Mexico which it's also allowing users to call and text to for free, though it isn't mentioned if the calls to these countries include both cellular and landline calls. With Verizon's plan launching tomorrow it's likely that the company will share more specific details about it after the plan launch, which is reportedly going live at about 6AM.

Verizon is targeting this plan at power users as they note in their announcement that they recognized these types of customers had a need for more data. With "Verizon Unlimited," which is what Verizon is calling the new unlimited data offering, they state that customers now have an alternative option to "inferior, so-called unlimited plans" and worrying about overages from using too much data. While it's likely that many consumers who are Verizon customers or may be looking to switch will pick up the unlimited data plan, not all subscribers will be power users that consume a lot of data each month. Verizon seems to be aware of this which is why they're still going to be offering S, M, and L plans to subscribers as well so that they can pick the plan that best fits their needs.

Advertisement
Verizon Unlimited
Advertisement
Trusted By Millions
Independent, Expert Android News You Can Trust, Since 2010
Publishing More Android Than Anyone Else
0
Today
253
This Week
254
This Month
4999
This Year
106474
All Time
Advertisement