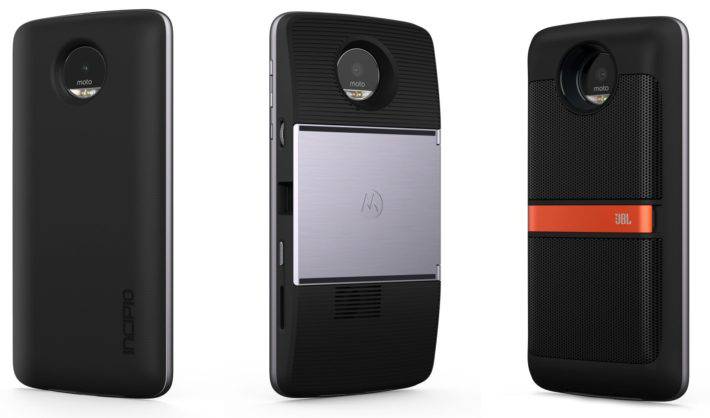 Moto has become almost synonymous with the idea of improving a given device using modular mobile add-ons that it calls "mods" and the company is looking to continue that trend with its newly announced Amazon Alexa Mod. The Alexa Mod is set to bring many of Alexa's most appealing feature to its Moto Z devices via the Moto Mods ecosystem.  The announcement was made by Moto on its official blog today.

Amazon's mobile assistant allows for smart interconnectivity with many aspects of the "Internet of Things" and has become arguably the most popular central platform for accessing those things. It allows a user to control in-home lighting, adjust room temperatures, and a plethora of other things thanks to integration with standard if-this-than-that platforms and partners. Beyond that, Alexa allows users to place Amazon orders, call ride-sharing services, check the weather or news, and much more. The benefits of such interconnectivity and services to be located on a central hub are immediately recognizable and even Google has tried to emulate some of that platform's success with its Google Home device. So what if you could take that platform on the go or access smart home features when you're not at home? Thanks to the Amazon Alexa Moto Mod, Moto Z owners will soon be able to do just that. Moto says that the new mod will effectively simulate what it would be like if you had the capability to simply pick up any of Amazon's Alexa-enabled devices and take them out with you without ever losing connectivity. No specifics, such as pricing or an exact release date, have been provided yet but the mod will be available later this year through Moto and partners.  Moto also claims that this is "just the beginning" of its partnership with further features for Alexa planned to be integrated into its devices later. The mobile manufacturer says that future integration will allow consumers to make use of Alexa features, without even having to unlock the device first. Amazon Alexa is cited at the bottom of the blog as only currently available in the US, UK, Germany, and Austria, so it may be reasonable to assume Moto Z users in those countries can expect to see the new Moto Mod and associated features. However, no specifics about release locations has been provided either.

The Amazon Alexa Mod is also not the only Moto Mod to feature in Saturday's announcement. Moto seized the opportunity to reveal pricing for its "Moto Power Pack," which is intended to add 50% more battery power to a device without adding too much bulk. A release timeframe was also given and the Power Pack will be available starting in March 2017 for $49USD or €49 respectively. Moto, of course, couldn't stop there and also revealed other power-based mods Moto has currently under development. Those include "a wireless charging Moto Mod, a Turbo Power Moto Mod and a charging adaptor." Beyond even those, Moto took the opportunity to tease what it calls a "Gamepad Moto Mod." The Gamepad Mod is said to feature an integrated battery, in addition to providing physical gaming controls.