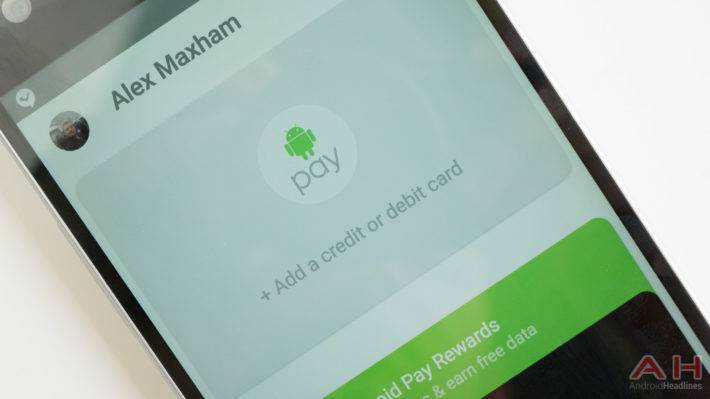 According to the survey, Apple leads the way in terms of merchant acceptance and is closely followed in second place by PayPal who enjoys an acceptance rate of 34%. The third most adopted mobile payment solution in the United States is Mastercard PayPass (25%), Android Pay with 24%, Visa Checkout holding 20%, and Samsung Pay which has been adopted by 18% of supporting merchants in the country. Furthermore, the survey shows that around 22% of retailers Stateside plan to adopt Apple Pay within the next 12 months, while 11% said that they plan on making use of the service sometime within the next one or three years. 31% retailers seem to want and “wait and see” how the market changes and evolves further before deciding on adopting mobile payment solutions. As far as Android Pay is concerned, 17% of more than 500 top retailers surveyed in North America have plans to adopt Android Pay within the next 12 months, while another 13% of retailers have confirmed their plans for accepting Android Pay within the next three years.

As for Samsung Pay, 11% of retailers will begin offering Samsung Pay solutions within the next 12 months, while 7% consider adopting the service within the next 1-to-3 years. However, not all retailers seem to want and offer mobile payment solutions to customers, with roughly 11% revealing that they have no plans to implement these types of services in their stores. Meanwhile, other supporting retailers are promoting mobile payments, with 9% offering mobile coupons, promotions, and specials, and another 7% of retailers having set mobile loyalty programs for customers who make payments using mobile platforms. Other mobile payment solutions accepted in the United States include Chase Pay with 11% retailer adoption and Private Label Mobile Payment with a 4% adoption rate. 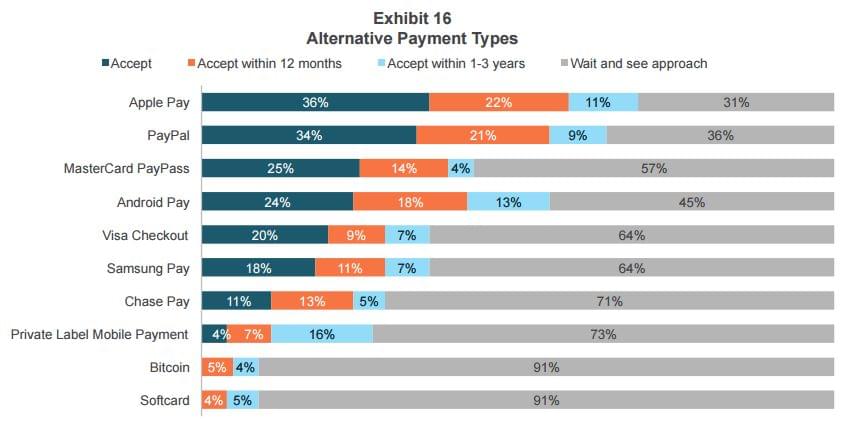