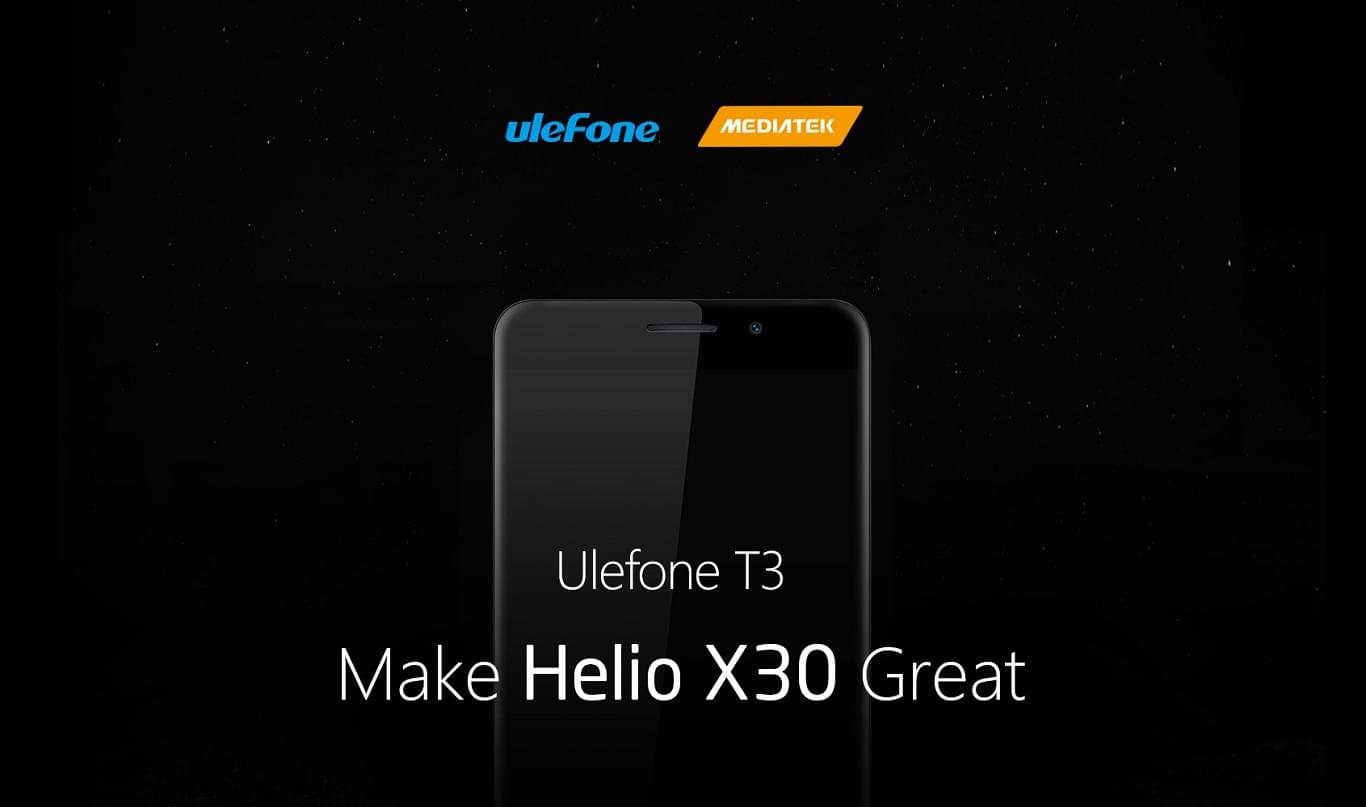 Ulefone is attendance at MWC 2017 and has been announcing a number of smartphones. The company has already announced the Ulefone F1 which comes with a bezel-less display, as well as the Ulefone Power 2. Which as the name suggests, places an emphasis on the battery life and general performance. Now, the company has announced another new phone at this year's MWC event and this one is the Ulefone T3.

While affordable smartphones often come with a clear selling point, it seems the Ulefone T3 is looking to offer an across the board heightened level of specs. So there is not one specific thing to focus on here. First off, Ulefone has now confirmed that the Ulefone T3 comes boasting a massive 8GB RAM. To match that high RAM level, the Ulefone T3 also comes loaded with 128GB internal storage and is powered by a MediaTek Helio X30 deca-core processor. This is the latest flagship processor from MediaTek and one which was only announced yesterday, also at MWC 2017. As a result, users can expect the Helio X30 to offer as much as a 35-percent improvement in performance, while requiring 50-percent less power, when compared to the previous MediaTek Helio X20 SoC. So it is clear that the Ulefone T3 is going to be a very powerful phone.

Adding to the spec list, Ulefone has confirmed that the Ulefone T3 will also come equipped with a 2K display and will employ the help of two 16-megapixel rear cameras. Unfortunately, that is the extent to the details that have so far been confirmed, although Ulefone does state they will announce more details in due course. Likewise, Ulefone has yet to provide firm details on the availability of the Ulefone T3 and simply notes that the smartphone is due to become available in the second half of 2017. In terms of the price, as this is a smartphone that will come packed with a serious spec breakdown, it stands to reason that the price will reflect those specs. Although, Ulefone is likely to try and ensure that even if the price is higher than previous Ulefone smartphones, it still will be a very competitively priced smartphone.

Advertisement
Ulefone T3 Announcement
Advertisement
Trusted By Millions
Independent, Expert Android News You Can Trust, Since 2010
Publishing More Android Than Anyone Else
0
Today
186
This Week
106
This Month
4093
This Year
105570
All Time
Advertisement