Skip to content
Advertisement
Trusted By Millions
Independent, Expert Android News You Can Trust, Since 2010
Publishing More Android Than Anyone Else
29
Today
197
This Week
825
This Month
825
This Year
126955
All Time
Advertisement 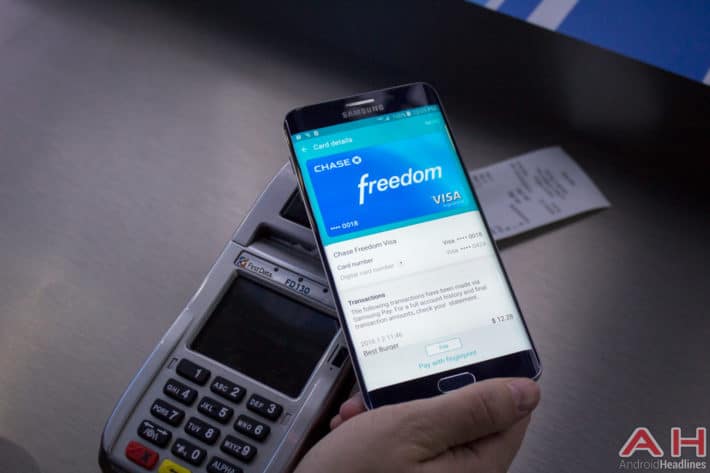 Banks across the country are experimenting with ATMs that will dispense cash by using your smartphone – much like a mobile purchase – rather than fumbling through a wallet or a purse for your ATM bank card. Many men do not even carry a wallet anymore and just keep their debit card with them in their pants or jacket pocket. Women are always digging around in their purse looking for their debit card. Many just keep it in the glove box of the car, ready to grab it when needed, while others can never remember where they put their card. Debit cards can be misplaced, lost, or stolen, but people never seem to forget their smartphone.

That is along the same line as banks are thinking as they start testing ATM transactions using a smartphone. JPMorgan Chase’s has 18,000 ATMs in the US – more than any other bank – and they are testing the new technology in four major cities, including Miami and San Francisco. Currently, only a few hundred ATMs are included in the study, but they have thousands ready to go if their experiment is successful. Wells Fargo and Bank of America plan to implement the technology by the end of the year. Wells Fargo’s Jonathan Velline, head of ATM and branch banking says it is all about giving their customers more choices as banks compete for new customers.

Using your phone sounds like a great idea that will add convenience and quickness to an ATM transaction, but that convenience brings its own set of security issues. One of the driving forces behind the switch to using a smartphone is added security. Magnetic stripes on bankcards are incredibly hackable, so the banks moved to issuing Chip-n-Pin cards. While more secure than just a magnetic stripe, they too, have proven hackable and even cloned by a group of security researchers. This need for security is where smartphones enter the picture. With no card and no pin, it should boost security and speed up transactions. Not to mention, reduce fraud since no card information is stored on the phone. Banks believe that the added convenience and safety offers benefits to their customers, not to mention the millennium’s excitement for the new technology.

Banks are implementing their procedures in different ways – Chase, for example, does not require the use of a PIN number along with the customer’s smartphone. Other banks use a combination of the customer’s smartphone and the entering of a PIN number as well to help verify your identity. Most of the major banks use the near-field communications (NFC) technology because most modern smartphones have the NFC chip installed for mobile payments using Apple Pay or Android Pay. You simply tap your phone on the ATM pad, then enter your PIN, and proceed with your transaction.

Some banks are requiring their customers to use the bank’s app to withdraw cash from the ATM. The app will ask you how much you want to withdraw and store this information until you reach an ATM. On the ATM, select the “Mobile Cash” option and then scan the quick response code (QR) on the screen with your smartphone and collect your cash. Wells Fargo’s mobile app will issue you a one-time access code that is good for 30 minutes. The customer must enter that code and a PIN number to withdraw cash. No matter how the bank uses your mobile device; NFC, setting the transaction up before hand, or using a one-time code, fraud is substantially reduced over using the basic ATM card. Some banks are ditching all electronic forms of identification and are trying out biometrics, where a body ‘part’ is used as your identification. It could be a fingerprint, a palm scan, and even a scan of your iris. The future of banking will be changing over the upcoming years – some of the changes are out of security needs while others are for the convenience of the customer.