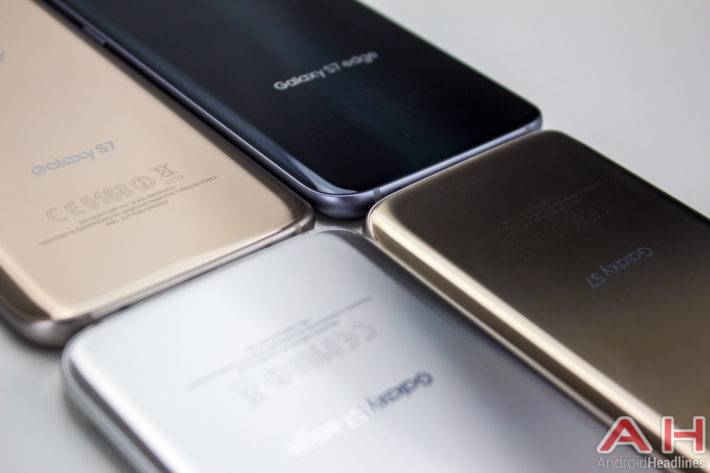 As of February 21, Sprint has joined the ranks of carriers who have commenced rolling out the official Android 7.0 (Nougat) update to Samsung's Galaxy S7 and Galaxy S7 Edge. The carrier only misses beating T-Mobile to the punch by a day, with both following on the heels of AT&T and other worldwide releases of the update. This also represents the second rollout started by Sprint within the last week, as the company also began rolling out the Android Nougat update to HTC 10 devices yesterday.

Android Nougat is expected to bring several enhancements to the overall user interface, as well as under-the-hood improvements for battery life and the overall smoothness of the device. The download for the latest iteration of Android is expected to be around 1.2GB in size, for those users who are not already running a version of Nougat through Samsung's beta program. Users from the beta program should expect a much smaller update, less than a fifth of the size of the non-beta update. So, if you have any junk files that need to be cleaned out to make space, now is the time to clean them out. It may also be a good idea to wait until Wi-Fi is available before beginning the update and regardless of whether you are on Sprint's unlimited plan or not. Users should also, of course, make sure they have at least a 50% charge on their battery before beginning the update. As always, OTA updates tend to take some time but you can check manually for the update by going into your device settings. Once there, hit the "About Device" option, followed by selecting the 'check for updates' option.

Samsung's Galaxy S7 and S7 Edge are nearing the middle of their device lifecycle, with at least one more update expected to the devices before they reach what is considered the beginning of an end-of-life status. This update comes to the two devices just under a week before MWC 2017 is set to start in Barcelona, where Samsung's next device, the Galaxy S8, was originally expected to be unveiled. However, that seems now not the be the case, although, current suggestions is that some sort of announcement on the Galaxy S8 will be made during the event.