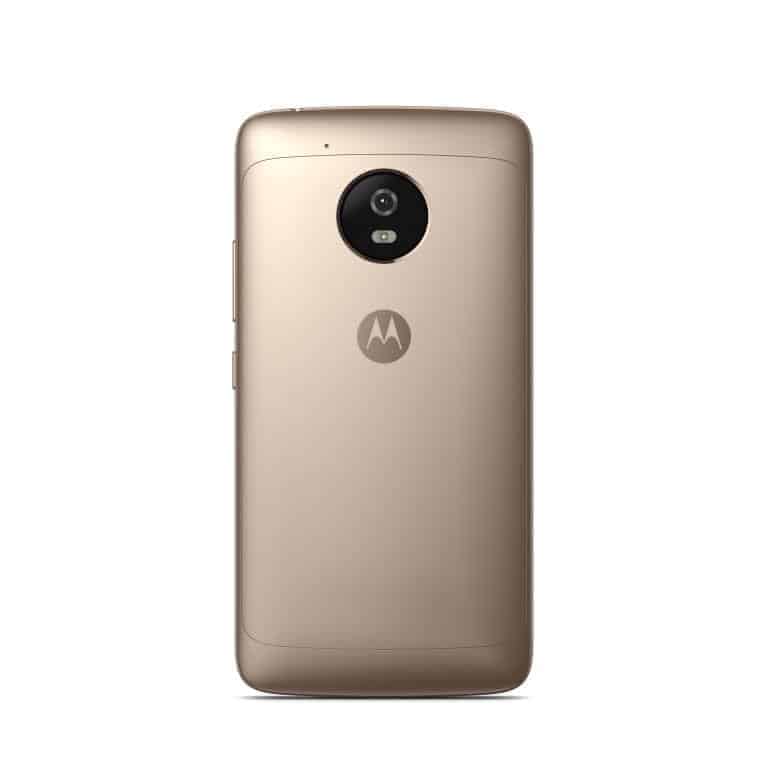 Lenovo has finally announced their Moto G5 and Moto G5 Plus smartphones. This announcement occurred during the company's press conference at this year's Mobile World Congress (MWC) in Barcelona, after a number of rumors and leaks which surfaced in the last couple of months. Following our Moto G5 and Moto G5 Plus announcement posts, it's time to take a look at the specs of these two smartphones, and in this particular article, we'll talk more about the Moto G5, read on.

It seems like those promo images that surfaced a while back were spot on as far as Moto G5 specs are concerned. This smartphone is made out of metal, and it comes with a fingerprint scanner which is placed below its display. The device features a 5-inch fullHD (1920 x 1080, 441ppi) display, while Corning's Gorilla Glass 3 is protecting it. The Moto G5 packs in 2GB of RAM and 16GB / 32GB of expandable internal storage (expandable up to 128GB via a microSD card). The Moto G5 is fueled by the Snapdragon 430 64-bit octa-core processor clocked at 1.3GHz, along with the Adreno 505 GPU for graphics. A 13-megapixel camera (PDAF) is placed on the back of the Moto G5, and you'll also notice that the LED flash is located there as well. This rear-facing sensor does not protrude on the back of the Moto G5, which is not the case when it comes to its larger sibling. A 5-megapixel camera can be found on the front side of the Moto G5, and it's there to take care of your selfie-taking needs. You're not getting a front-facing LED flash on this smartphone, but the company did include 'display flash', which essentially means it will crank up the display brightness when you're taking selfies in order to light up your face in darker environments.

A 2,800mAh battery is also included in this package, and it is actually removable, while you'll get the company's Rapid Charger in the box which will make it possible to utilize fast charging on the Moto G5. The Moto G5 is splash resistant thanks to the nano coating that is applied to the device, and Bluetooth 4.2 is included in this smartphone as well. There are two SIM card slots available on the inside of the Moto G5, and Android 7.0 Nougat comes pre-installed on the device. 4G LTE connectivity is also enabled in this smartphone, and you're also getting Wi-Fi 802.11 a/b/g/n. The Moto G5 measures 144.3 x 73 x 9.5mm, while it weighs 145 grams. The Moto G5's pricing starts at €199 (and is not coming to the US), while the phone will launch in March in Fine Gold and Lunar Gray colors.