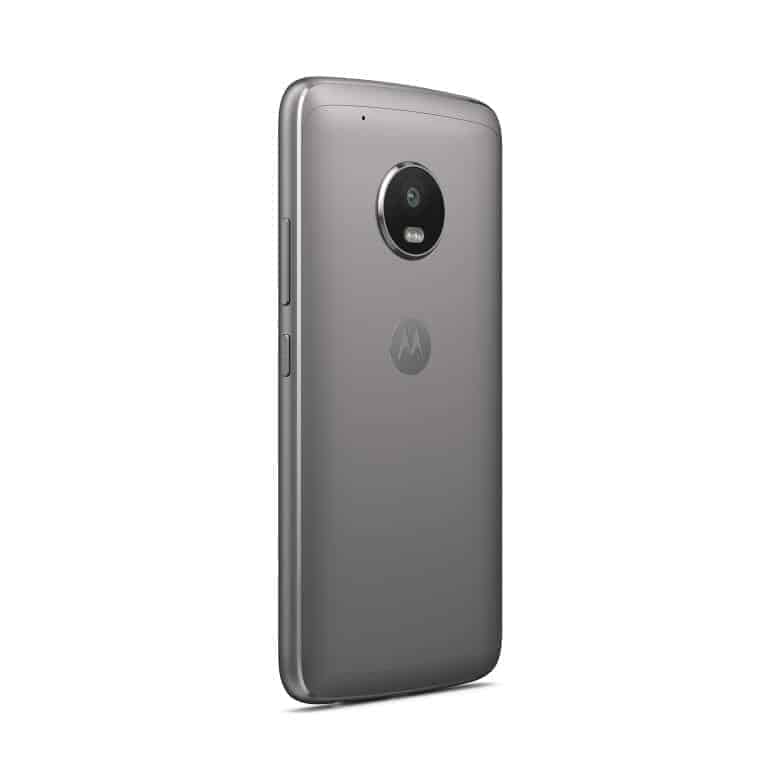 The Moto G5 Plus' fingerprint scanner is located below its display, while both the power / lock and volume rocker keys are placed on the right-hand side of this smartphone. The Moto G5 Plus sports a 5.2-inch fullHD (1920 x 1080, 424ppi) display with Corning's Gorilla Glass 3 protection on top of it. This smartphone is not a lot bigger than the Moto G5, but the difference is noticeable. Qualcomm's Snapdragon 625 64-bit octa-core SoC clocked at 2.0GHz fuels this smartphone, and the Adreno 506 GPU is also included here for graphics processing. The Moto G5 Plus comes with 2GB / 4GB of RAM and 32GB / 64GB of native storage (expandable up to 128GB via a microSD card). A 12-megapixel shooter (f/1.7 aperture, dual focus pixels) is located on the back of the Moto G5 Plus as a part of its rear-facing 'oreo', and you'll notice the dual-LED flash is there as well. A 5-megapixel camera can be found on the front side of the Moto G5 Plus, in case you were wondering, though we still don't have any detailed information about Moto G5 Plus' camera sensors.

A 3,000mAh battery is packed on the inside of this phone, and it is not removable, but you can utilize its fast charging capabilities thanks to the company's TurboPower fast charging tech and the included charger. Two SIM card slots are available on the Moto G5 Plus, and the phone is splash and dust resistant thanks to its nano-coating. Bluetooth 4.2 and 4G LTE options are included here, and so is Wi-Fi 802.11 a/b/g/n. Android 7.0 Nougat comes out of the box, and the phone measures 150.2 x 74 x 7.9, while it weighs 155 grams. The Moto G5 Plus is launching in March all over the world, and the phone's pricing starts at $229. The Moto G5 Plus comes in Fine Gold and Lunar Gray color variants.