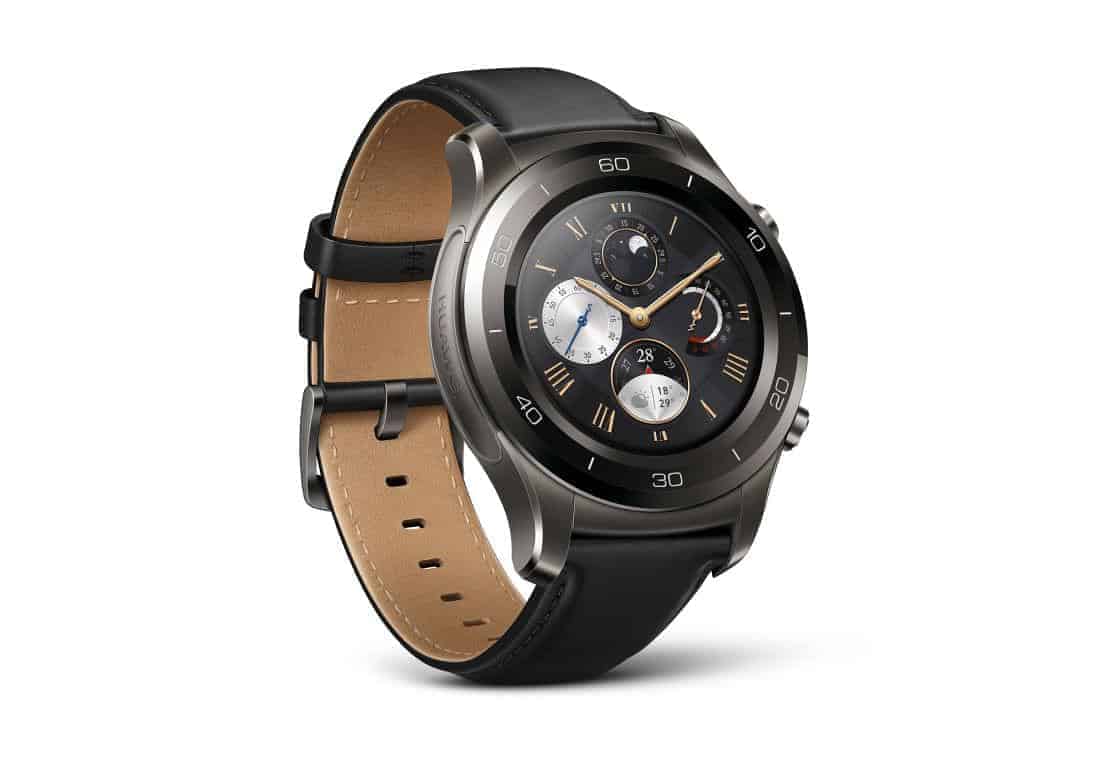 The Huawei Watch 2 is made out of metal and its band is made out of thermal plastic, while the Huawei Watch 2 Classic sports a metal build as well, though it looks different than the Huawei Watch 2, and it comes with a leather strap. Both watches comes with POGO pins, which are used to charge them, you'll need to connect these watches to their proprietary chargers. These two smartwatches share the same specifications, in case you were wondering. The Huawei Watch 2 smartwatches come with a 1.2-inch AMOLED display which is protected by a layer Corning's Gorilla Glass. The watch packs in 768MB of RAM and 4GB of non-expandable internal storage. The device is fueled by the Snapdragon Wear 2100 SoC, which is a quad-core processor clocked at 1.1GHz. This smartwatch is water and dust resistant thanks to its IP67 certification, and that essentially means you can submerge it under water up to 1 meter for 30 minutes. A 420mAh battery is also included in this package, and it is not removable, of course.

Android Wear 2.0 comes pre-installed on both of these smartwatches, which is the same OS that you've seen on the LG Watch Sport and LG Watch Style which were announced recently. Bluetooth 4.2 LE (Low Energy) is included here as well, and the watch is also equipped with Wi-Fi, which should let you receive notifications and use the watch to some extent even if it's not connected to your smartphone. The Huawei Watch 2 comes in a number of color variants for you to choose from, namely Dynamic Orange, Carbon Black and Concrete Grey. Huawei's latest smartwatch offerings measure 45 x 48.3 x 12.6mm, the Huawei Watch 2 weighs 57 grams, while the Huawei Watch 2 Classic weighs 60.5 grams.