Sony is launching an app for analyzing food with photos as part of an effort to help people keep on top of their heath. This new app is basically part of Sony's Lifelog application which is their lifestyle and activity tracking app. While Lifelog is available in lots of markets, Sony's app for analyzing food will be launching first in Japan, and with it users can take photos of their food and the app will analyze the various parts of the picture and feed the user data about their meals. The app uses deep learning technology and is powered by Sony's Meal Image Analysis software, which is what allows the app to recognize the different types of food that can be found in pictures.

While helping users count the number of calories they're consuming in any given day will be one part of what the app can do, it will also eventually be able to make recommendations to users about what to eat and how to make smarter and healthier meal choices after it's had enough time to analyze some of the meals users have taken photos of. Sony also mentions that recommendations take into account other forms of data, like personally logged information on meals, as well as personal goals.

Sony's new app is part of a service that Sony is going to be offering called Work Performance Plus, which is aimed at working with businesses to help office workers eat healthier and be healthier. Office work can lead to long periods of sitting down and cause a person to be without much exercise during the day, and it can also lead to eating quick or on the go food that is often times less healthy, and Sony wants to combat this with the new app and service. While Sony will be launching the new service in Japan, they don't specifically mention that it will be incorporated into their devices in other regions, or whether it will be something that can be downloaded to non-Sony smartphones in the future. That said, it at the very least could help to inspire other companies and developers to come up with something that will offer similar functionality, as taking pictures of your food to analyze the calories seems like the most simple way to stay on top of your diet. 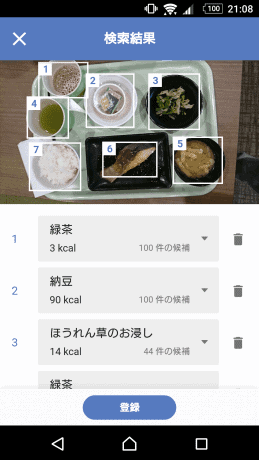 Advertisement
Trusted By Millions
Independent, Expert Android News You Can Trust, Since 2010
Publishing More Android Than Anyone Else
40
Today
40
This Week
199
This Month.
199
This Year
110390
All Time
Advertisement