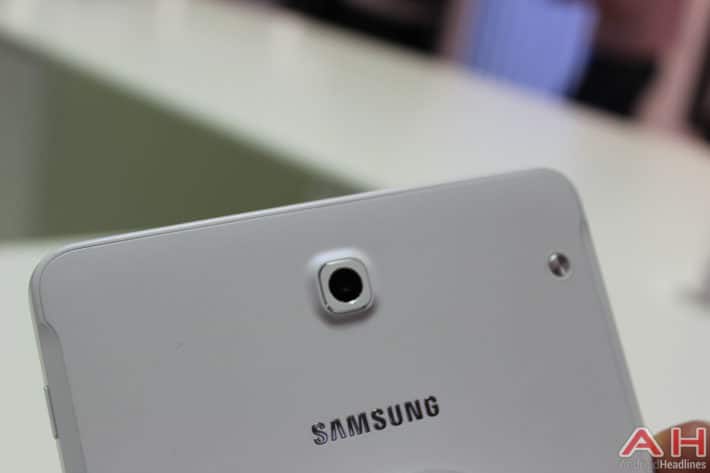 A new unknown and unreleased Samsung tablet has been certified by the Wi-Fi Alliance, and there are at least four variants. Unfortunately, the Wi-Fi Alliance does not provide much detail about the new model, which is listed under the primary designation of SM-T378. The information shows that the new tablet runs the Android operating system and supports both the 2.4GHz and 5.0GHz Wi-Fi bands plus the usual array of power saving and connection technologies. The three other models are the SM-T378S, SM-T378K and SM-T378L, which are likely to represent different chipsets or cellular modem functionality, and sometimes both, rather than color or screen size options. Unfortunately, there is no detail as to what these tablets might otherwise feature such as screen size, type and resolution, chipset or even the version of Android.

Samsung have, however, produced a teaser poster for their Mobile World Conference attendance later this month. The advertisement features a tablet and as such the South Korean conglomerate is expected to be basing its MWC attendance around tablets, although the industry is expecting a brief video of the new Samsung Galaxy S8 smartphone family. With this in mind it is likely that the company is planning to release this particular family of devices at the trade show: what could the new model be? These model numbers do not match the rumored designation of Samsung’s new high end Galaxy Tab S3 family, which is the SM-T820 and SM-T825; instead the model numbers are similar to the 8.0-inch variant of Samsung Galaxy Tab E as released in early 2016. This tablet sold under the model number of SM-T375 for the Wi-Fi only model but Samsung produced another four variants with a model designation starting with SM-T377 and equipped with a modem; the exact model number depended on the carrier and network the tablet was designed to work with. The early 2016 Samsung Galaxy Tab E is based around the Qualcomm Snapdragon 410 chipset but Samsung have used a range of chipsets for its tablets in addition to Qualcomm, typically Spreadtrum or its own in-house Exynos System-on-Chips.

The Mobile World Congress is only a few weeks away and Samsung appears poised to release details of its 2017 tablet product family, hopefully including the SM-T378 family.