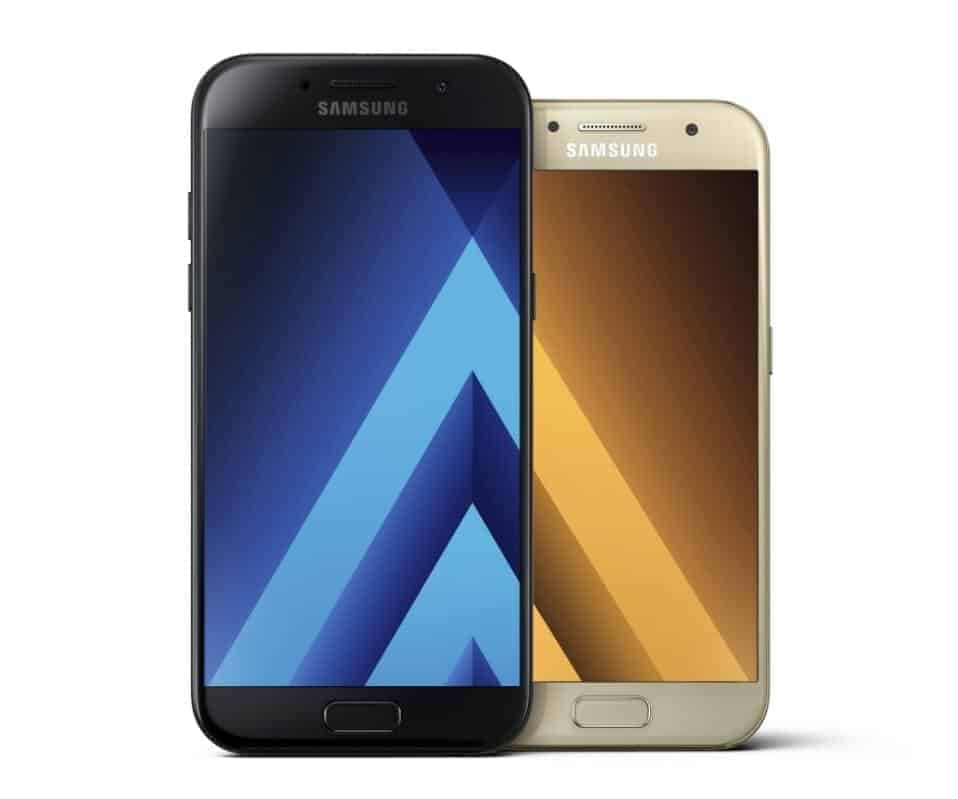 The Samsung Galaxy A3 (2017) and Galaxy A5 (2017) unveiled earlier in January have now been officially launched in the United Kingdom for the price of £279 (around $349) and £369 ($460), respectively. Both smartphones are available for purchase from a variety of carriers and retail partners including Vodafone and Carphone Warehouse.

For readers who may not be very familiar with the latest Samsung Galaxy A3 and Galaxy A5 in the series, both smartphones follow their predecessors’ philosophy in that they are designed as budget-friendly devices. The Samsung Galaxy A3 (2017) is equipped with a 4.7-inch Super AMOLED display capable of a resolution of 1280 x 720, and draws processing power from an Exynos 7879 System-on-Chip housing an octa-core processor operating at frequencies of up to 1.6GHz, 2GB of RAM, and a Mali-T830 graphics chip. A 13-megapixel main camera resides on the back panel, whereas selfie enthusiasts can rely on an 8-megapixel front-facing sensor. Lastly, the smartphone draws energy from a 2,350mAh battery; it has 16GB of on-board memory expandable via microSD, and runs Android 6.0 Marshmallow out of the box.

As for the Samsung Galaxy A5 (2017), much like the moniker suggests, the device at hand is the larger counterpart and accommodates a 5.2-inch display with a higher resolution of 1920 x 1080. In addition, the Samsung Galaxy A5 (2017) houses an Exynos 7880 System-on-Chip featuring eight Cortex-A53 cores operating at frequencies of up to 1.9GHz, and a 3-core Mali-T830 MP3 graphics chip. It ups the memory game with a total of 3GB of RAM and 32GB of on-board memory, and photography enthusiasts will look forward to a 16-megapixel main camera, as well as a 16-megapixel front-facing sensor with an f/1.9 aperture. The Samsung Galaxy A5 (2017) houses a larger 3,000mAh battery, and runs Android 6.0 Marshmallow. Last, but not least, both the Samsung Galaxy A3 and Galaxy A5 are compatible with Samsung’s mobile payment platform Samsung Pay, and take advantage of an IP68 certificate for dust and water resistance. Both smartphones are available in the United Kingdom through local carriers and retail partners including Vodafone and Carphone Warehouse, and both can be purchased in a variety of colors including Black Sky, Gold Sand, and Blue Mist. However, it appears that the Peach Cloud color variant is available in the UK exclusively through Carphone Warehouse.