Specs for the Samsung Galaxy S8 Plus have seemingly now been revealed by known tipster Evan Blass, aka @evleaks. A short while ago, Blass posted what clearly seems to be marketing material (like what you would find on the back of the box) detailing a number of the key specs that will be on offer with the Galaxy S8 Plus when it arrives.

As a result and based on the information provided, the Samsung Galaxy S8 Plus will come equipped with a 6.2-inch Quad HD+ Super AMOLED display. Although, the materials do note that it is only 6.1-inches when the rounded corners are factored into the equation. Moving on and inside you can expect to find 4GB RAM, 64GB internal storage, and the storage can be expanded as and when needed, due to inclusion of a microSD card slot. On the camera front, the Galaxy S8 Plus now looks poised to come sporting a 12-megapixel ‘Dual Pixel’ rear camera, along with an 8-megapixel front-facing camera. While additional features noted include 4G LTE compatibility, an IP68 dust and water-resistance certification, Samsung Pay compatibility, an iris scanner, wireless charging and earphones that are tuned by AKG. This latest leak does not confirm the Android version that the smartphone will come running on, although it seems highlight likely it will be Android 7.0 (Nougat).

Interestingly, the list of specs does not make any mention of some of the more key features that are expected to be announced for the Galaxy S8 Plus, including the likes of Samsung’s own AI assistant, Bixby. So while it does seem as though a number of the specs are being confirmed here, there are some features which still may remain unconfirmed until the day. Which at the moment is likely to be sometime during March or April with the most recent reports suggesting a firm date will be revealed during this year’s MWC event in Barcelona. It is also probably worth mentioning that these specs are for the Galaxy S8 Plus which is believed to be the bigger of the two incoming Samsung Galaxy S8 smartphones. Which does mean that while there is a high possibility that a number of specs will be common to both smartphones, there still could be some surprises when it comes to the standard Samsung Galaxy S8. 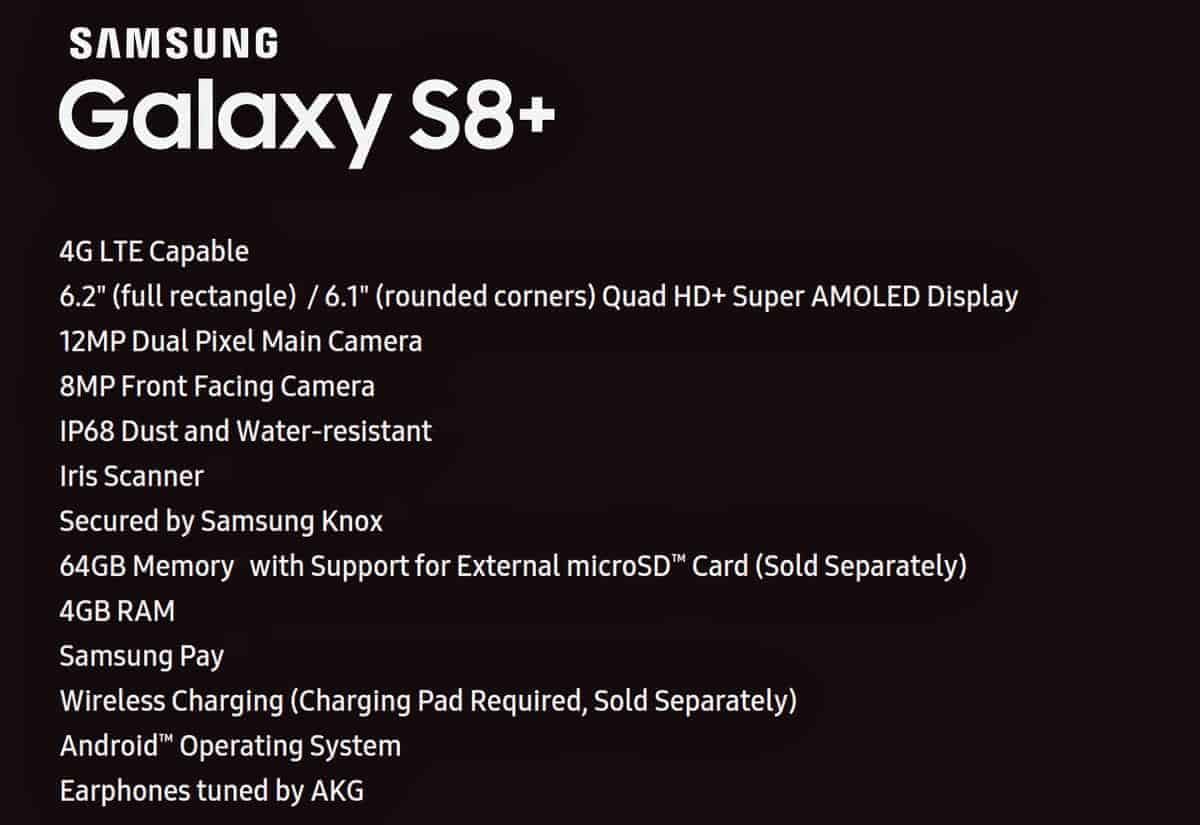