Samsung has just filed for yet another patent, this time around we’re talking about slide-out displays. You’ve probably seen Samsung’s foldable display patents by now, as the company has been filing for tons of different variations of such displays in the last couple of years, even though we still didn’t see a smartphone or a tablet equipped with such displays by Samsung. The company is expected to release such a device in the near future, though, and it seems like smartphones with slide-out displays might become a thing as well.

So, what’s this patent all about? Well, wouldn’t it be nice if you could carry a small smartphone around and have a small display to use on a regular basis, but also have access to a larger display when needed? In theory, you could access such a display by sliding it out, so that you can watch a movie, YouTube or whatever else on a larger display without a problem. So, essentially, slide-out displays would, more or less, serve the same purpose as the foldable displays, though it has been quite some time since foldable display patents started surfacing, and all we’ve seen are a couple of demo units that were presented by Lenovo, at least recently. In other words, such smartphones did not become a thing just yet, so we’re wondering what will happen with smartphones that are supposed to sport slide-out displays. There is, of course, still time for foldable displays to come to the spotlight as well.

Now, in addition to the slide-out displays, Samsung did, also, file for yet another foldable display patent. Now, in case of foldable displays, this is how things are supposed to function, at least based on the latest patent filing. This, flexible display, comes with a center hinge on the side which is used to fold the smartphone in half. Now, Samsung is actually rumored to show off foldable displays at this year’s Mobile World Congress (MWC) in Barcelona, but we’ll see if that will happen or not. Samsung’s event kicks off today at 7PM (CET) in Barcelona, for those of you who are interested, and if they plan to show off such technology, they will probably do it during this event, along with announcing the Galaxy Tab S3. 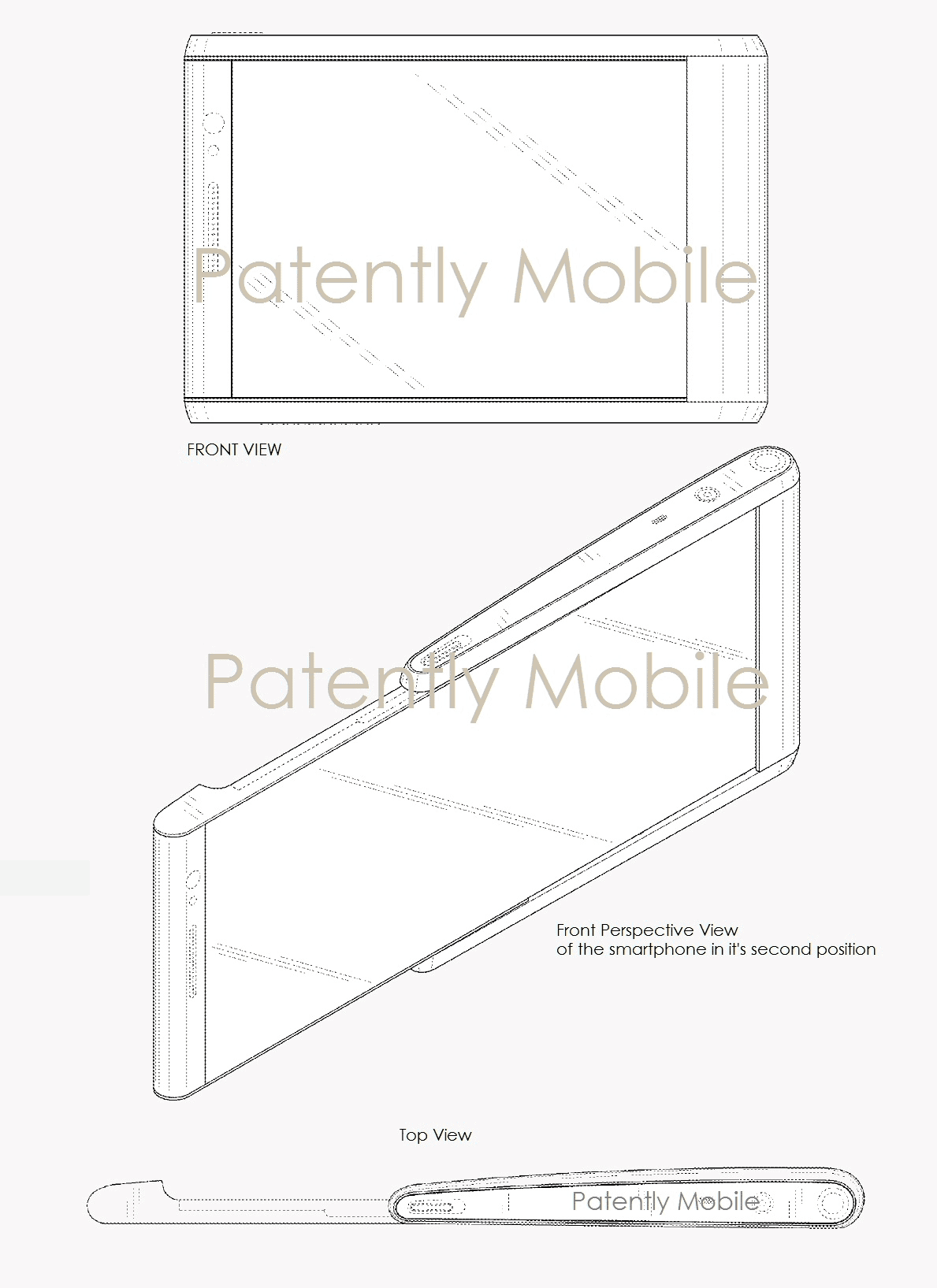