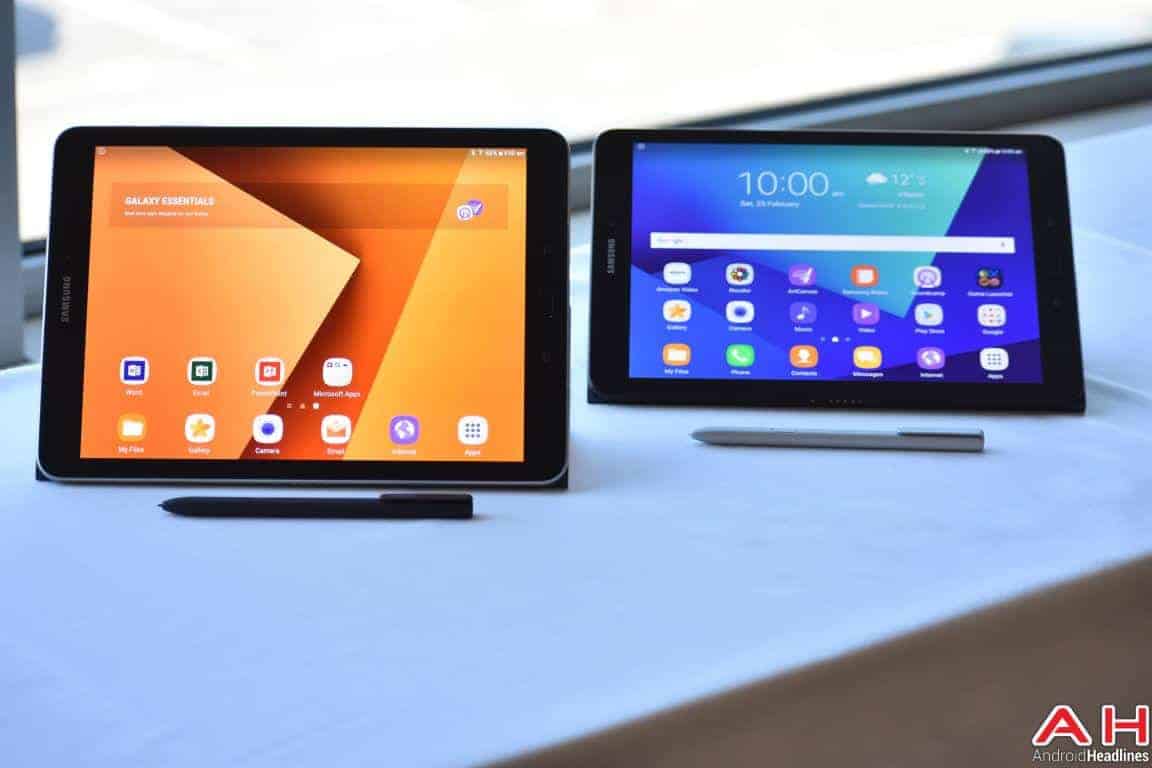 While Samsung opted to leave the Galaxy S8 at home for their trip to Barcelona this year, they didn't come empty handed. They announced the Galaxy Tab S3. An Android tablet that has been rumored for months and months, and it's finally here. It's a slightly upgraded version of what the Galaxy Tab S2 was back in 2015, but this time around, Samsung is offering it up in just one screen size. Here we have a 9.7-inch display which has a resolution of 2048×1536. And as you'd expect, it is also an AMOLED display, making it a great tablet for consuming media and such. Building on that, the speakers (there are four of them) have been tuned by AKG, making for a great audio experience as well.

Some of the other specs on the Galaxy Tab S3 include the Qualcomm Snapdragon 820 processor powering the show, 4GB of RAM and 32GB of storage. There is a micro SD card slot available for expanding storage up to 256GB. There's a 6,000mAh battery inside the Galaxy Tab S3, which is non-removable as you'd expect. The tablet does feature fast charging though, so you'll be able to charge it up nice and fast, compared to other tablets. But do keep in mind that the battery is about twice the size of most smartphone's, so it won't be as quick as charging up, say your Galaxy S7. It also includes a 13-megapixel camera with autofocus on the back along with a 5-megapixel front-facing shooter. Finally, the Galaxy Tab S3 comes with Android 7.0 Nougat pre-installed, along with Samsung's latest iteration of Touchwiz.