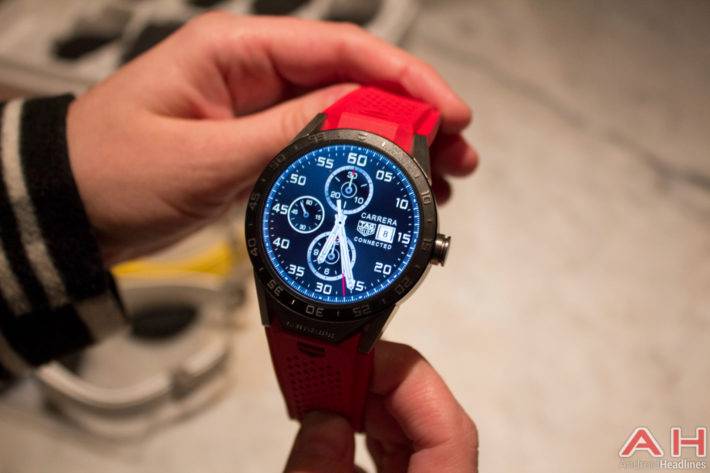 TAG Heuer's new smartwatch will launch next month according to the latest rumor instead of launching sometime in May which is the time frame that was originally suspected. In addition to launching next month, the rumor states that the arrival of the watch will happen on March 14th and that it will come with some features and design elements which will set it apart from other Android Wear smartwatch offerings. While the device is said to be coming with Android Wear 2.0, which would set it apart from most offerings if it were available right now, by the time the watch launches it's likely that all existing devices which are scheduled to get the update will have it.

Where TAG Heuer's second smartwatch will seek to differentiate itself is with a modular design. The name of the device will be the TAG Heuer Connected Modular, and the modular in the name comes from the use of a swappable watch case that will reportedly allow wearers to switch the Android Wear 2.0 body with one that offers "more traditional movement." If this is the case, it might serve as a useful feature for those who were interested in the original TAG Heuer Connected but ultimately hung up on its expensive price tag. By offering consumers the ability to swap out the smartwatch body for a traditional movement body, they could essentially turn their smartwatch into a regular watch at a moment's notice and continue using the device even after the Android Wear 2.0 body gets dated.

In addition to this modular core, the TAG Heuer Connected Modular will also reportedly come with other customization elements, such as swappable watch straps and clasps, presumably with different colors, and customizable lugs. Since this model is rumored to come with customizable watch straps, chances are that there may be different strap materials as well as different colors, and they could be sold separately allowing consumers to pick up multiples and swap them out as they please. There is no word on a price just yet, but if it has numerous customization options it could end up being more expensive than the first model. If the watch does indeed launch on March 14th, then it may end up getting an announcement during Mobile World Congress.