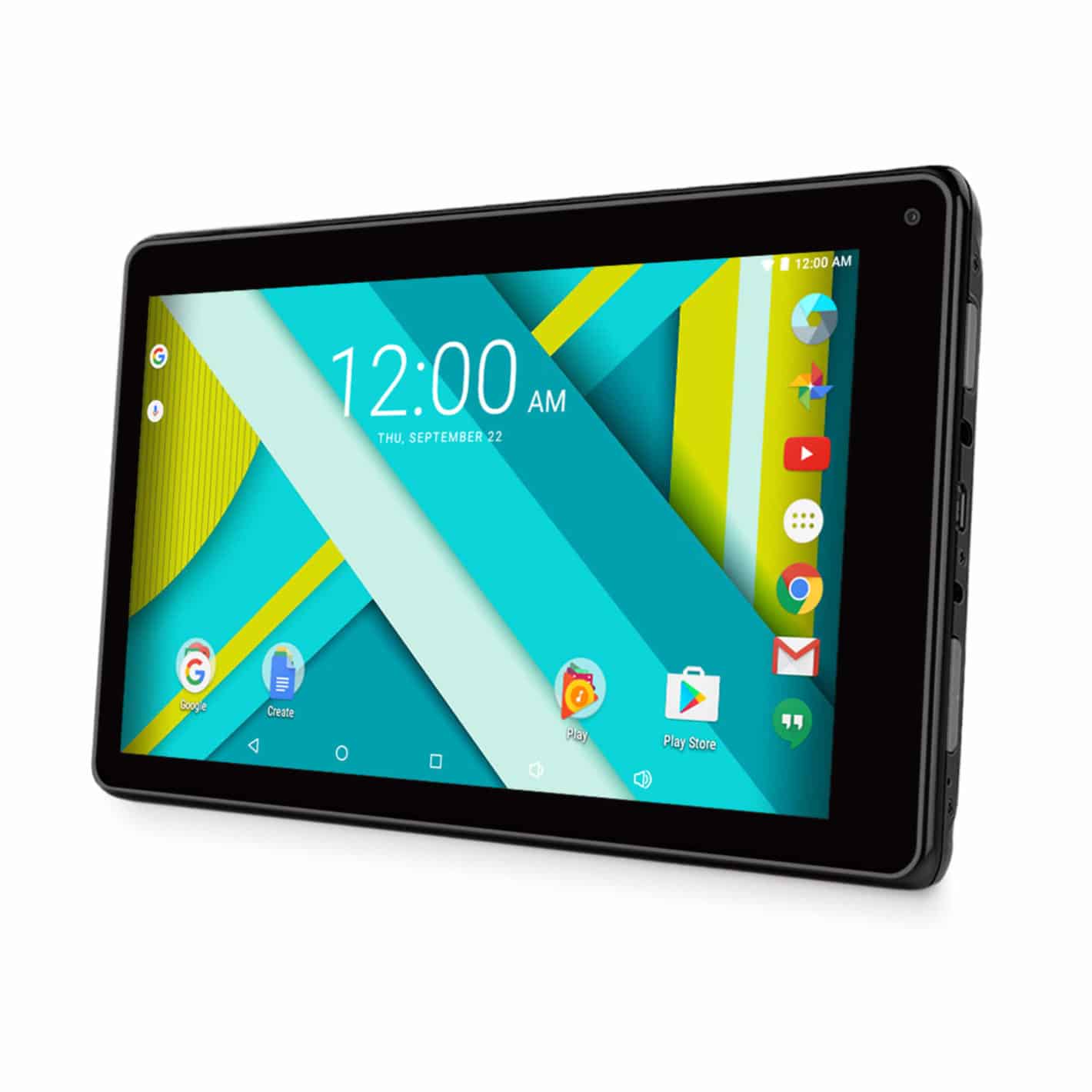 RCA introduced three new Android tablets and a Windows tablet it planned to release later this year back in January at CES 2017. They included the Horizon 17, a 12.2" 2-in-1 Android tablet, a 12.2" 2-in-1 Windows tablet and the Voyager III. Today the long-time tech company announced that the Voyager III would now be available at Walmart and Walmart.com at a budget friendly price of $50. At this price level, it's are on par with some Fire tablets with the biggest difference being Fire tablets runs a forked version of Android while RCA's tablet runs a full version.

The Voyager III will come out of the box with a 7.1" IPS screen with 1024 x 600 resolution. It has a 1.2GHz Intel Processor, 1GB of RAM, and onboard, storage is a little on the light side with 16GB. Both cameras aren't that great with both rear and front facing cameras only able to take 2MP shots. It also runs Android 6.0 Marshmallow. Compared to the Voyager II it isn't a big improvement aside from expanded internal memory which the Voyager II was at 8GB but it did have an SD card slot. RCA did slightly improve battery life by two hours as the Voyager III is expected to last 6 hours. With the specs you get from this tablet you can tell RCA is aiming for budget territory.

Still yet to come is the rest of the bunch they plan to release later this year to which they did give us a little more information. The 12.2" 2-in-1 Android tablet will run Android 6.0 Marshmallow and have dual cameras, HD screen, and Folio case and have an MSRP of $250. The 12.2" 2-in-1 Windows tablet will be powered by an Intel Pentium Processor, have a detachable keyboard, have around 10 hours battery life, USB ports, and dual facing cameras but will cost you more at an MSRP $450. And finally, the Horizon 17 is a 17.3" tablet with 2GB of RAM, 64GB Flash and will run Android 6.0 Marshmallow. There is no exact price but is expected to be below $400. RCA gave no dates of when we can expect the rest of the lineup to be released, but they can't be too far behind so stay tuned.

Buy the Voyager III at Walmart