Do we have a good one for you today – The infamous Samsung Galaxy S7 Edge takes on the new ZTE Blade V8 Pro. The Galaxy S7 Edge is still Samsung’s flagship device even though it came out almost a year ago. It retains that title because of the demise of their Galaxy Note 7 and its subsequent removal from the market. The Galaxy S7 Edge is a beautiful all-glass design and looks great with its dual curved display. The Blade V8 Pro is a good looking metal-framed device with a faux leather diamond backing over plastic – ala Galaxy Note 3. Looking at the device from the front, it reminds you of a Samsung Galaxy S7 with its rounded corners, home button, and fingerprint sensor at the bottom. Both devices feel solidly built even with the plastic back on the Blade V8 Pro. We are looking to find out which device offers the best bargain for specifications and performance. Let’s compare what they have in common first and then we will look at each smartphone in more detail to pick the winner in this comparison.

The Samsung Galaxy S7 Edge and the ZTE Blade V8 Pro have a few things in common. The displays on the two devices are the same 5.5-inches in size. The larger bezels on the Blade V8 Pro results in it being slightly larger in physical size and weighing in at 28 grams more than the Galaxy S7 Edge. The displays use different technology, different resolutions, and even different Gorilla Glass for protection. They both use a Snapdragon processor (US version of S7 Edge), but a slightly different variation – same goes for their Adreno GPUs. They pack different amounts of RAM– 4GB in the S7 Edge and 3GB in the V8 Pro – both have a 32GB memory option, and both have the means to expand their memory via a microSD card. The primary camera areas could not be more different – the Galaxy S7 Edge uses one 12MP sensor, and the Blade V8 Pro uses two 13MP cameras – but both take great pictures. They both included Hi-Res audio, although the V8 Pro cranks it up a notch with Dolby sound enhancements. Both have a front-mounted fingerprint sensor for unlocking your device as well as authorizing mobile payments. They both use a non-removable battery, and both have rapid charge capabilities. They come with the usual suspects – WiFi, Bluetooth v4.2, GPS, NFC, and the Blade V8 Pro has a newer Type-C reversible port for charging and data transfer, while the Galaxy S7 Edge uses the older microUSB v2.0 port. 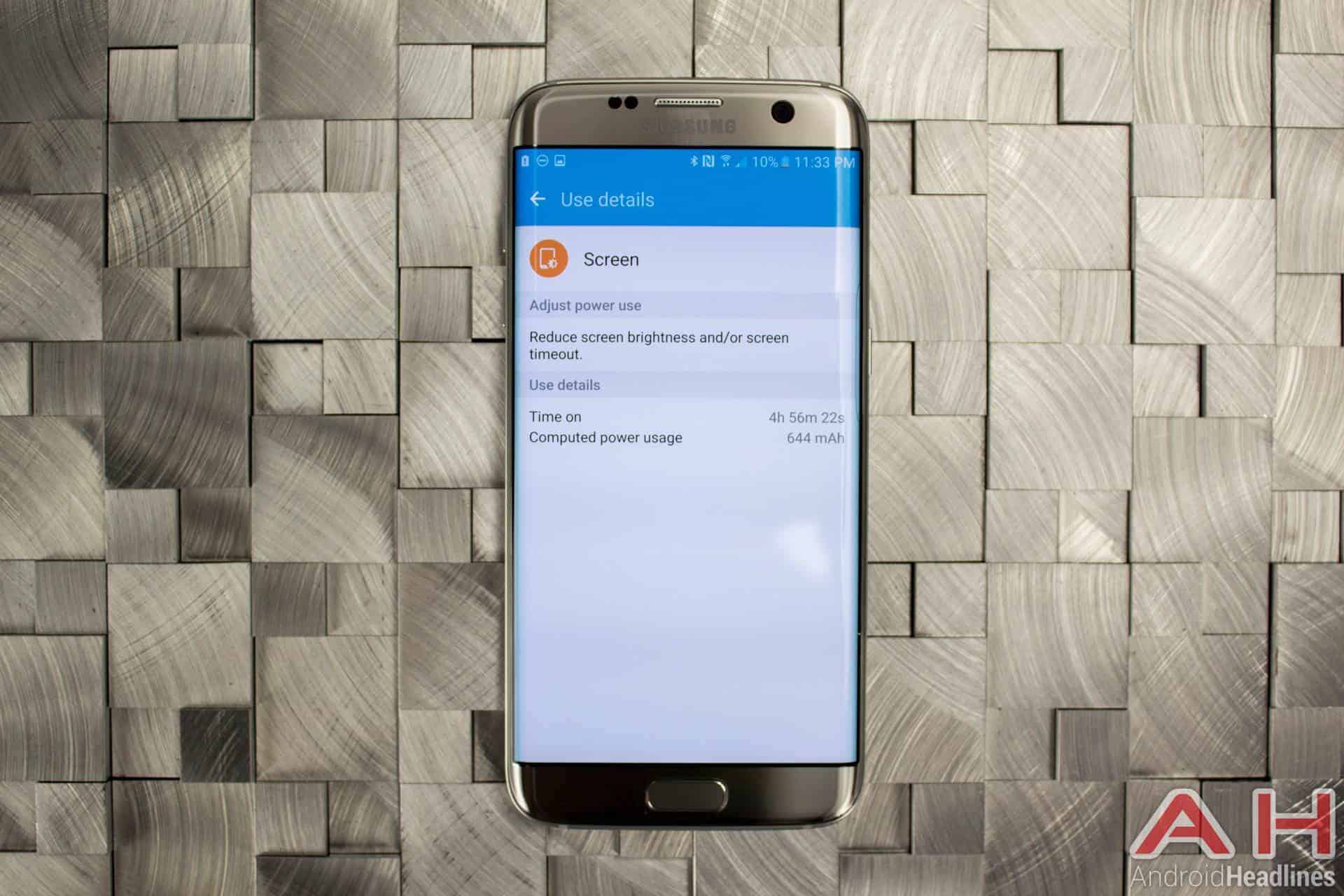 The plan was to have the real focus on the Galaxy Note 7 by now and have the Samsung Galaxy S7 Edge go out to pasture when the new Galaxy S8/S8 Edge are released this spring. However, Samsung discontinued production of the Galaxy Note 7, stepped up advertising of the Galaxy S7/S7 Edge, and so it is still Samsung’s flagship model. The Galaxy S7 Edge uses a metal and glass design, and the familiar dual-curved screen still looks awesome, although it lost a little of its ‘wow’ factor. How does this aging, premium smartphone hold up to the new mid-range ZTE Blade V8 Pro? Let’s look and see just how they compare to one another.

Samsung wants a great camera in their flagships, but nothing too fancy – no dual lens here. Rather than increasing the size from 16MP to 21MP, they went for fewer megapixels, but larger pixels in a new Dual Pixel 12MP sensor. They increased the aperture to a large f/1.7 for low-light shots, included a faster phase detection autofocus (PDAF), auto HDR, LED flash, and OIS. The Galaxy S7 Edge uses a 5MP wide-angle lens with the same large f/1.7 aperture and Live HDR for its front-facing camera (FFC) for excellent low-light selfies and video chatting. The battery size is a rather larger, non-removable 3600mAh battery with Quick Charge 2.0 and quick wireless charging as well.

The Galaxy S7 Edge has many features – some are great – like an ‘always-on’ display helping to conserve battery life and its IP68 dust and water certification. Because it is a Samsung, you can enjoy Android Pay and Samsung Pay, which expands where you can make mobile purchases. While the dual curved edges have lost most of their ‘wow’ factor, they still make the phone sharp looking as well as providing some limited functionality with quick access to several features. Some features are for a select group and may be ones you will never use – such as a heart rate monitor, oxygen saturation sensor, and quick wireless charging. The Galaxy S7 Edge measures 150.9 x 72.6 x 7.7 mm, weighs in at 157 grams and is available in Black, White, Gold, Silver, and Blue costing about $790 – however, promotions are sometimes available. 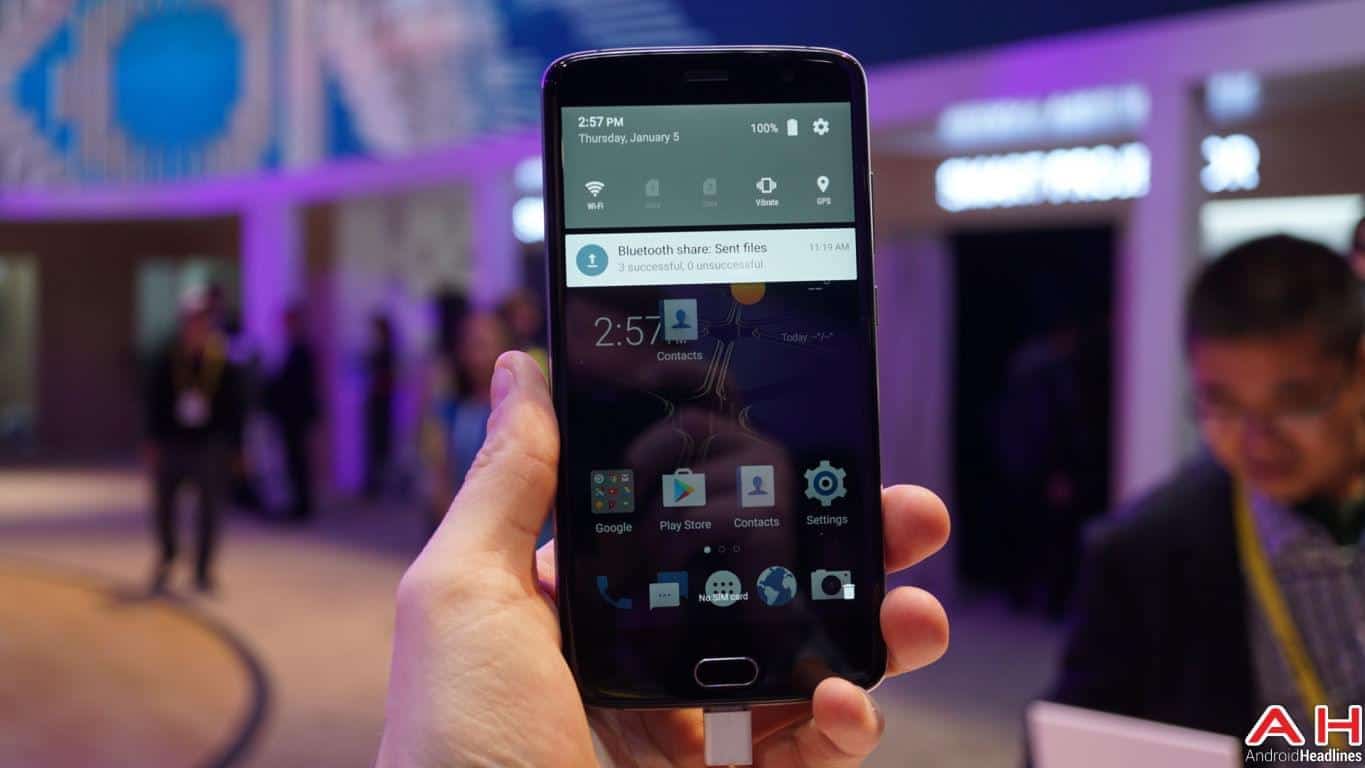 ZTE is your typical company from China that offers more smartphone than the low price you pay. The new Blade v8 Pro is another fine example of this philosophy. The Blade V8 Pro is available now in the US through retailers such as Best Buy, Amazon, and Newegg for the low sum of only $230. It has a solid metal frame with a plastic back that looks like faux leather with a diamond style pattern that results in a firm grip that is comfortable to hold. You will not find a QHD display in this price range, but ZTE was able to squeeze in a dual camera setup with some interesting camera software. The Blade V8 Pro includes a Snapdragon processor, an Adreno GPU, and expandable memory. Let’s see if it has what it takes to stand up to the more expensive Samsung Galaxy S7 Edge.

The Blade V8 Pro sports a 5.5-inch IPS LCD Full HD display, which provides it with a resolution of 1920 x 1080 pixels or a respectable 401 PPI – more pixels than the iPhone’s so-called Retina Display. It uses a 64-bit Qualcomm Snapdragon 625 octa-core processor (MSM8953) clocked at 2GHz and an Adreno 506 GPU to handle the graphics. The processor was specifically designed to use very little battery life while still providing an overall good experience. The Blade V8 Pro packs 3GB of RAM and has 32GB of internal memory that is expandable up to 256GB via a microSD card.

For $230, it seems an impossible task for the Blade V8 Pro to included dual 13MP primary cameras that have bokeh, monochrome, and monocolor modes. Both cameras use PDAF and a dual LED flash that has seven levels of brightness. Those features will allow the user to experiment with B&W or Monocolor photos – something not found on a smartphone in this price range. The FFC uses a rather large 8MP sensor to capture selfies for social media or to handle a video chat. A 3140mAh non-removable battery powers the device and uses Quick Charge 2.0 for quickly charging the battery. ZTE claims the Blade V8 Pro will last you the entire day on a full charge.

You certainly get more than your money’s worth with the $230 ZTE Blade V8 Pro as long as you are content to use a GSM network, such as AT&T or T-Mobile. It does have NFC capability and a fingerprint sensor on the bottom of the front so that you can unlock the device and make mobile payments, including Android Pay. ZTE did include Hi-Res Dolby audio for listening through the earphones, and while it has two holes at the bottom end of the device, only the left hole has a speaker behind it. If the hole is there and the Hi-Res sound is there, why not include two speakers. The 3.5mm earphone jack is on the top of the phone. The Blade V8 Pro measures 156 x 77 x 9.1mm and weighs in at a hefty 185 grams. It is available in our favorite color, Black and costs about $230. 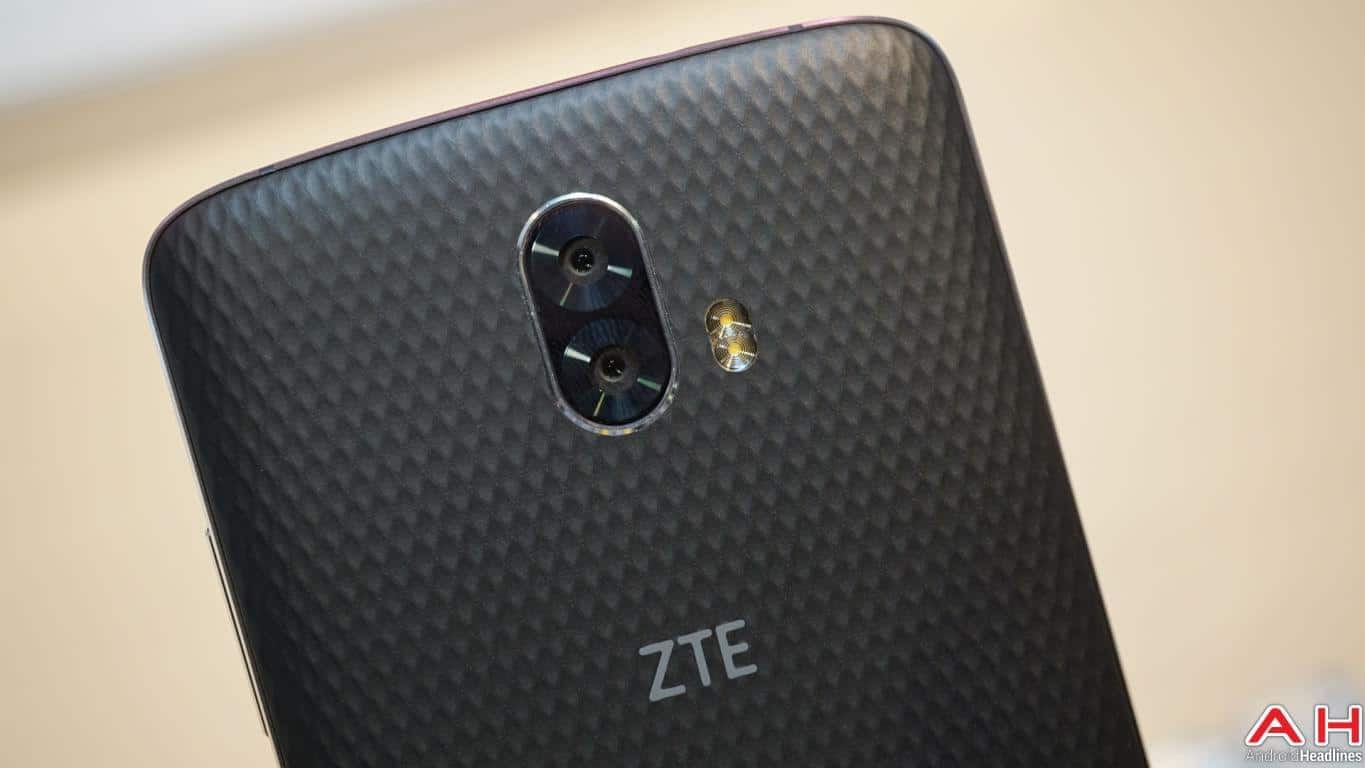 I question this decision myself because I love the Galaxy S7 Edge, but mostly for its looks and Super AMOLED QHD display, not the extra bells and whistles. With a price tag approaching $800, you have to ask yourself if it is worth $560 more than the ZTE Blade V8 Pro – I don’t think so, what about you?

If you are fine with being on AT&T or T-Mobile’s network, the Blade V8 Pro should suit you just fine. It has the same size display, albeit FHD and LCD, a decent processor and GPU, dual cameras, can make mobile payments, includes a larger FFC, and handles Hi-Res audio for your earphones. It does this all for only $230.

The Samsung Galaxy S7 Edge is the superior device when it comes to specifications, but when you combine those with a $790 price tag, you have to ask yourself if it is worth it. Will you miss QHD, the curved display, IP68 certification, a heart rate monitor, and an oxygen saturation sensor? If the answer to these features is a big, fat, NO, then the ZTE Blade V8 Pro may be the device for you.