Do we have a good one for you today – the Moto Z Force goes up against the ASUS ZenFone AR. The devices differ in their design and materials – the Z Force uses an all-metal backing, and the ZenFone AR uses a faux leather backing – but both share a solid build quality. The Moto Z Force can enhance its abilities by accepting Moto Mods, or it will accept different backs to personalize its looks. Those Mods or backings take away from the large camera that protrudes out of the back. The ZenFone AR is ready for augmented reality (AR), Virtual Reality (VR), Tango, and is Daydream ready. We are looking to find out which device offers the best specifications and performance. Let’s compare what they have in common first and then we will look at each device in more detail to pick the winner in this comparison.

The Moto Z Force and the ASUS ZenFone AR have a few things in common. The display on the ZenFone AR is only 0.2-inches larger, which makes their physical size almost identical. Virtually identical in size, the ZenFone AR weighs only 7 grams more than the Moto Z Force. The displays use the same AMOLED technology and the same QHD resolutions. They both use the same processor, with the ZenFone AR using an updated version, and the same GPU. They use different amounts of RAM, but do have a 32GB variant and expandable memory via a microSD card. The primary and front-facing cameras (FFCs) areas are different, but both deliver great photos with the nod going to the Moto Z-Force. Both have a front-mounted fingerprint sensor for unlocking your device as well as authorizing mobile payments, and both have a large, non-removable battery with rapid charge capabilities. They both come with the usual suspects – WiFi, Bluetooth (v4.1 on the Z Force and v4.2 on the ZenFone AR), GPS, NFC, and both use the newer Type-C reversible port for charging and data transfer.

Lenovo came out with their new Moto Z series that includes the top Moto Z Force found exclusively on the Verizon network. The Moto Z and the Moto Z Play can be purchased as unlocked devices for all networks. The Moto Z Force packs a QHD AMOLED display with an exclusive ShatterShield screen that helps to prevent the screen from cracking/shattering when dropped. Moto is finally on a mission to create a great camera area with a 21MP camera, and they threw in a large battery, and a Moto Turbo Charger. The Moto Z Force is a sturdy all-metal design with a solid build and offers a thin stature with a protruding camera and metal contact points on the back for Moto Mods. All three of the Z family devices can use the Moto Mods that easily allows you to increase the functionality of the smartphone. By ‘snapping’ one onto the back, it is held on with magnets and stabilized by the protruding camera ring. The best part is that there is no reason to shut down the phone when adding or removing a Mod.

The Moto Z Force sports a 5.5-inch AMOLED QHD display resulting in a resolution of 2560 x 1440 pixels and 535 pixels-per-inch (PPI). Moto’s custom ShatterShield is exclusive to the Z Force model and adds a 5-layer protective shield over the display to help prevent breakage or shattering of the screen. Lenovo used the best processor out at the time of the Z Force’s release – the Snapdragon 820 quad-core processor with dual cores clocked at 1.6GHz and dual cores clocked at 2.15GHz. It works with an Adreno 530 GPU to handle any gaming graphics you can throw at it. The Moto Z Force packs 4GB of DDR4 RAM and offers 32GB of the faster UFS 2.0 internal memory that is expandable 256GB via a microSD card.

The Moto Z Force’s primary camera uses a 21MP sensor with a large aperture of f/1.8, laser and phase detection autofocus (PDAF), a dual-tone flash, and OIS. The front-facing camera (FFC) uses a 5MP lens with a f/2.2 aperture and includes its own LED flash for selfies and video chatting. The Moto Z Force has a large 3500mAh non-removable battery that comes with a Moto Turbo Charger, one of the fastest chargers available. You can add an $89 Moto Mod that will increase the battery by size by 2200mAh and adds wireless charging capabilities.

The Moto Z Force does not have a 3.5mm headphone jack, although Lenovo provides an adapter that plugs into the Type-C reversible port to accept earphones. It actually does produce a better sound than the typical 3.5mm jack does, but you have to remember to carry around an adapter or look to purchase Bluetooth headsets. A special feature of the Moto Z Force is its ability to utilize Moto Mods that can add features to your devices such as an extended battery with wireless charging, JBL speakers, and a Hasselblad camera attachment. While the Z-Force comes with a decorative back cover, you can also add other customized covers to the back to help personalize its looks. The Moto Z Force is part of the Droid series that is exclusive to Verizon. It has an IP53 certification for water resistance, but it is not a sealed phone. It measures in at 155.9 x 75.8 x 7mm and weighs in at 163 grams. It comes in four colors – Black/Gray, Black/Rose Gold, Black/Gold, and White with pricing around $720. 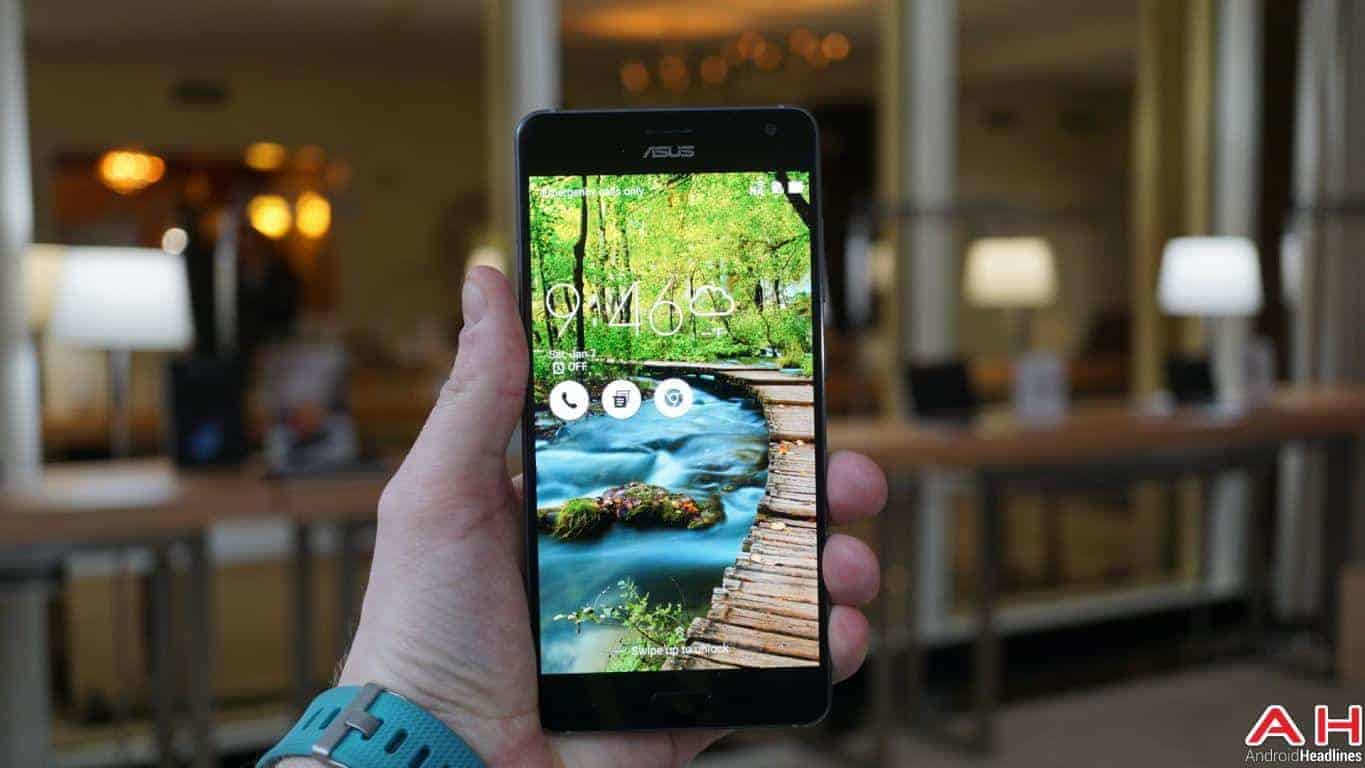 It could well be that the new ASUS ZenFone AR will become one of the most talked about devices of 2017. This device stands out from the crowd because it is the first Tango-enabled smartphone that has both Augmented Reality (AR) and Virtual Reality (VR) in one smartphone as it is also Daydream ready. It has three camera lenses and the necessary software to make it work. The ZenFone AR comes in black only with a metal frame and a faux leather backing. The back reminds you of a Samsung Galaxy Note 3, and the front reminds you of the Galaxy S7 with its round corners and a fingerprint sensor that looks like a home button. ASUS also gave it high-quality audio to use whether you listen to it through its five-magnet single speaker or earphones. How does it stack up against the Moto Z Force?

The ASUS ZenFone AR sports a 5.7-inch QHD Super AMOLED display with a resolution of 2560 x 1440 pixels and 515 PPI. ASUS was smart to use the improved Snapdragon 821 quad-core processor in the ZenFone AR. It still uses the same dual cores of the 820 clocked at 1.6 GHz and dual cores clocked at 2.35GHz and the Adreno 530 GPU for its graphic duties. One version of the ZenFone AR packs 6GB of DDR4 RAM and offers 32GB/64GB of memory, with expansion up to 256GB via a microSD card. Another version will be coming out that packs 8GB of RAM.

ASUS equipped the ZenFone AR with a TriCam system to use Tango. It requires the use of three rear cameras for its special effects. The main camera starts with a 23MP lens, and then adds a motion tracking lens and finally a depth-sensing lens with an infrared (IR) projector. It includes laser autofocus, a 3X Optical zoom, 4-axis OIS, dual-toned LED flash, and an aperture of f/2.0. For its FFC, the ZenFone AR uses an 8MP wide-angle lens with the same f/2.0 aperture, autofocus, and dual-tone LED flash for excellent low-light selfies and video chatting. The battery size is a non-removable 3300mAh battery with Quick Charge 3.0.

The ASUS ZenFone AR is Tango-enabled and is the first smartphone design with both AR and VR capabilities as well as being Daydream ready, and it should be a hot commodity in 2017. It sports a fascinating camera area to accomplish those tasks. It includes a powerful five-magnet speaker for impressive sound as well as DTS Headphone X for virtual 7.1 surround sound and Hi-Res audio – it is a shame ASUS did not include dual stereo speakers. You can unlock the phone or authorize Android Pay mobile purchases with a swipe of your finger because of its NFC chip and fingerprint sensor. The ASUS ZenFone AR measures 158.7 x 77.7 x 9mm, weighs in at 170 grams and is available in Black with the faux diamond cut leather backing. It is a GSM device, so it will not work on Verizon or Sprint. It comes with Android 7.0 out of the box and should be available soon and should cost somewhere in the neighborhood of $600. 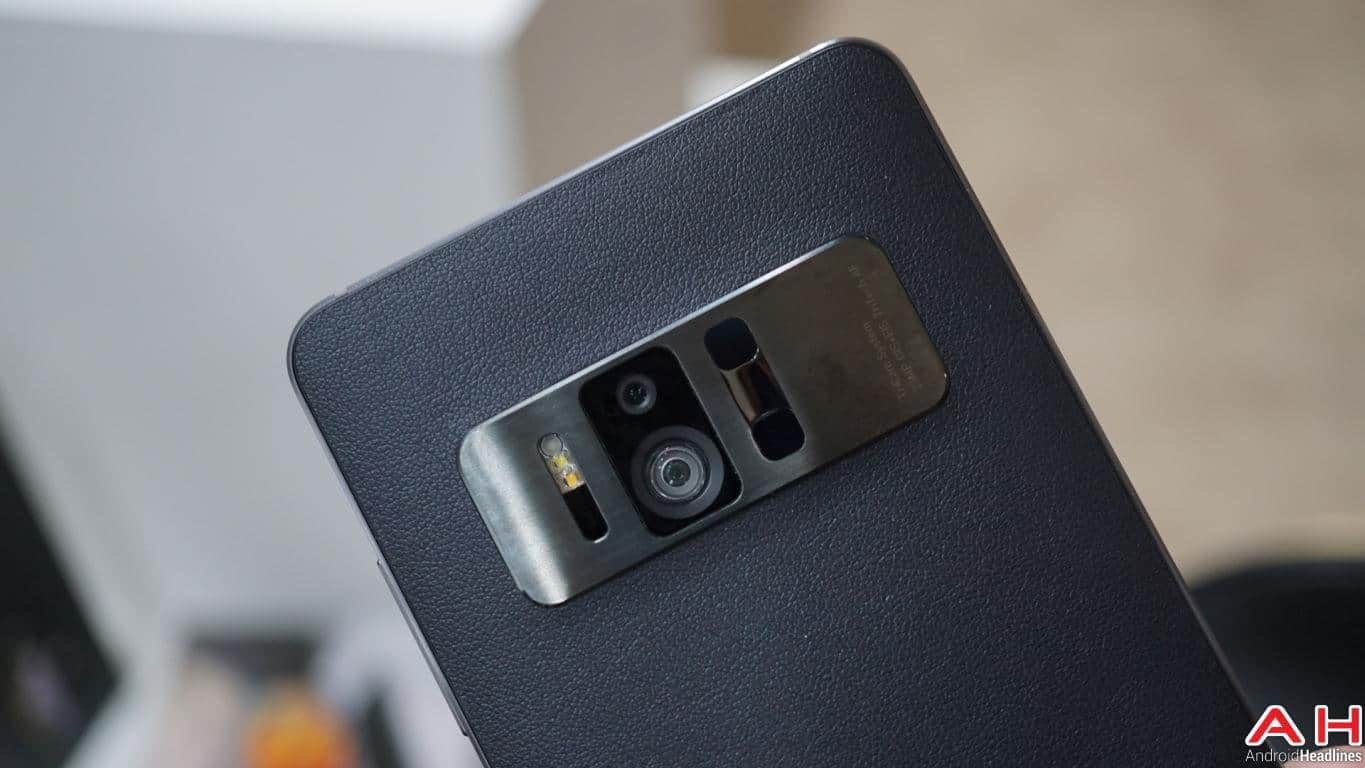 This was a very tough decision as the Moto Z Force is a remarkable phone and its ability to use Moto Mods only adds to its versatility – however, this versatility extends exclusively to the Verizon network. The ASUS ZenFone AR does have the technical edge and the lower price of the two devices. Other than the fact that the ZenFone AR is a GSM only network, leaving Verizon and T-Mobile out of the picture, I simply do not see a weak point, so I am crowning it as the winner of this competition.

The ZenFone AR has a larger display, a slightly faster processor, the same GPU, more RAM, Android 7.0 Nougat out of the box, high-end sound, Tango, AR, VR, and is Daydream ready. The Moto Z Force does have the ShatterShield screen, has been upgraded to Android 7.0 Nougat, runs almost pure vanilla, has Splash resistance to water, and can use Moto Mods…but also costs about $120 more than the very capable ZenFone AR.

The Moto Z Force is an excellent smartphone, and the Moto Mods are a true plus factor, but it does cost more while the ZenFone AR has slightly better specifications and the excitement of Tango, AR, VR, and Daydream make it just too intriguing to pass up.