OPPO had managed to grow quite a bit last year. The company is actually the fourth largest smartphone manufacturer in the world in terms of both shipments and market share, at least according to IDC’s latest report. OPPO sells most of its smartphones in China, though they operate all over Asia, and have some presence in Africa and the Middle East as well. Consumers in Europe and the US are not that familiar with OPPO’s products, mainly because the company still has to make that push towards both of those regions. In any case, only Samsung, Apple and Huawei have managed to trump OPPO last year, while many other smartphone manufacturing companies shipped less devices than OPPO in 2016.

According to IDC, OPPO had managed to ship out 99.4 million smartphones last year, which is twice as much they were able to sell a year earlier, as OPPO sold ‘only’ 42.7 million devices in 2015. This represents a 133% year-on-year (YoY) growth, which represents a great success for this China-based smartphone manufacturing company. “In 2016, our strategy was to stay simple and focused – putting out premium-quality products with phenomenal cameras”, said Sky Li, OPPO’s Vice President and Managing Director of International Mobile Business. Mr. Li also claims that OPPO listens to users, and does its best to cater to their needs. The company’s ‘OPPO R’ and ‘OPPO F’ series of smartphones did really well last year, and the company also mentioned that the OPPO F1s was a great success in both South and Southeast Asia. This handset comes with a 16-megapixel camera, and is also called the selfie phone, though its specs are really solid through and through.

On the other hand, the OPPO R9 was the company’s best-selling smartphone in China last year, according to Counterpoint Research. The OPPO R9s was released later in 2016, and the company also managed to sell quite a few of those units as well. OPPO says that they expanded quite a bit in 2016, and that they plan to continue doing so this year as well. They plan to continue expanding in Egypt and accelerate expansions in the Middle East and North Africa regions. 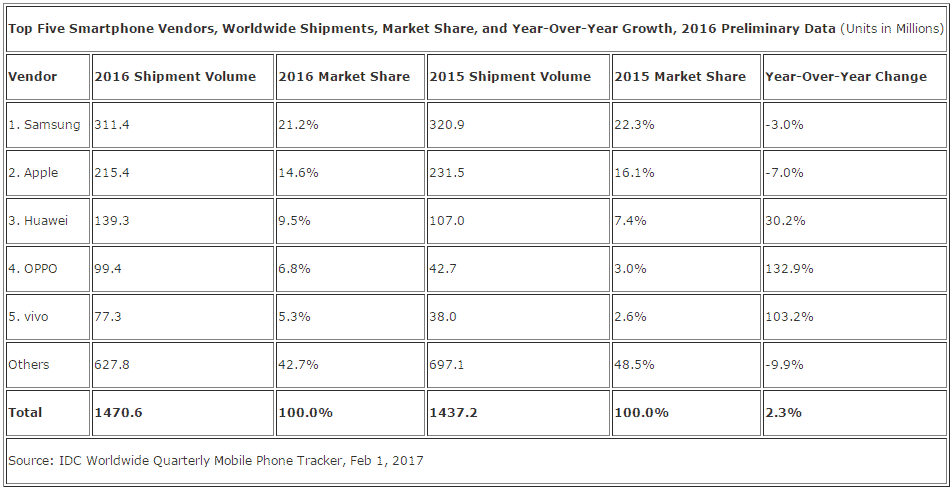