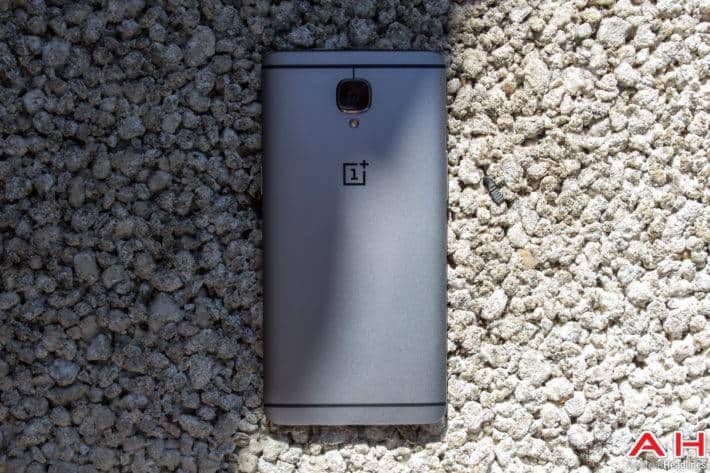 OxygenOS 4.0.3 for the OnePlus 3 is now beginning to roll out on an incremental basis. OnePlus did not state how it's determined who will be getting it first, only that some users will be getting it today, while others will have to wait another day or two. OxygenOS 4.0.3, like 4.0.2 before it, is based on Android 7.0 (Nougat), and fixes a number of issues with the last update while adding a few new features. The new features mostly come in the form of tweaks to how Wi-Fi is handled in the user interface, as well as some quality tweaks for the camera app, and for recording video and audio. The fixes, on the other hand, mostly pertain to Wi-Fi issues that some users had been having, and a few DIY remedies are included in the forum post for those still having issues.

In terms of the new features and tweaks, among them is a toggle to easily switch IPv6 support for Wi-Fi on and off. A smart Wi-Fi switcher that can jump off of poor Wi-Fi automatically is also on board. Users in India will find the Amazon Prime app pre-installed. Aside from this, there are a number of tweaks for a smoother, more stable experience. The default camera app's stability is improved a bit, and the camera will take somewhat better night photos due to exposure optimization. Audio recordings are also tweaked for better quality, and the APN list has been updated to support more carriers out of the box. Last but not least, the new firmware includes specific fixes to make the LINE app more stable.

DIY fixes pointed out in the forum post all pertain to Wi-Fi disconnections. Some users may experience frequent and sudden disconnections from Wi-Fi, and in order to remedy this, the forum post recommends that users first try disabling IPv6 support for Wi-Fi, and if that does not fix the issue, turning off the smart Wi-Fi switcher. Users who still have issues with both of these features disabled are welcome to submit a formal support request so that the team in charge of the update can look more deeply into their particular issue. The same forum post also includes a survey about OnePlus' user interface in OxygenOS, presenting users an opportunity to give the manufacturer some general feedback.