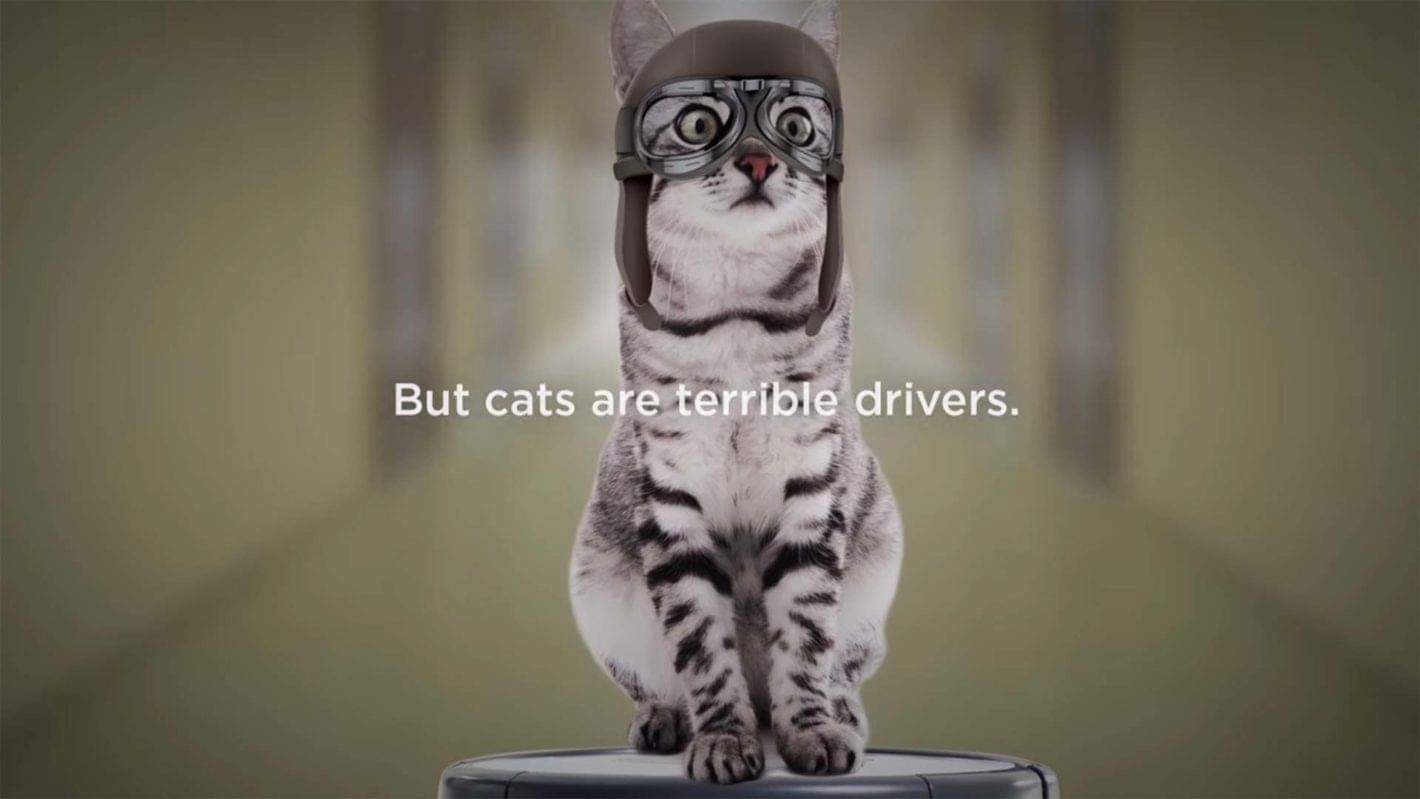 Neato Robotics recently debuted a new video ad promoting the Neato Botvac, its latest robot vacuum cleaner which is allegedly so advanced that it doesn’t require a cat to drive it, the company claims. In a press release sent to major media outlets on Monday, the Newark, California-based firm explained how its latest ad was created in response to “The Internet Wants You” Super Bowl commercial published by GoDaddy last week. As the commercial in question depicts a number of cats driving allegedly automated vacuum cleaners, Neato Robotics wanted to show how its Botvac cleaner is much more advanced and has actually evolved beyond cat drivers.

Seeing how it’s equipped with a laser mapping system allowing it to have a reliable sense of its surroundings, the Neato Botvac is a fully autonomous helper capable of cleaning your house without a cat pilot, Neato Robotics said. The Californian consumer electronics manufacturer also pointed out how its products have been capable of autonomous operation since the company started making them in 2010, adding that their latest offerings boast Wi-Fi connectivity, Amazon Alexa integration, and support for Facebook and Messenger Chatbots. As Neato Robotics explained, all of those technologies improve the lives of both cats and humans alike. Nancy Nunziati, the Vice President of Marketing at Neato Robotics asserted that the firm’s offerings are much more advanced than anything else on the market, adding that vacuum cleaners that require cat drivers are “so five years ago.” You can watch this lighthearted ad promoting the Neato Botvac below.

In addition to the video ad, Neato Robotics also went one step further in its efforts to illustrate the advantages of its offerings in comparison to cat-driven robot vacuums and created an infographic designed to accomplish just that. Among other things, the infographic claims that the company’s robots never sleep when their owners expect them to be working and can be controlled with an app, in addition to being capable of shooting lasers and having no fear, unlike cats tasked to drive vacuum cleaners. In related news, Neato added a number of useful functionalities to its product lineup in recent months and more are expected to follow soon. 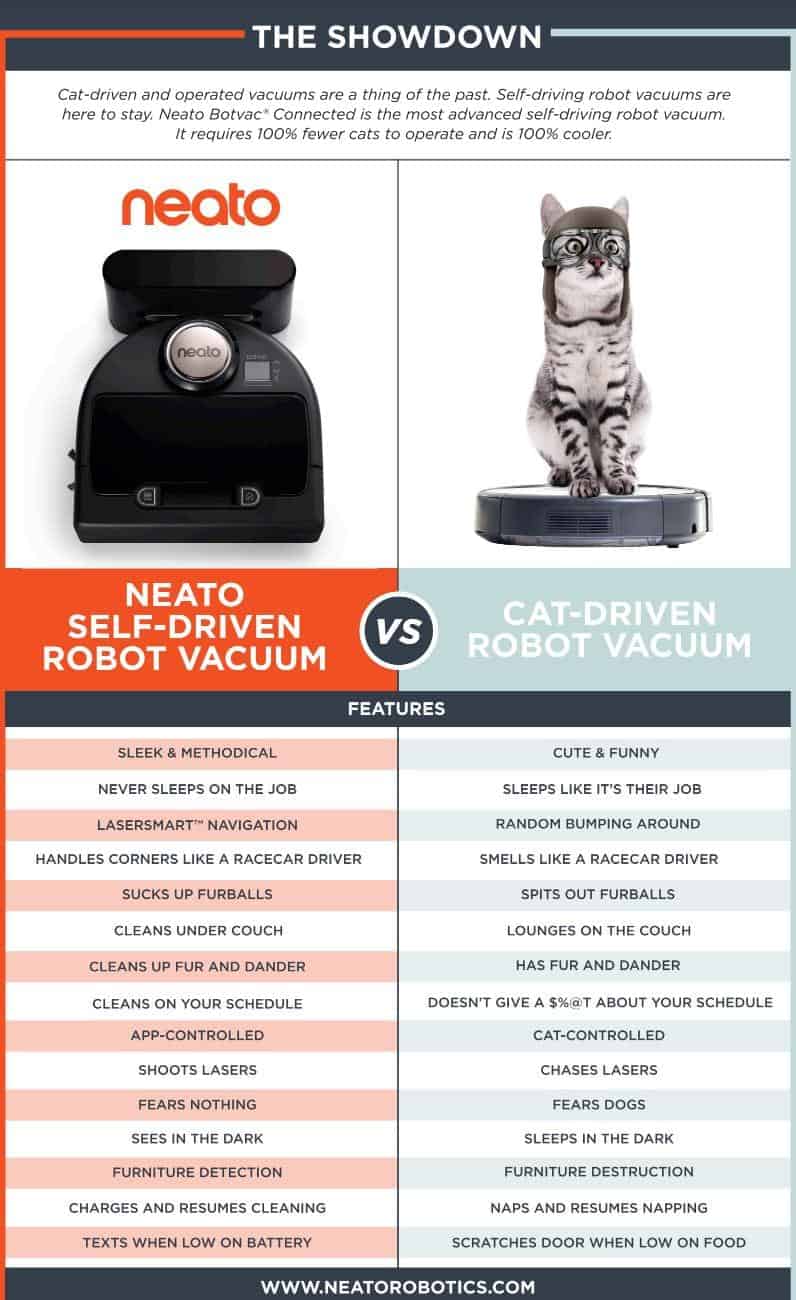