LG Electronics is seemingly preparing a new smartphone for market release. The device recently passed through and has been approved by the FCC, where it’s listed as carrying model number ‘LG-US110’. Specifications remain largely unknown, but the regulatory agency confirms that the device takes advantage of Bluetooth LE (Low Energy) and Wi-Fi 801.11 b/g/n connectivity.

As usual, the FCC documentation shows the location of the FCC ID label, and in this particular case, it indirectly confirms that the mysterious LG smartphone takes advantage of a user removable battery. The FCC filing reads that “the battery will not be assembled with the device” on delivery, and that the FCC ID label will be visible to users once they unpack the product and prepare for installing the battery. Sadly but unsurprisingly, the FCC documentation doesn’t reveal much else in regards to the smartphone’s characteristics. However, assuming that the FCC ID Label application showing the battery housing reflects the smartphone’s overall design then we can assume that the device doesn’t follow the same design language as the new LG K series, at least judging by the shape of the camera module. It also doesn’t seem to be related with the LG Aristo launched recently in the United States, which carries model number “LG-MS210”.

In any case, the smartphone underwent testing at the FCC in late December-early January, which theoretically means that LG Electronics should be relatively close to an official unveiling. Either way, the Korean company is expected to attend Mobile World Congress 2017 in Barcelona, Spain at the end of February, where the company should introduce a range of new products for the first half of 2017, including the highly anticipated LG G6 flagship phone. The tech giant could also prepare more than one smartwatch for unveiling at MWC 2017, and of course, it remains to be seen whether or not the new and mysterious LG-US110 will also be present on the show floor. Whatever the case may be, the smartphone’s debut might be just around the corner and more details regarding its specifications, availability, and pricing are likely to emerge and reach the headlines in the following weeks. 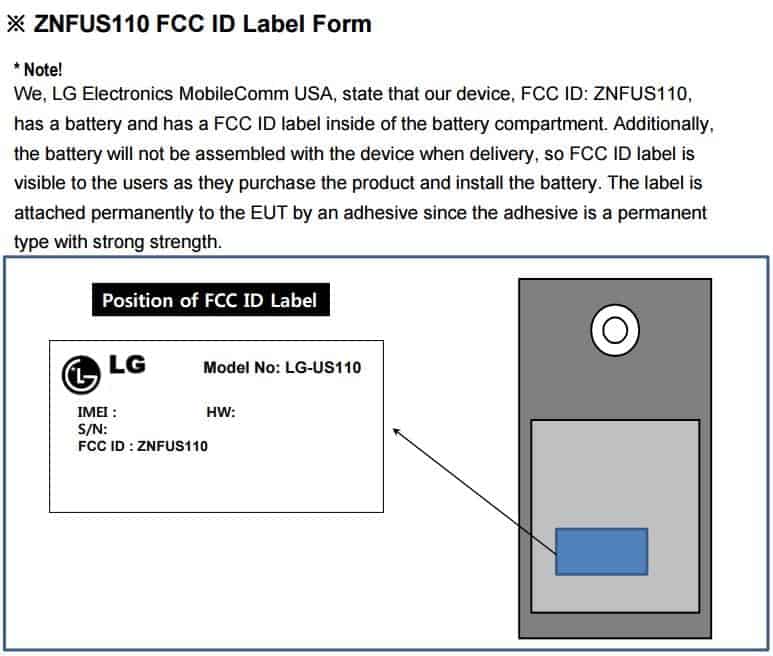