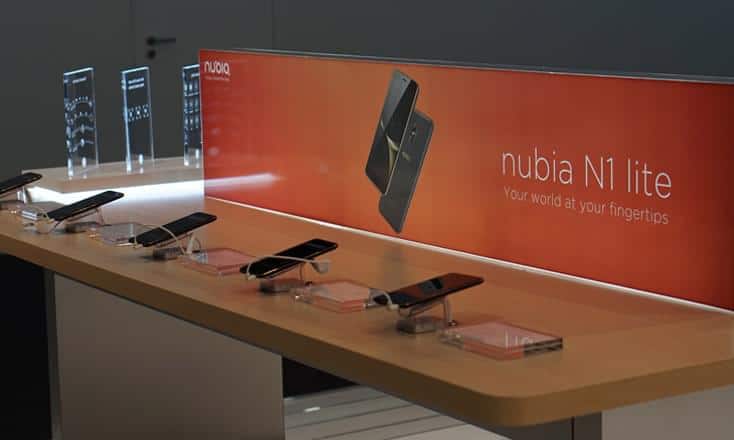 Nubia just unveiled their new smartphone, the Nubia N1 lite. This smartphone was announced at MWC 2017 in Barcelona, and we're looking at a mid-range handset here it seems. The company did not really share all that much spec details when it comes to this smartphone, but we do have some info about the handset. This smartphone is made out of metal, and it comes with a 5.5-inch 720p (1280 x 720) display, which is covered by a sheet of 2.5D curved glass. ZTE says that this phone's display offers dynamic contrast and adaptive brightness, and as a result, you can use it without a problem even in bright sunlight.

The Nubia N1 lite also comes with a front-facing LED flash and a beautification mode, this camera mode is available for both the device's front-facing and rear-facing cameras. We don't know what sensor Nubia used for either of the cameras, but the company did reveal that the rear-facing camera features f/2.0 aperture and a dual_LED flash. They also mentioned that the camera can hold its own when the sun sets, which at least sounds promising. This phone also comes with a fingerprint scanner, and Nubia claims that it can unlock this smartphone in 0.3 seconds. That is pretty much it as far as specifications are concerned, that's all the spec info Nubia shared at MWC 2017.

Now, the company did say that this is essentially a global launch of the Nubia N1 lite, and they've also mentioned in which markets will the device be available. The Nubia N1 lite will be released at the end of March this year, and will be available in the following countries: Czech Republic, Germany, India, Indonesia, Italy, Spain, Thailand and Vietnam. As you can see, there are four European and four Asian countries listed here, though it is possible that Nubia plans to push this smartphone to more markets eventually, maybe in Q2 or Q3 this year, even though they did not mention anything about it at MWC 2017. That is all the info that Nubia released when it comes to this smartphone, we're guessing that more specific details will follow in the coming weeks.