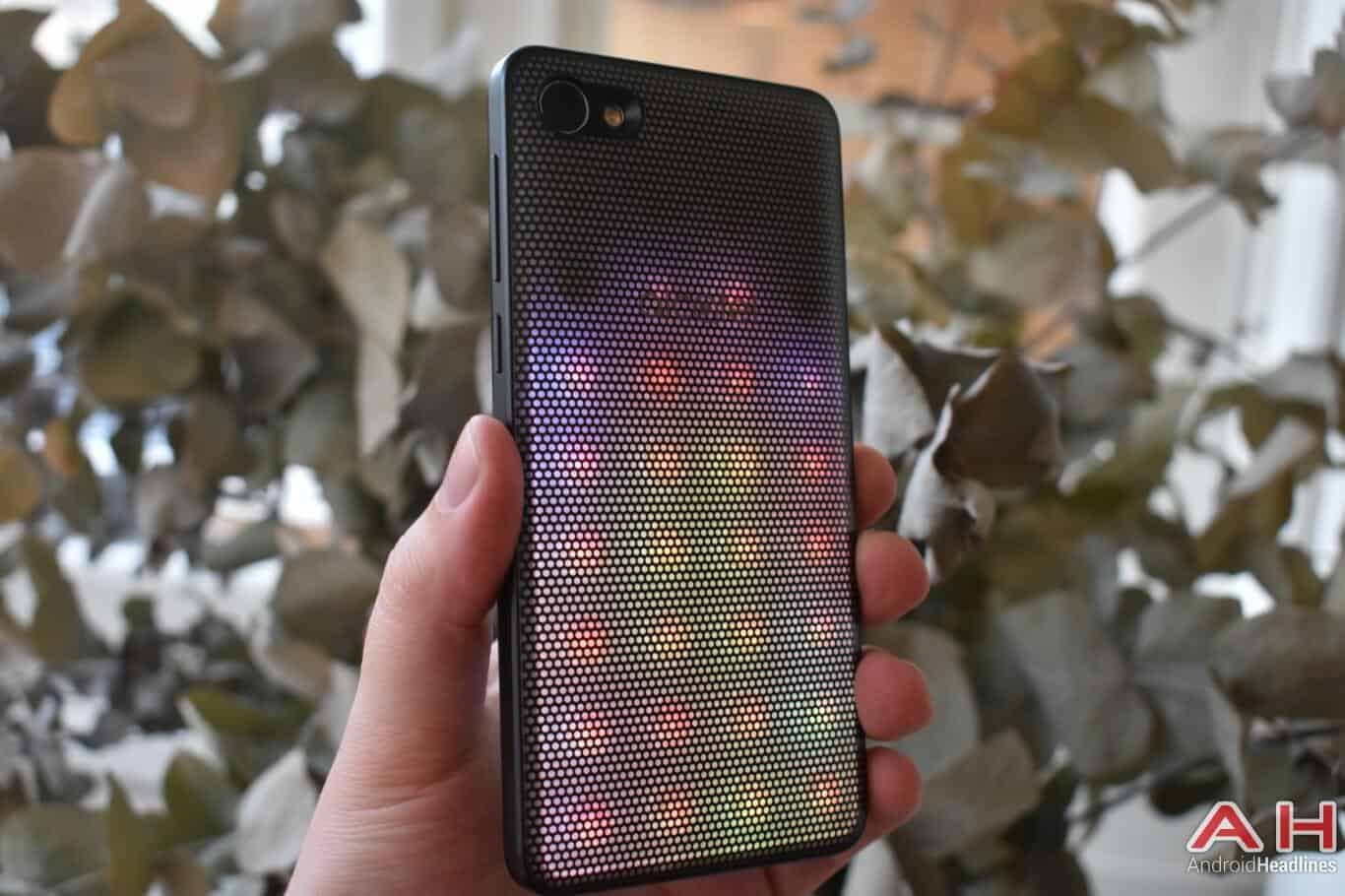 Of course the main feature on the A5 LED is that LED-cover on the back of the device. Alcatel says that you are able to set unique LED patterns for different notifications. So you can set a specific pattern for calls, another for text messages and so on. You can also set different patterns through the Color Catcher 2.0 app that is pre-installed on the A5 LED. This way you can have a different theme for every day of the week. The LED's can also light up with your music and move with your tunes, making for a pretty cool equalizer.

When it comes to specs, there's a 5.2-inch HD display here (that means its a 1280×720 resolution). The MediaTek MT6753 is powering the A5 LED and it's an octa-core 64-bit processor that is paired with 2GB of RAM and 16GB of storage. There's an 8-megapixel shooter on the back along with a 5-megapixel front-facing shooter. Finally, the Alcatel A5 LED is powered by a 2800mAh battery, which should be hefty enough to keep the A5 LED going all day long, even with that LED back-cover being used all day.

The Android Marshmallow-powered Alcatel A5 LED is definitely an interesting looking smartphone, and might even be the most interesting or different smartphone that we see at Mobile World Congress this upcoming week. It's a concept that we haven't really seen before on a smartphone, but we have with speakers, like the JBL Pulse. Alcatel has not yet announced any pricing or availability on the Alcatel A5 LED, so it's tough to say whether it'll be available in the US or not, but likely it won't. The Alcatel A5 LED, in case you couldn't tell, is aimed at younger consumers, or put more bluntly "millennials".