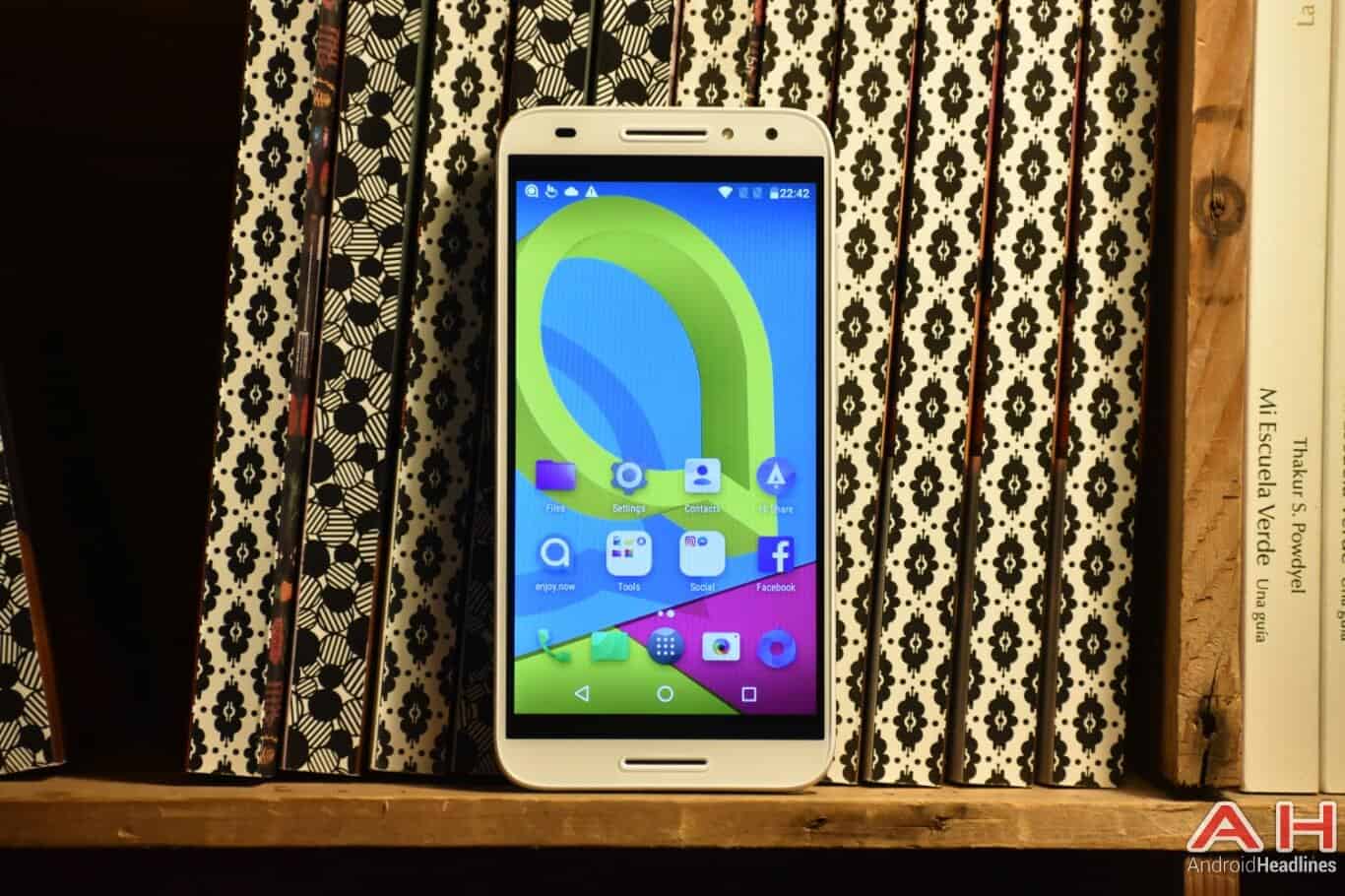 Alcatel made the trip over to Barcelona with quite a few smartphones to announce. Mostly mid-range and low-end smartphones, like the Alcatel A3. This smartphone is coming with a 5-inch 1280×720 resolution display and is powered by the MediaTek MT6737 quad-core processor. This one comes in clocked at about 1.25GHz, and also runs the show with 1.5GB of RAM. Alcatel has thrown in 16GB of internal storage for good measure. One of the downsides to the Alcatel A3, and perhaps not that surprising given that it is a low-end smartphone, is the fact that Android 6.0 Marshmallow is running on this one. There's also a 2460mAh battery inside.

Just because the Alcatel A3 is a low-end smartphone doesn't mean that it isn't secure. Because it surely is. It has a fingerprint sensor around back, just below the 13-megapixel camera. Alcatel is also positioning this as a cheap but secure smartphone that is under 5-inches, stating that it is the most affordable 5-inch smartphone. Ironically enough, Alcatel has not yet announced the pricing of the Alcatel A3 just yet, but it's bound to be a pretty cheap one. It also likely won't be coming to North America – other than on prepaid carriers like Boost Mobile, Virgin Mobile, MetroPCS or Cricket.

Alcatel is touting the premium build here on the A3, which to many might be a bit surprising. They aren't saying it's premium compared to something like the Galaxy S7, LG G6 or even the BlackBerry KEYone, but it's premium compared to other smartphones in its price range and spec-range. It is still a plastic smartphone, but it does have higher-end plastic (read: not glossy plastic). The Alcatel A3 joins the A-series that Alcatel announced at CES 2017 last month in Las Vegas, this isn't the only A-series that was announced at Mobile World Congress today, there was also the A5 which is a slightly larger device. There was also the Alcatel A3 XL that was announced at CES 2017, which is a much larger version of the A3 announced today. You can check out the gallery below to see how the Alcatel A3 looks, it's definitely one of the most interesting looking 5-inch smartphones on the market.