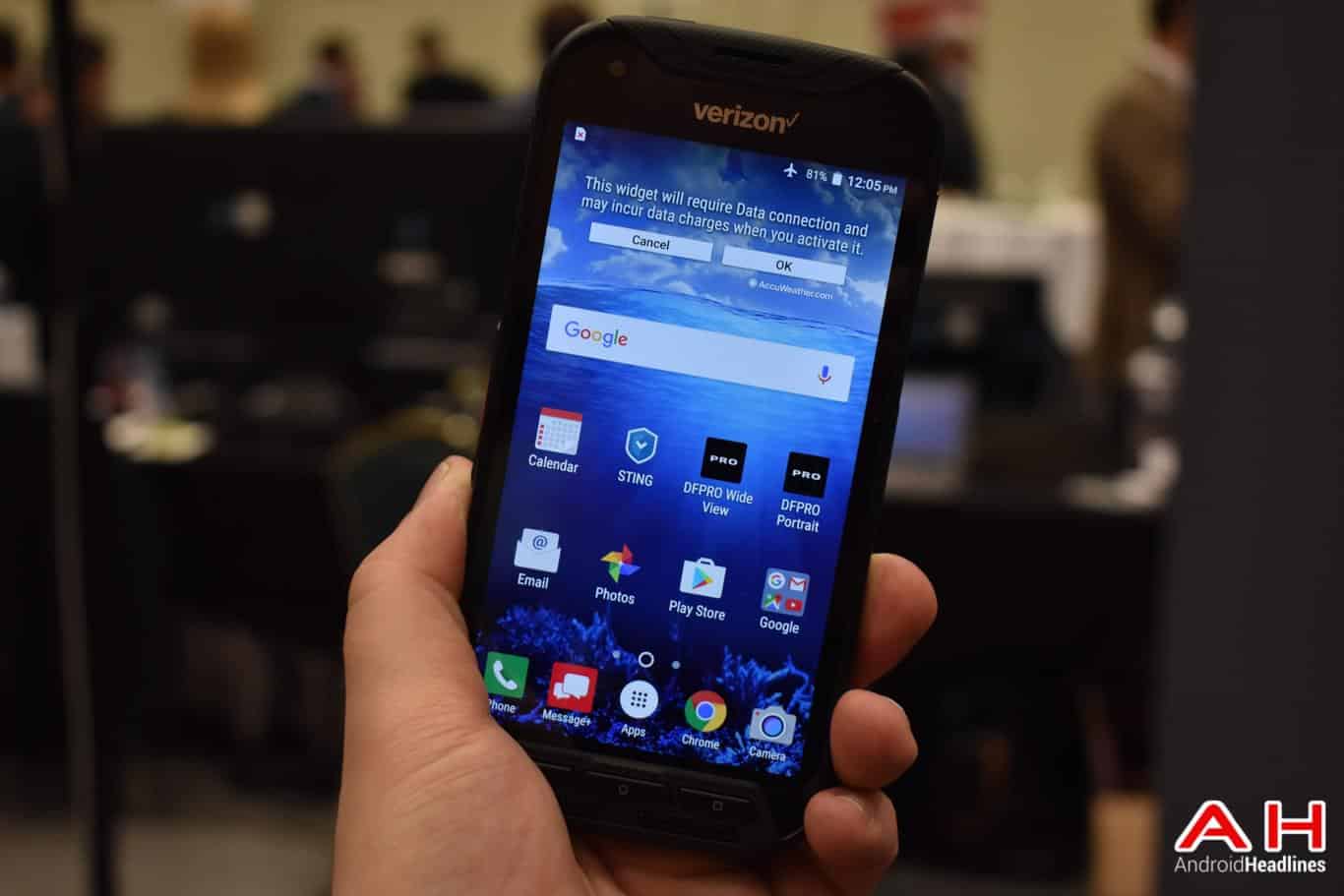 Kyocera is showing off a rather durable smartphone at MWC 2017 this week, and it's the DuraForce Pro. This is one that was actually already announced and has been available for quite a while already. In fact, it's available on Verizon here in the US right now, but we just got a chance to go hands-on at Mobile World Congress in Barcelona with it, and it's pretty impressive.

This Android smartphone has a Sapphire Shield, which means that the screen is virtually indestructible. Definitely good for those that drop their phones quite often. It's also quite rugged, as you'll see a pretty large bumper around the smartphone here. It sports a 5-inch 1080p display, powered by the Qualcomm Snapdragon 617 and 2GB of RAM. There is 32GB of storage – around 26GB is user accessible – and it is complimented by a micro SD card slot that can support up to 256GB micro SD cards for expanding storage. Kyocera has put two 13-megapixel cameras on the backside along with a 5-megapixel front-facing shooter here. Finally, there is a pretty hefty 3240mAh battery inside powering the show. And it is running on Android 6.0 Marshmallow, there's no word on whether this will get updated to Android 7.x Nougat, however.

It's a great smartphone for those that are in industries where you need a tough smartphone, as this one is water proof and dust proof as expected, but it can also take some drops if needed. It's actually one of their lesser protected smartphones, as many of them have much larger bodies for taking impact of being dropped. But because it has a Sapphire display, the display is virtually impossible to break as it is. Which is a pretty cool feature, and one many other smartphone makers need to adopt these days. If you are interested in picking up the DuraForce Pro, it is available at Verizon Wireless right now, and you can pick it up with some unlimited data. You can pick it up for $408 at full retail (which isn't a bad price, to be honest, for a phone like this) or for $17/month for 24 months.

Advertisement
Buy the Kyocera DuraForce Pro (Verizon)
Trusted By Millions
Independent, Expert Android News You Can Trust, Since 2010
Publishing More Android Than Anyone Else
18
Today
136
This Week
136
This Month
3302
This Year
104781
All Time
Advertisement