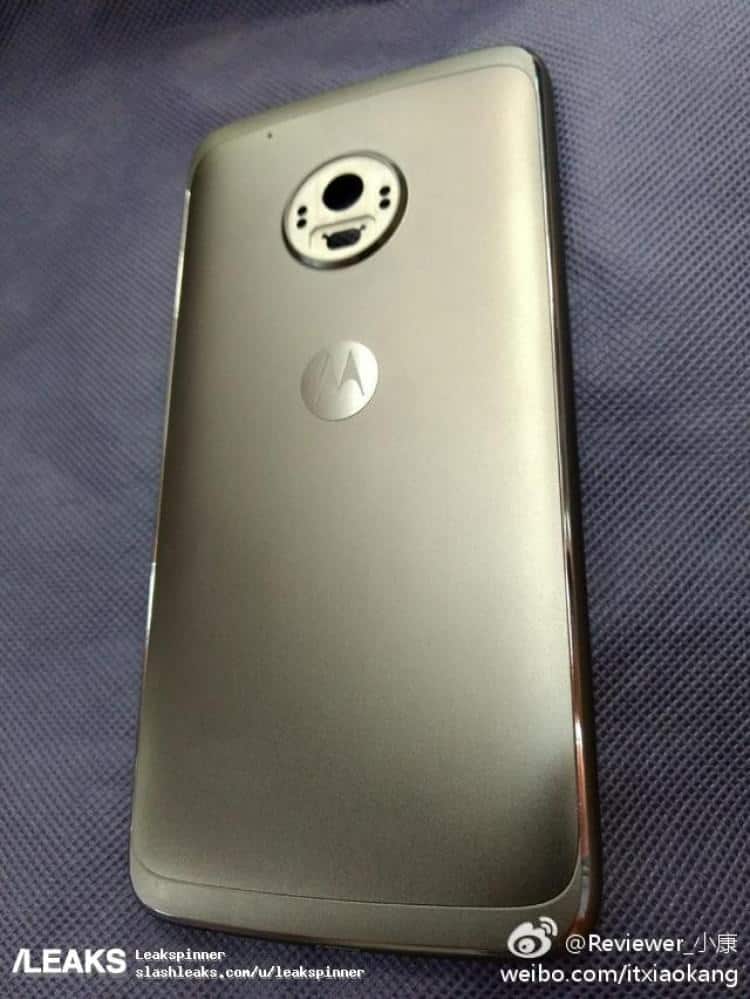 A new, alleged Moto G5 Plus image has just surfaced in China. The Moto G5 Plus has been leaking for weeks now. We’ve seen a number of designs which surfaced online, and the phone’s specifications also surfaced recently. That being said, this time around we get to check out a back side of the alleged Moto G5 Plus handset. This design is rather similar to some other designs that have surfaced recently., though it seems like this is only a back side of the phone, as the camera unit and belonging sensors are not included here, so we’re probably just looking at an empty shell here.

As you can see, this is a Gold-colored variant of the Moto G5 Plus, and the company’s logo is placed on the back of the device. It seems like the Moto G5 Plus will be made out of metal, and it will sport chamfered edges, at least that’s what this leak leads us to believe. There are some cutouts on the back of this phone, and the ‘oreo’ is there for the camera unit and its sensors, of course. The large cutout will host a rear-facing camera sensor, while the cutout below it is reserved for the LED flash, quite probably a dual-LED, dual-tone flash. Now, according to some previous leaks, the Moto G5 Plus will sport a fingerprint scanner, and it will be located below the phone’s display. The device will probably sport a 5.5-inch fullHD (1920 x 1080) panel, though some rumors have been suggesting that we might get a 5.2-inch fullHD display on the ‘Plus’ variant of the Moto G5, which seems hard to believe.

According to rumors, the Moto G5 Plus will ship with 4GB of RAM, and it will be fueled by the Snapdragon 625 64-bit octa-core processor. A 3,080mAh battery will probably be included on the inside of this smartphone, and a 13-megapixel snapper could be placed on the back of the phone. You will get at least 32GB of internal storage in the Moto G5 Plus, and quite probably a chance to expand that storage via a microSD card as well. Android Nougat will come pre-installed on the Moto G5 Plus, and rumors have been suggesting that the device will ship in Black, Silver and Gold color variants.