Following the trend of using a smartphone to take selfies, Meitu has unveiled a new device – the Meitu T8. One which puts the main (rear) camera technology front and center. The camera technology in question is the same Sony IMX362 "Dual Pixel" sensor found in many high-end phones from around the world, so Meitu's device certainly isn't using new technology. However, it has previously been reserved for the back of any given device as the main shooter. Meitu saw and seized on an opportunity to utilize the technology where many users will notice it the most – for selfies.  The "Dual Pixel" in the description may require some explanation since it doesn't, in fact, refer to twice as many pixels. Instead, it refers to the fact that Sony's IMX362 utilizes, splits each pixel between two photodiodes. The pixel split allows the camera to "phase detect" autofocus rapidly without depending on yet another sensor being included on a given device. Meitu revealed the T8 on February 22.

Having a 12-megapixel sensor on the front means that it will be easier than ever for users to take front-facing images without much worry about blurry images or poor lighting normally associated with more fixed front cameras. The front camera even features optical image stabilization. Fortunately, Meitu also hasn't ignored the rear camera – or any of the rest of the device for that matter. In fact, nearly every aspect of the device puts it firmly in the high-end category of smartphones. Turning the T8 over will reveal a 21-megapixel Sony IMX338 sensor-driven main camera. Under the hood, there is a MediaTek Helio X20 deca-core processor clocked at 2.3 GHz, backed up by 4GB RAM and a 3,580 mAh fast-charging battery. It has a generous 128GB of storage – so selfie enthusiasts can download as many photo-editing, video-chat, and image snapping applications as they want. Finally, the T8 is capped off with a robust 5.2-inch Super AMOLED 1080p screen. While Meitu also chose to use premium materials and the T8 has a full-metal design and ceramic in its front-facing fingerprint sensor

The OS may actually be the only drawback since Meitu's latest device comes with Android 6.0 (Marshmallow) instead of the newer Android 7.0 (Nougat). Although, it is expected to only be available in China for now and by the looks of it, will go on sale on February 24. 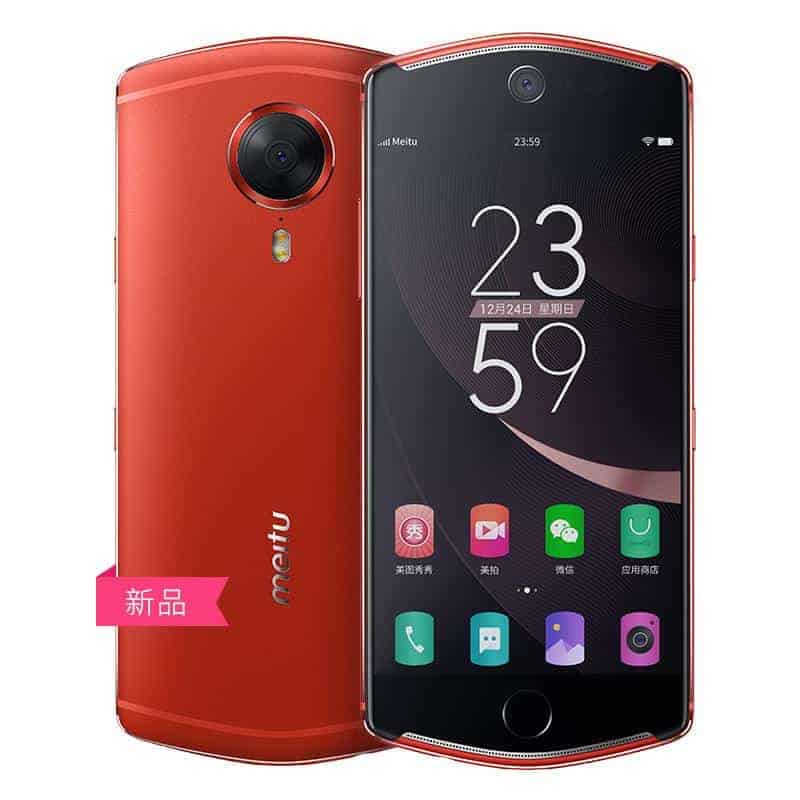