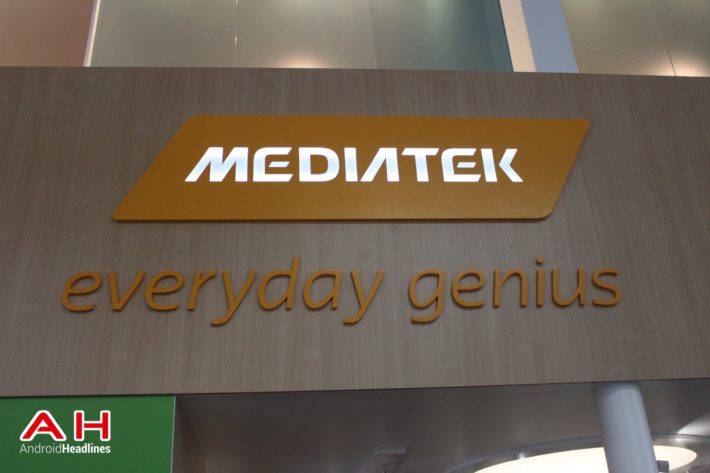 MediaTek had unveiled their new flagship SoC, the Helio X30, at MWC 2017 today, and along with it, the company introduced their new CorePilot 4.0 technology. We'll focus on the CorePilot 4.0 here, and if you'd like to read more about the company's new SoC, check out its original announcement. That being said, MediaTek's CorePilot 4.0 tech essentially manages smartphone tasks in an intelligent way, this applies to smartphones that are fueled by MediaTek's Helio X30 SoC, of course. Thanks to CorePilot 4.0, the Helio X30 is capable of delivering up to 25 percent more power savings compared to its predecessor, says MediaTek.

So, how exactly does this work? Well, CorePilot 4.0 is set up to use intelligent task scheduling system, in addition with thermal management and user experience monitoring technology, which essentially results in proper prioritizing smartphone tasks and power usage predictions. All of this, in the end, makes the Helio X30 more efficient, or at least MediaTek says that's the case. "Just like your heart automatically reacts to numerous tasks your body is doing, CorePilot 4.0 automatically directs power where and when it's needed to maintain efficiency," said Jeffrey Ju, Executive Vice President and Co-COO of MediaTek. CorePilot 4.0 actually comes with a centralized intelligent task scheduling system which optimizes energy efficiency, while it also includes UX Monitoring and System Power Allocator (SPA), which is the latest thermal management system. This System Power Allocator is expected to predict individual power usage scenario, and it prioritizes which application is the most important to the user. UX Monitoring, on the other hand, analyzes system feedback on the current display framerate, activities that are happening in the foreground and other actions that require immediate performance boost.

CorePilot 4.0 is actually built on MediaTek's Tri-Cluster processing architecture which is utilized in the Helio X30 processor. There are three processor levels in this architecture, minimum, medium and maximum levels, and in combination, they're supposed to balance needs and requirements of smartphone applications, their processing, and so on, essentially everything needed in order to offer that balance between smooth performance and power efficiency. This architecture is different to what most other processors ship with, as most other processors ship with two types of cores, while MediaTek is trying to push things a bit further with three types of cores. 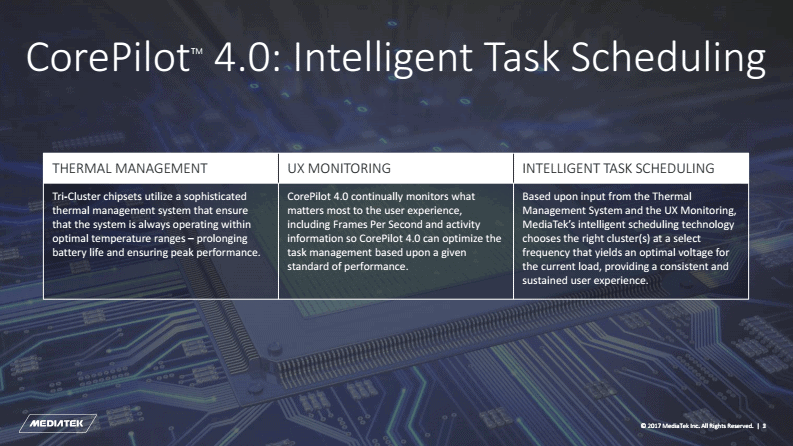