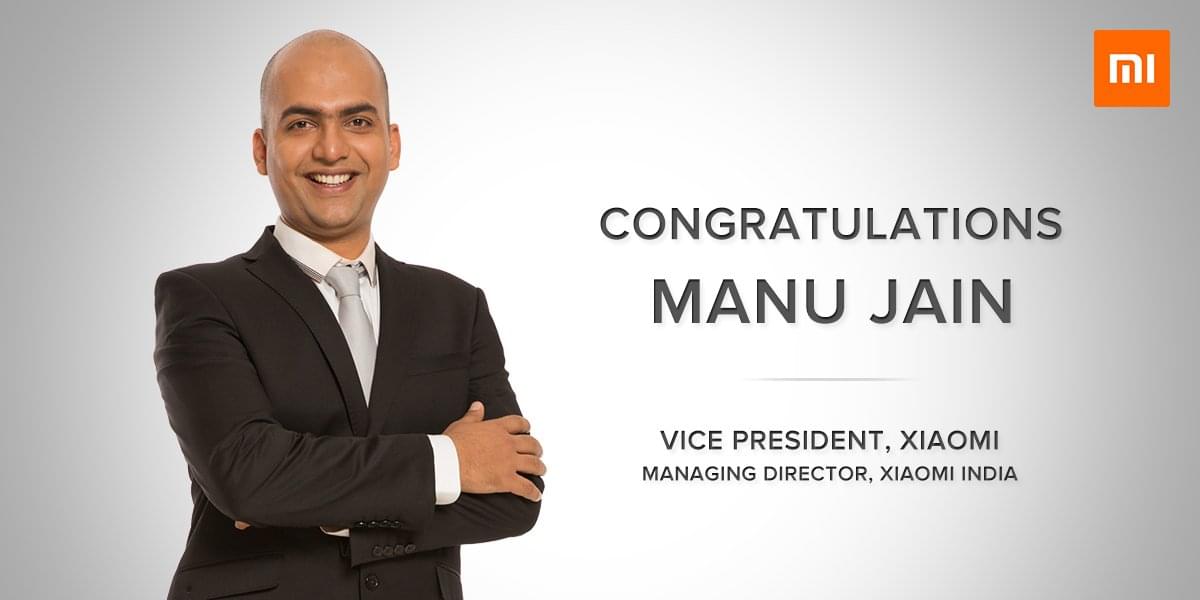 Chinese smartphone giant Xiaomi has appointed Mr. Manu Kumar Jain as the company's new Vice President. The post fell vacant earlier this year when Xiaomi's former VP of global operations, Mr. Hugo Barra, left the company for Facebook, where the former Googler is expected to lead the social networking giant's VR division. With this promotion, Mr. Jain, who was the head of Xiaomi's India operations up until now, will assume the title of Vice President, although he will continue to remain the Managing Director of the company's Indian unit. His promotion comes in the wake of Xiaomi's stellar performance in the country over the past couple of years, even as the company continues to struggle against newer rivals such as OPPO and Vivo in its own backyard.

Xiaomi, under the leadership of Mr. Jain, has become the second-largest smartphone brand in India, earning over $1 billion in revenues and accounting for 10.7% market share last year in a highly fragmented market that continues to be led by South Korean consumer electronics giant, Samsung. Xiaomi also became the largest-selling smartphone brand online in the country last year, thanks largely to the massive popularity of the company's mid-range phablet – the Redmi Note 3. Although that particular device has now been discontinued, its successor, the Redmi Note 4, has already received a rapturous welcome in the country, selling over 250,000 units in just ten minutes when it went on sale for the first time late last month. It will be interesting to see, though, whether the fourth-generation Redmi Note phablet will be able to emulate the massive success of its predecessor in the long run.

With India already the second-largest market for Xiaomi ahead of countries such as Brazil and Indonesia, it is easy to see why Mr. Jain is held in such high regard by the Xiaomi leadership. He joined the company in 2014 from Jabong.com, an online fashion retailer he had co-founded two years earlier. His promotion is also being seen as a signal that India will continue to remain an important market for the Chinese tech company in the years to come. Mr. Jain has already received congratulatory messages from his colleagues, with @XiaomiIndia twitting "@manukumarjain, congratulations from the entire Xiaomi family on your promotion to Vice President of Xiaomi!".