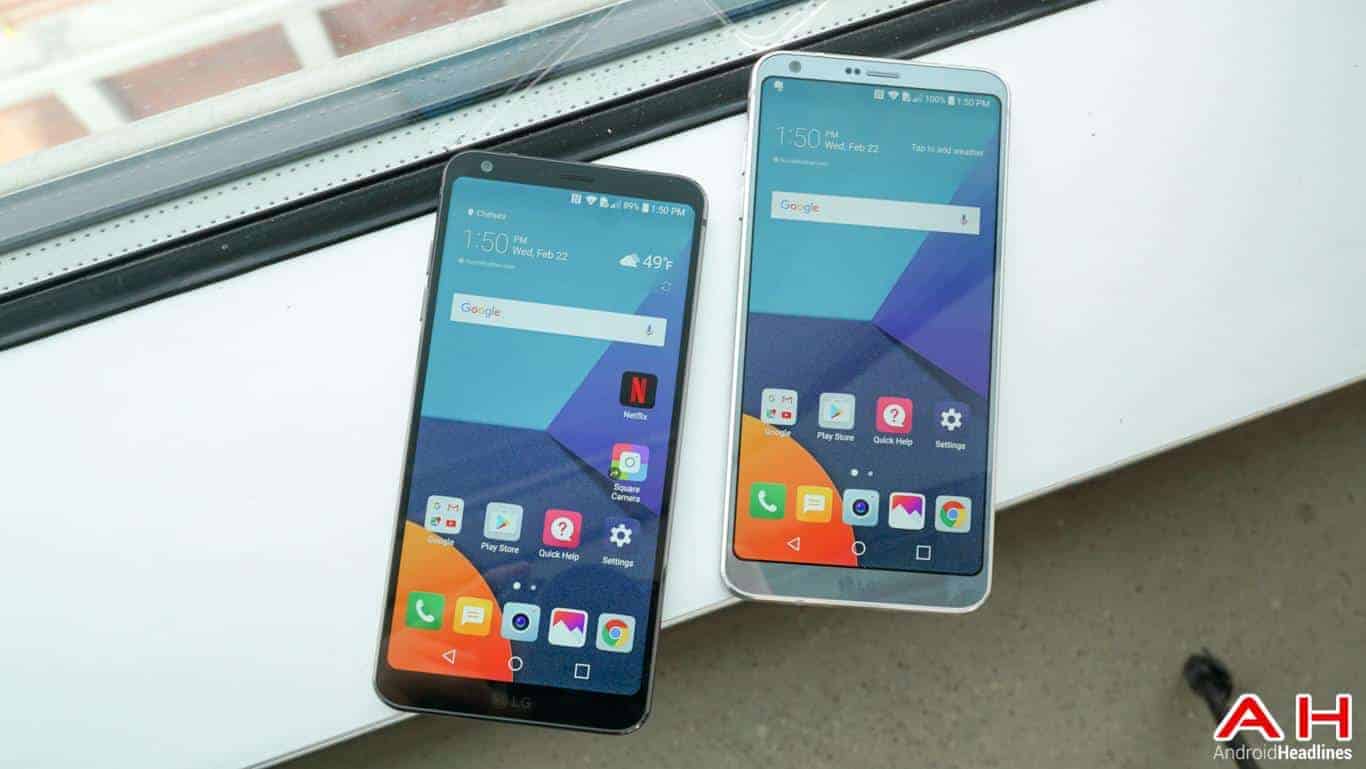 LG, today, announced their latest flagship, the LG G6. It drops what made the LG G5 special last year, and for many users, that may be a good thing. After making a big deal about the LG G5 being "modular" and having "friends" like a DAC, a battery grip and other add-ons, LG has gone the more safe approach this year. Launching the LG G6 as an all metal and glass smartphone. Now, since it is an all-metal and glass device, that does also mean that there is no longer a removable battery. That was one of the features that LG had going for it, with everyone else ditching it recent years. The company says that they made up for this by adding in a larger 3300mAh battery, compared to the 2800mAh battery in the LG G5 last year.

While we're talking specs, the LG G6 has a 5.7-inch Quad HD IPS Quantum display (it's basically the same as the LG G5's display, but bigger and in a 18:9 aspect ratio as opposed to a 16:9 aspect ratio). It's also powered by the Qualcomm Snapdragon 821 processor, and there is 4GB of RAM included. LG is offering up the 32GB model here in the US, while some other markets – which weren't specified – will be getting a 64GB model. Luckily, there is a microSD card slot available for expanding the storage on the LG G6. As we mentioned, the LG G6 does have a larger 3300mAh battery, and it does support Quick Charge 3.0. LG quotes that you can get 50% charge in about 35 minutes – that's actually pretty standard for Quick Charge 3.0 capable devices.

Specs aren't the whole story here with the LG G6 (and they shouldn't be, considering the device is using specs very similar to last year's LG G5). One of the big features of the LG G6 is the Google Assistant. LG is the first to launch a smartphone with the Google Assistant "out of the box", other than the Pixel smartphones from Google. There's no surprises with how it works here on the LG G6. Long-press the home button and you can get to the Google Assistant, and use it just like you would on the Pixel. LG has also made the G6 water-proof, it's rated at IP68, that means it can be submerged in up to 1.5-meters of water for up to 30 minutes and still work. So if you're someone that might drop your phone in the toilet, splash some water on it, or use it in the rain, you'll be fine with the G6. Additionally, it is water proof without any flaps. The 3.5mm headphone jack and USB-C port are wide open and it can even be charged while it's wet.

LG did something that no other smartphone maker has done just yet, and that is to make a smartphone with a 18:9 aspect ratio display. Smartphones actually used to sport a 4:3 aspect ratio, then everyone moved to 3:2 when the iPhone came out. Once smartphones started gaining large displays, everyone moved to 16:9. Now LG is the first to throw out a smartphone with a 18:9 aspect ratio and they are definitely happy to tell you that they are first. Now with it being 18:9, that means that they needed to redesign some of the GUI (Graphical User Interface) elements. Some of the big changes are in the dialer, contacts and camera apps. In the camera app, when you are in auto mode, you'll see a camera roll of photos on the side of the viewfinder. This actually allows you to have a much better experience, than just seeing a small circle in the corner of the interface showing your most recent picture. LG did also work with developers like Netflix to make sure that their app is ready for this display, and experiencing Netflix on this beautiful looking display is definitely impressive.

The LG G6 is made from a glass back and has a metal frame, a lot like other premium smartphones on the market. LG is however, playing it a bit safe here and are only launching the device in black and platinum. The black is a fingerprint magnet as expected, while the platinum is a bit less so. The platinum color is also sporting a brushed aluminum look (don't be fooled, it's still glass), and looks really nice. The LG G6 will be available on all four US carriers – AT&T, Sprint, T-Mobile and Verizon – and should be available soon. LG hasn't given specific availability just yet.