LG Electronics is expected to launch its G6 flagship at the MWC trade show in Barcelona later this month, but the smartphone might be accompanied by a few other devices if a new report is anything to go by. The South Korean consumer electronics manufacturer has apparently applied for trademarks on a number of different names, all of which include the "G6" moniker. There are at least eight different names that LG is apparently looking to trademark, including the G6 Compact, G6 Lite, G6 Hybrid, G6 Prix, G6 Forte, G6 Young, G6 Sense and G6 Fit. It remains to be seen whether the Korean firm will eventually launch all of these devices as a part of its G6 lineup, but there’s a good chance that at least some of these names will eventually appear on the market. It's worth noting that some of these trademarks seemingly refer to wearables.

With the screen real estate on smartphones increasing steadily over the past few years, "compact" handsets are becoming increasingly more difficult to find. While Sony and a few other brands continue to cater to buyers that seek high-end compact phones, the vast majority of mainstream contemporary smartphones are phablets that typically ship with 5.5-inch screens or even larger display panels. LG isn’t among the manufacturers that have traditionally catered to the compact smartphone market, but the company did recently launch a premium handset that was essentially a smaller version of the LG V20. The phone was called the LG V34 and was sold exclusively in Japan, featuring a 5.2-inch screen instead of the 5.7-inch panel found on the LG V20.

With LG jumping on the compact smartphone bandwagon with the V34, it will be interesting to see if the LG G6 will also get a "mini" counterpart and if it does, if it will pack in the same sort of powerful hardware that the standard G6 is expected to ship with. The LG G6 was originally rumored to ship with the Snapdragon 835 system-on-chip, but recent reports have suggested that it might launch with the Snapdragon 821 instead because Samsung has apparently reserved the initial supply of the Snapdragon 835 chips for its upcoming Galaxy S8 smartphone. 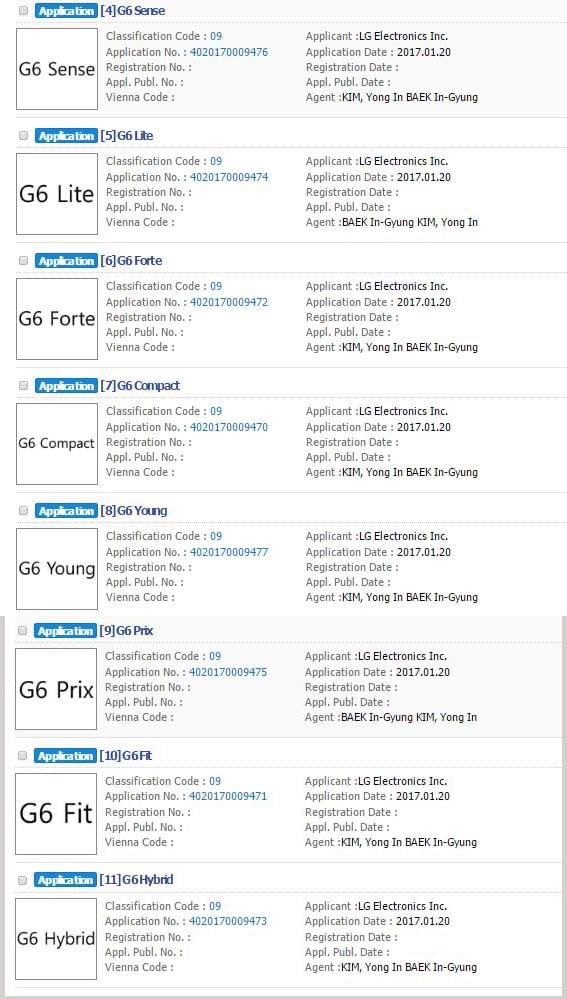 Advertisement
Trusted By Millions
Independent, Expert Android News You Can Trust, Since 2010
Publishing More Android Than Anyone Else
2
Today
32
This Week
212
This Month
1485
This Year
111585
All Time
Advertisement