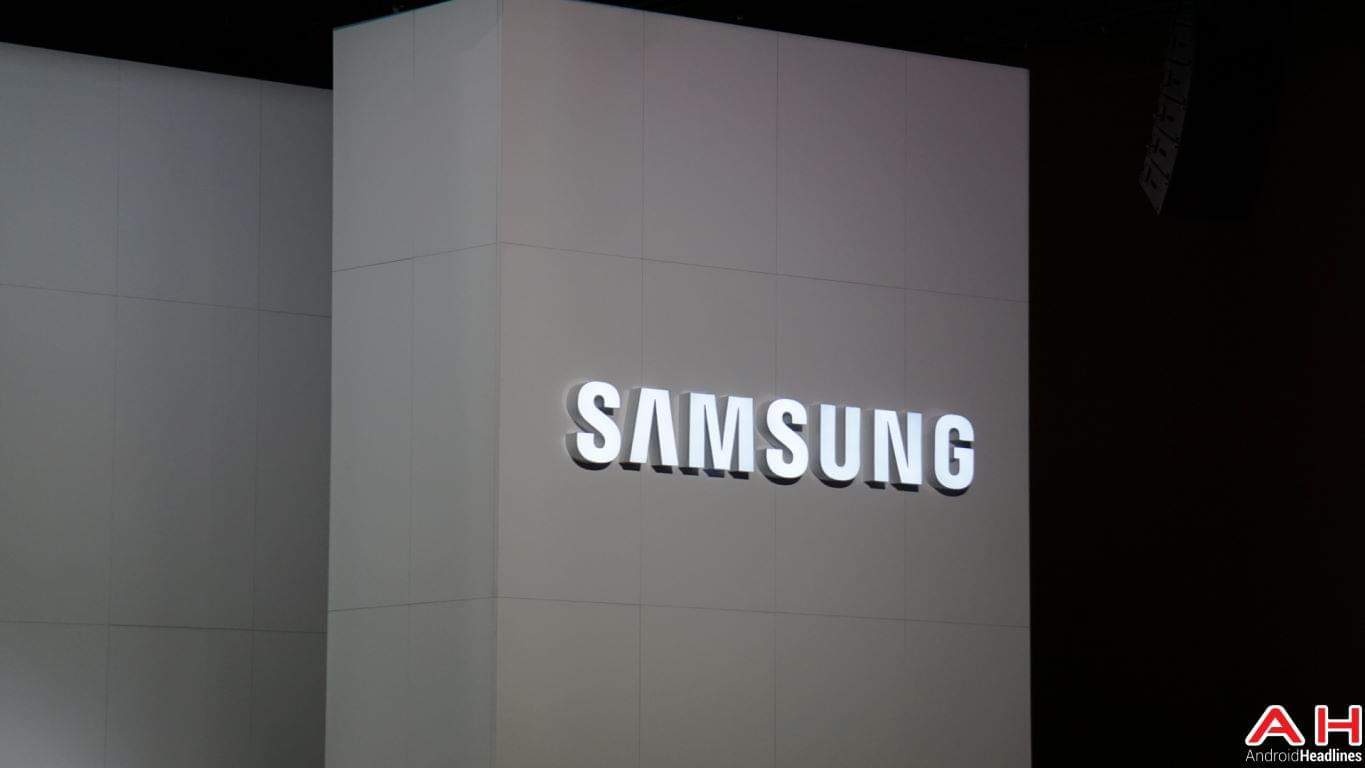 Just yesterday, the specs of the Galaxy S8 Plus from Samsung leaked out and now the smaller version – the Galaxy S8 – seems to have surfaced as well. This time around though, the specs seem to be almost identical to the Galaxy S8 Plus. Thanks to TechnoBuffalo, it appears that the Galaxy S8 will feature a 5.8-inch display (or a 5.6-inch if you stick with the rounded corners) and it’ll be a Quad HD+ Super AMOLED display. It’ll also sport 4GB of RAM and 64GB of storage, the image does also confirm that there will be a micro SD card slot that can support up to 256GB of additional storage. No word on the processor in this leak, but many fingers are pointing towards the Snapdragon 835 – at least for the US.

Some of the other specs on the Galaxy S8 include a 12-megapixel Dual Pixel camera on the back with a 8-megapixel front-facing shooter. It’ll also be water and dust-resistant, rated at IP68 as well as having an Iris scanner. Samsung appears to be keeping its wireless charging functionality, which they are one of the few companies still putting wireless charging in their smartphones. This image also notes that there are “earphones tuned by AKG”, however those likely won’t be in the US models, as those usually get taken out. Whether that’s due to the carriers or some other reason. Of course, it’ll still have the standard Samsung features like Knox and Samsung Pay.

Judging by this latest leak on the Galaxy S8, it appears that many of the leaks are correct, in terms of the specs for this device. With it stating a “Quad HD+” resolution display, that leads many to think that it will indeed have a 18:9 aspect ratio display, which would put it just past the resolution of Quad HD. The Galaxy S8 won’t be announced at Mobile World Congress when Samsung takes the stage in Barcelona on Sunday, but it shouldn’t be too far off. Especially with the number of leaks coming out lately. In fact, a leak that surfaced earlier today noted that the device will be on sale on April 21st, which really isn’t that far off. 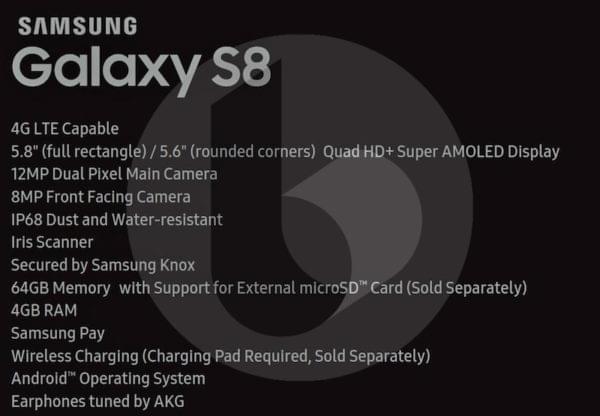